On the Dangers of National Reparations 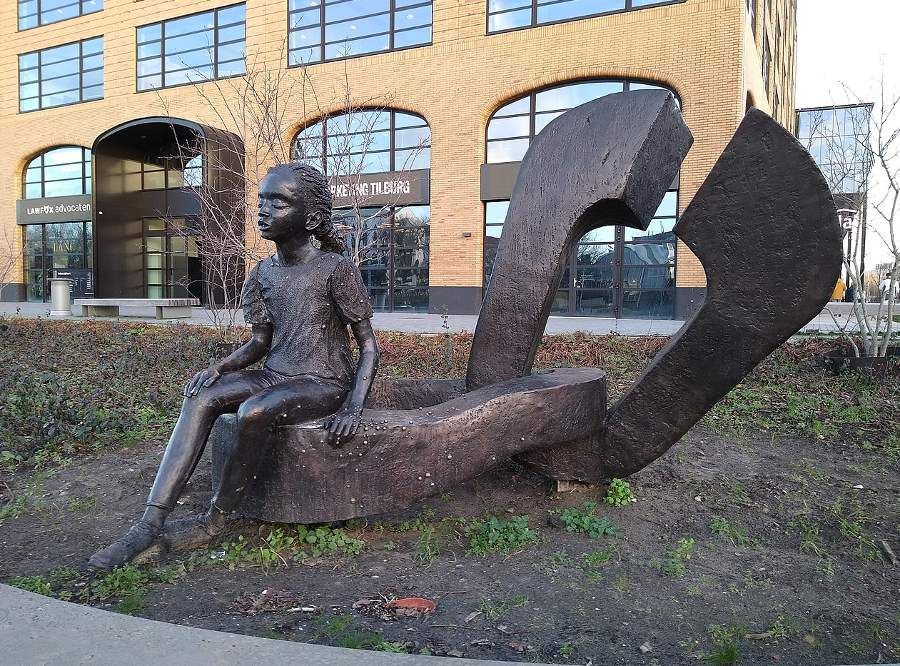 Last week the Church of England decided to establish a £100 million fund to “improve opportunities for communities adversely affected” by slavery. But aren’t those “reparations?” No, of course not. Amends, maybe. Reimbursements. Just desserts, even. Not reparations!

Reparations by Any Other Name

But that’s exactly what they are. And the Left is pushing for such here. A “reparations” panel in San Francisco just proposed $5 million for each black person living there. No matter that the total cost would exceed the city’s entire budget several times over. Congressional Democrats held hearings on doing that nationwide back in 2019. The estimated cost? Just another $2 trillion added to the current $31 trillion debt. (That’s still less than the Egyptians demanded from Israel, 20 years ago, for the Exodus.) Plus, it would poison already-fraught race relations. While many black Americans support the idea, 80% of whites, 65% of Asians and 58% of Hispanics do not.

The Brits and Americans Have Already Paid Them

Furthermore, the UK and US have already paid, in treasure and blood, for slavery. Not only did the Royal Navy, starting in 1807, interdict slaving ships from other nations and free the Africans. Over the following years, the British government spent the modern equivalent of $20 billion to emancipate slaves in its domains. (Benedict Cumberbatch’s family allegedly benefitted — and Barbadian reparationistas are coming for him now.) The cost to this country was even greater. Over 600,000 Americans died in the Civil War, which was primarily about ending slavery — even if liberals don’t want to admit it. In addition, since LBJ instituted the “War on Poverty” in 1965, the US has spent $22 trillion on helping its underclass, which is thrice the cost of all our wars combined. And most of that money has been ear-marked to help black Americans in particular.

So as an American I am, to put it mildly, skeptical of any more such reparative programs. And as a professor who teaches world history, I wonder why slavery is singled out as an evil for which the West — mainly the Anglosphere, since I don’t see the Portuguese or Spanish or French (or Africans themselves, for that matter) offering to pony up — must pay particular penance. In fact, let’s look at some other historical injustices and see how they stack up and what’s being done to atone for them.

What About Islamic Slavery?

Trans-Atlantic slavery was perhaps the largest, but by no means the only, example of mass slaving in history. A close second was the Islamic slave trade, perpetrated first by the Arabs and then the Ottoman Turks. And it continued into the 20th century. Tens of millions of Africans were turned into human chattel. Why no calls for Saudi Arabia, Egypt or Turkey to pay reparations, then? In addition, at least 1 million white European Christians were likewise seized as slaves by North African Muslims. Where’s their compensation?

Also, the Ottoman Empire for centuries harvested young Christian boys from its conquered territories in eastern Europe. This was the devşirme, which supplied the Turks with slave soldiers for their army. How much did this cost the Balkan countries, in wealth and tears? Slavery, of course, was a constant of all human societies for millennia. But if one kind demands recompense, shouldn’t they all?

It was Mongol Policy to Give You the Plague

Man’s inhumanity to man goes far beyond slavery, too. The greatest land empire in history was that of the Mongols. In creating it Genghis Khan and his successors killed perhaps 60 million people. In his lifetime the Mongol emperor was worth perhaps $1 trillion, as his armies raped, pillaged and looted across Eurasia. Why no calls for modern Mongolia to compensate the peoples of Europe, the Middle East and China for the wealth and lives they lost?

Even worse, the Mongols brought the Black Plague upon Europe. Some 50 million people died as a result. That’s as many as died from smallpox and influenza when the Conquistadors infected the Aztecs and Incas. Yet there, in 2019, the Mexican President called upon the Spanish to apologize, if not (yet) to pay reparations. Well, then, Mongolia should be held to the same standard. Sauce for the goose and all that.

What about Japan? Despite invading, occupying, and brutalizing both China and Korea in World War II, Japan has steadfastly refused to consider restitution—or even actually apologize. (In fact, just last week the South Korean government tacitly admitted defeat on this front.) So don’t expect Japan to express any remorse over its genocide of Catholics, both native and foreign missionaries, in the 17th century.

Constantinople Used to be Someone Else’s Business, Not the Turks’

We’ve heard “give (all of) Ireland back to the Irish” since the 1960s. Shouldn’t the Turks give back Constantinople? Despite the ahistorical claims of National Geographic, they aren’t “indigenous” to the city or the region. The Ottoman Turks finished off the Eastern Roman/Byzantine Empire in 1453, turning Christianity’s largest church into a mosque (which Turkish President Erdoğan put back into effect recently). Why shouldn’t the Turks give Anatolia back to the Greeks? Because it happened much longer ago than the British took over Ireland? I could cite numerous other examples, some of which have no doubt occurred to you already, dear reader. The Armenian genocide. The Inquisition. The Aztecs’ mass human sacrifices. The Albigensian Crusade. Cromwell in Ireland. Etc.

What About the Other Side of the Historical Coin?

Am I simply engaging in historical whataboutism? Perhaps. But sometimes that is warranted. The modern Marxism-infused Left, which includes too many Christians, insists that Western civilization in general — and the English-speaking world in particular — is history’s greatest monster. But that’s simply not true, as even my brief summary above shows. And this doesn’t even factor in the many positives the West brought to the rest of the world. Democracy, penicillin, airplanes, computers, abolition, to name but a few.

C.S. Lewis Discussed This Almost a Century Ago

C.S. Lewis, in his essay “Dangers of National Repentance,” warned us about this back in 1940. “The first and fatal charm of national repentance is … the encouragement it gives us to turn from the bitter task of repenting our own sins to the congenial one of bewailing — but, first, or denouncing — the conduct of others.” And then, as now, “such an escape from personal repentance … would be welcome to the moral cowardice of anyone. But it is doubly attractive to the young intellectual.” Especially the “young intellectual” who doesn’t even know enough history to grasp whataboutism. Allow me to paraphrase another Lewis line from that same source. “If a man cannot forgive the Trump supporter next door whom he has seen, how shall he forgive the slave traders whom he has not?”