On Dictionary.com’s ‘Biggest Update Ever’: Those Who Control the Language Control the Culture 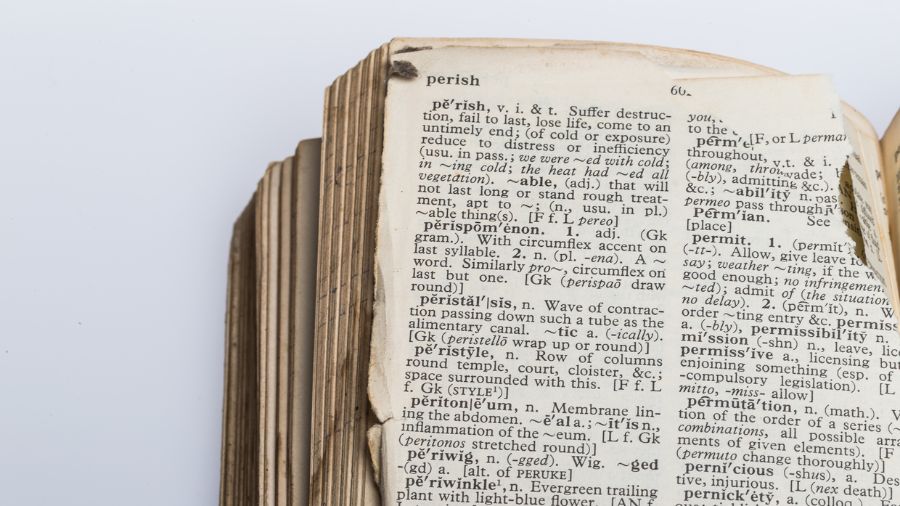 Speaking of Orwell’s 1984, a blogger noted that, “By controlling the language, Big Brother controls the way that the people think. With a limited vocabulary, the people are limited in how much they can think, as well as, what they think about.”

That’s why we should be concerned with Dictionary.com’s “biggest update ever.”

Yes, in addition to the many new words added “are the deeper revisions that document what drives us here at Dictionary.com: the ways language is constantly evolving. A great many of these entries we’ve updated address topics that touch all of us on the most personal levels: race and ethnicity, gender and sexuality, health and wellness.”

The revisions are intended to “help eliminate heterosexual bias in language,” and they were “informed” by the gay activist (or, gay activist driven) organizations GLAAD and the APA. No wonder LGBTQ websites like Out.com are celebrating the changes.

What, then, were some of these major revisions?

Goodbye “Homosexuality” — The “Clinical” Term Implies Something is Wrong

First, references to the words homosexual and homosexuality were removed from references within the dictionary. Why? Dictionary.com wants “to put people, not practices, first, and ensure our definitions reflect—and respect—how people use language.”

As for the “homosexual” and “homosexuality,” they “originated as clinical language, and dictionaries have historically perceived such language as scientific and unbiased. But homosexual and homosexuality are now associated with pathology, mental illness, and criminality, and so imply that being gay—a normal way of being—is sick, diseased, or wrong.”

So, because there is nothing wrong with homosexual practice — thus says Dictionary.com! — and because “homosexuality” implies that something is wrong, references to the word must be removed from definitions and descriptions.

My advice is simple: refuse to be controlled by LGBTQ activists and their allies.

Practically speaking, this means that “gayness” is now defined as “‘gay or lesbian sexual orientation or behavior’ compared to the outmoded gloss of ‘homosexuality.’”

This entry has a twofold definition: 1) recognition of LGBTQ identity, affirmation of equal rights, and celebration of visibility, dignity, and diversity in the LGBTQ community (formerly referred to as Gay Pride); 2) events or organizations that celebrate the LGBTQ community and its members (often used attributively).

You can even sign up to receive “LGBTQIA Language Updates Every Week”! This way, you’ll be able to “keep up with the growing language of the LGBTQIA community, right in your inbox.” (Will we also be appraised of new letters being added to LGBTQIA?)

To be sure I didn’t miss any of these exciting updates, I clicked on the link and signed up, after which I received an email allowing me to pick my preferences for future emails. These included: Word of the Day; Word Games & Quizzes; LGBTQIA Language from Dictionary.com; Synonym of the Day from Thesaurus.com; Slang Decoder; Parent Portal; Language Lovers; In Other Words from Thesaurus.com.

Talk about the hijacking of a dictionary by sexual and ideological activists. This is beyond woke.

In 1984, the Orwellian character named Syme was a philologist who specialized in Newspeak. According to Syme, “By 2050, earlier, probably — all real knowledge of Oldspeak will have disappeared. The whole literature of the past will have been destroyed. Chaucer, Shakespeare, Milton, Byron — they’ll exist only in Newspeak versions, not merely changed into something different, but actually changed into something contradictory of what they used to be.”

In addition, “Even the literature of the Party will change. Even the slogans will change. How could you have a slogan like ‘freedom is slavery’ when the concept of freedom has been abolished? The whole climate of thought will be different. In fact there will be no thought, as we understand it now. Orthodoxy means not thinking — not needing to think. Orthodoxy is unconsciousness.”

Orwell wrote his classic book in 1948, meaning that he “predicted” this scenario almost 70 years ago. Today, there is an increasing attack on studying the classics, reflected in articles like Rebecca Futo Kennedy’s “We Condone It by Our Silence. Confronting Classics’ Complicity in White Supremacy.” Who needs to rewrite the classics in Newspeak when they can simply be eliminated? (For a good response, see “Are the Classics Complicit in White Supremacy?”)

Books are Banned and Acceptable Language is Defined: Refuse to Be Controlled

We already have had to deal with the growing practice of banning the sale of books that confront PC positions, along with banning ads for such books. (Most recently, Amazon banned sales of the well-documented, fact-filled book The Health Hazards of Homosexuality while banning ads for the important new book Irreversible Damage: The Transgender Craze Seducing Our Daughters.)

But that was not enough. Now, we are told how to speak and how to think. The implications of this are massive.

My advice is simple: refuse to be controlled by LGBTQ activists and their allies. Speak wisely. Speak graciously. But speak truthfully, without compromise.

If you don’t do that today, then come tomorrow, you won’t be able to speak the truth at all.