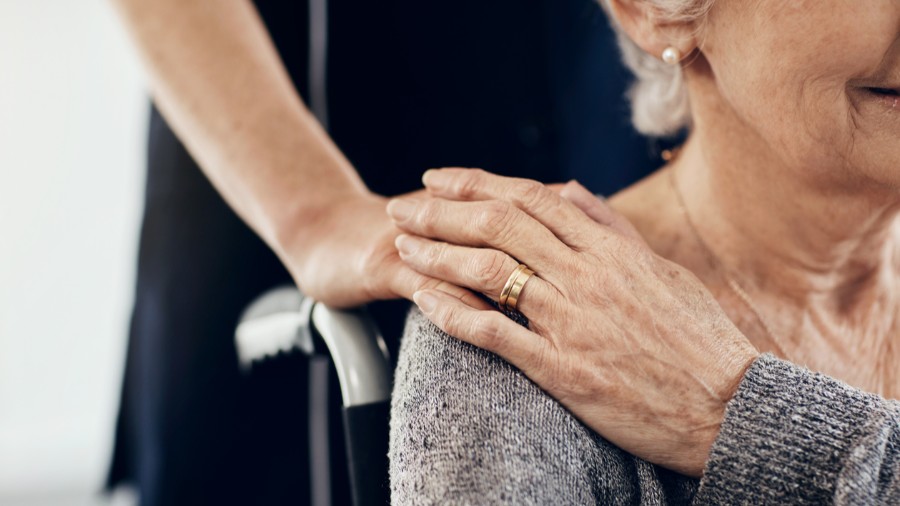 We hear it all the time these days: “Almost all the people who are dying from the coronavirus are old.” But what is this supposed to mean? Does it mean that younger people don’t need to worry about contracting it? Or does it mean something worse, as in, “Old people really don’t matter”?

As for the first attitude, namely, that younger people need not be concerned about the virus, that is hardly true.

As USA Today reported on March 19, “It’s not just adults 65 and older. Americans of all ages have faced serious health complications amid the new coronavirus outbreak, a federal health report says.

“New data from the Centers for Disease Control and Prevention show that among the roughly 12% of COVID-19 cases in the U.S. known to need hospitalizations, about 1 in 5 were among people ages 20 to 44.”

Even college-age students returning from spring break have tested positive. And, while their risk of serious illness or death is much lower than among the elderly, they are not immune.

We Should Especially Esteem Our Elders

As for the elderly, they are truly suffering.

In Italy, the average age of those dying from COVID-19 is over 79 (and almost all had preexisting conditions). And things are now so dire that an Israeli doctor working in northern Italy explained that “the orders are not to allow those over 60 access to respiratory machines.” Better to treat those who have more hope of survival.

In England, two members of London’s ultra-orthodox Jewish community died over the weekend. One was 97, the other 85.

From a biblical mentality, it is the elders who should be especially esteemed and honored.

Yes, it is the elderly in particular who are perishing.

But that doesn’t mean that old lives do not matter. To the contrary, from a biblical mentality, it is the elders who should be especially esteemed and honored.

We Tend to Value Youth

But that’s not how our modern, American society thinks.

The annual Oldtimers baseball game may be nostalgic, but it’s really sad to see how these great stars have aged.

The sentimental movie about a couple grown old may be a real tearjerker, but we’d much rather see a superhero in action. Life is for the young!

Life can be wonderful for young people, and it should be enjoyed as much as possible. Let us all live life to the full.

But there’s a reason that the president has to be at least 35 years old. Would you want a 20-year-old Commander in Chief?

There’s a reason that Alfred Gruenther became the youngest four-star general at the age of 53.

There’s a reason that the vast majority of respected scholars and scientists are in their 40s and beyond.

There’s a reason that older people teach younger people in college rather than the reverse.

Good things take time, and wisdom and knowledge are not obtained overnight. That’s why it’s not surprising that both President Trump and the two leading Democratic candidates are in their late 70s.

I just turned 65 myself, which officially makes me a “senior citizen.” But I feel just as vibrant, just as mentally sharp, just as full of vision and energy as I did in my 20s. Slowing down is not on my mind and I feel confident that, in the Lord, I have more to offer today than anytime in my past.

My esteemed colleague James Robison, himself 76, also texted this to me about older Americans: “The enemy does want to destroy the elders, the 60, 70 and older because they have a wiser broader perspective have observed the consequences of our actions. Also, they control over 50% of America’s wealth and can, if led by God, take the Gospel of the Kingdom to all nations now!

He added, “If this wealth is not directed by the elders with Godly wisdom, the money He trusted them to oversee will fund the enemy’s destruction of the very freedom the Father freely offers to the just and the unjust. Time to ‘arise and shine’ with His glory all over us!!”

To that I say, Amen!

Of course, from a medical standpoint, I do understand that countries like Italy are having to make terribly difficult decisions, asking who will more likely live. And, more broadly, I absolutely believe in the potential and gifting and calling of young people.

They are worldchangers too, and it was people like Bill Gates and Steve Jobs and Mark Zuckerberg who, as young men, greatly shaped the world we live in today. (I say that for better or for worse.)

One of my greatest joys is to teach and mentor young people, and there is nothing more important than joining the generations together.

All the more, then, do we need to stand with and for the elderly in our midst. For the grandparents and great-grandparents. For the pioneers and builders. For those who still have so much to offer and to give.

And so, rather than this pandemic trivializing the importance of older Americans, let the reverse be true. Let it remind us every day that old lives really do a matter — a lot.