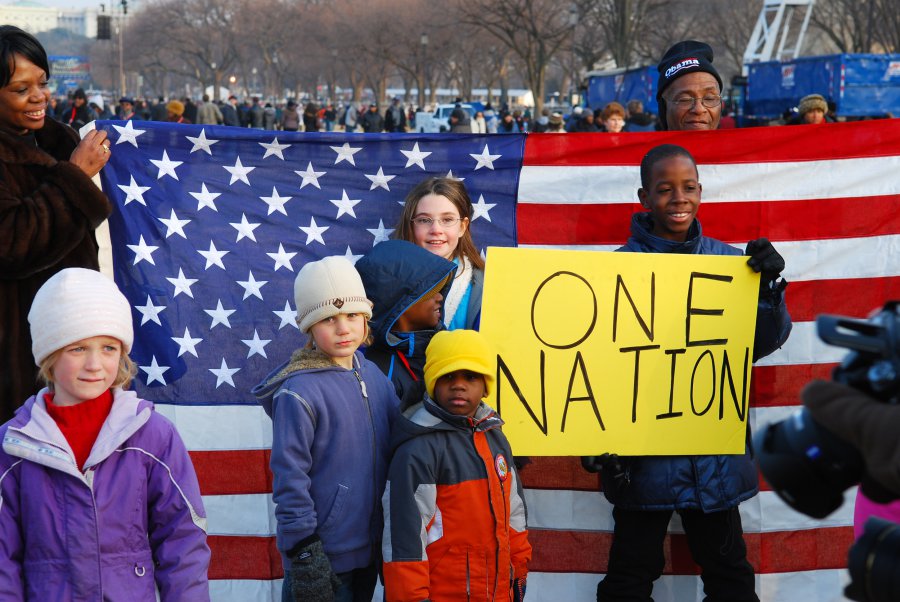 Barack Obama was president for eight years. But he still seems not to entirely understand what our country is about. “What’s unique about America,” he said recently, “is our aspirations to be a large, successful, multiracial, multicultural, multiethnic, multireligious pluralistic democracy.”

America is, indeed, a land for people of every racial and ethnic background. This is part of the country’s glory. But these things are benign. They have nothing to do with one’s character, conduct, dignity, or promise.

We cannot be one people if we insist on keeping intact unique cultural identities. We now have everything from “safe spaces” for racial minorities at public universities to white nationalists who march shouting, “Jews will not replace us!” Now, we have added more identities. Ones grounded in sexuality and politics. We cannot share in a common future if we divide into wary, angry factions.

Our national motto is not, “Out of many, a grudging truce.” Our aspiration as fellow citizens is grander than this.

What is the source of that grand aspiration? The core convictions on which our country was founded. As Abraham Lincoln wrote in 1859, the signers of the Declaration of Independence had the vision “to introduce into a merely revolutionary document, an abstract truth, applicable to all men and all times.”

That truth has several key elements. There is a Creator who has endowed each of us with certain rights. He made those rights part of our very nature. We must be freed to live-out these rights. The government’s duty is not to create new rights but “secure” those our Creator has given us.

Another key element: all our liberties are gifts of God. (If they don’t come from Him, from where do they come? Government? The 50 percent-plus-one?) Another: a view of government in which liberty is prioritized in the context of justice for all. And another: a firm devotion to the idea that before God, all persons have equal value.

An automobile is composed of thousands of parts, just like a nation. They must work in sync. If they don’t, the car remains a pile of metal and plastic. It might look beautiful, but it is worth nothing as an automobile.

So it is with nations. As the Heritage Foundation’s Mike Gonzalez says, “Patriotic assimilation is the bond that allows America to be a nation of immigrants. Without it, America would cease to be a nation at all, becoming instead a hodgepodge of groups that could no longer meaningfully welcome immigrants into a commonly shared, characteristic way of life.”

Whether the culture you cherish is Greek or Guatemalan, Estonian or Ethiopian, Irish or Indian, if you love it more than America, you’re in the wrong place. But if you love America more, you’re free to celebrate Greece or Guatemala, Ireland or India.

America can blend a vast number of identities — as long as everyone first identifies himself as an American. As I said, Obama was partly right.