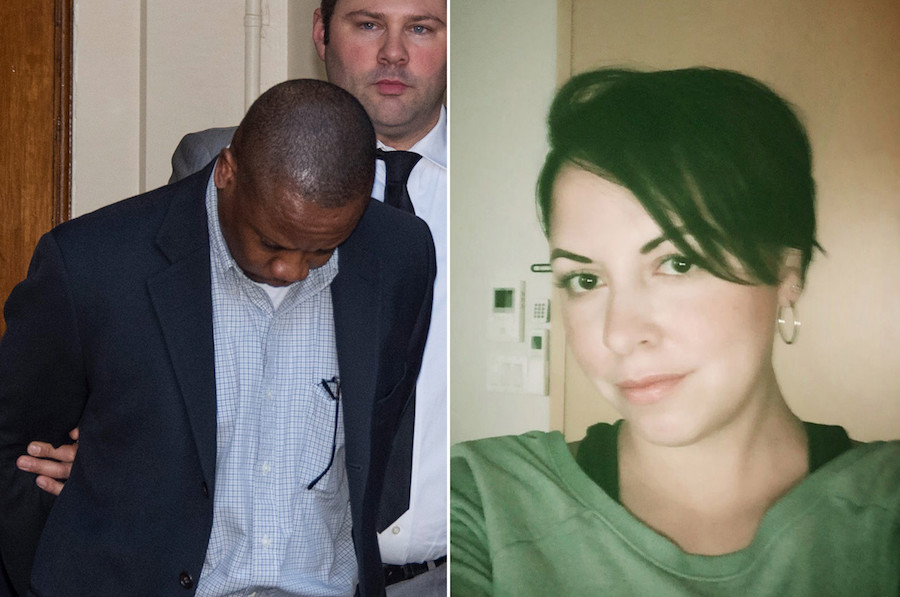 New York’s draconian changes to its abortion laws have taken effect. And one of the first effects? Shielding a man from being prosecuted for killing his unborn child.

Anthony Hobson, 48, allegedly stabbed his 14-weeks-pregnant girlfriend to death on February 3. He was charged with murdering his girlfriend, of course. But because she was carrying a child — his child — the prosecutor charged charged him with second-degree abortion.

Under the state’s previous laws, abortion in the second degree was a felony. The new law removed killing an unborn baby from the criminal code. It changed abortion into a public health issue, rather than a crime.

It shields doctors who perform abortions from criminal prosecution. Others who ended the life of the baby, such as by murdering the mother, could no longer be prosecuted. The change also legalized abortion up until the moment of birth.

Governor Andrew Cuomo signed the law last month on the anniversary of Roe v. Wade. Of course he did.

His Girlfriend Thought He Was Harming the Unborn Baby

A witness heard Hobson’s girlfriend, Jennifer Irigoyen, screaming during the attack. “He’s got a knife! He’s going to kill the baby!” She was trying to stop him. Hobson stabbed her in multiple places, including in her abdomen.

She wanted her baby, which gave him personhood in our Roe v. Wade society. She chose to keep him. He was wanted.

Even those who favor the law have to admit it makes no sense. Someone could sneak an abortifacient into a pregnant woman’s drink and kill her baby. There would be no consequences whatsoever — even if the mother wanted the killer prosecuted.

What if a surgeon operated on an unborn baby and the baby died?

Those who opposed the bill predicted it would let violent offenders off the hook for killing the unborn. GOP New York Assemblywoman Nicole Malliotakis pointed this out. “As I said in my floor speech, being assaulted (or in this case murdered) and losing your baby is not ‘a woman’s choice.’ It’s been only two weeks and we already see the first victim of a poorly crafted law.”

Problematic Implementation of the New Law

Proponents of the bill claim that charging the offender with harming the mother is enough. Democratic state senators Liz Krueger and Anna Kaplan said that attacks on pregnant women can be prosecuted as assaults instead. Krueger was the law’s chief sponsor in the upper chamber. But taking the abortifacient Plan B doesn’t injure the mother.

Another problem? Being charged for only one crime is going to reduce the penalty. A man who murders a pregnant women killed two people, not one. Krueger and Kaplan claim that “physical assault resulting in the loss of pregnancy qualifies as first-degree assault,” but the DA declined to tack on the additional charge.

The DA chose not to pursue additional assault charges against Hobson. He has only been charged with “second-degree murder, tampering with physical evidence and fourth-degree criminal possession of a weapon.”

The news isn’t completely bad. New York won’t protect the life of even a wanted child. But more than 30 states still consider killing an unborn child — other than by abortion — a crime.