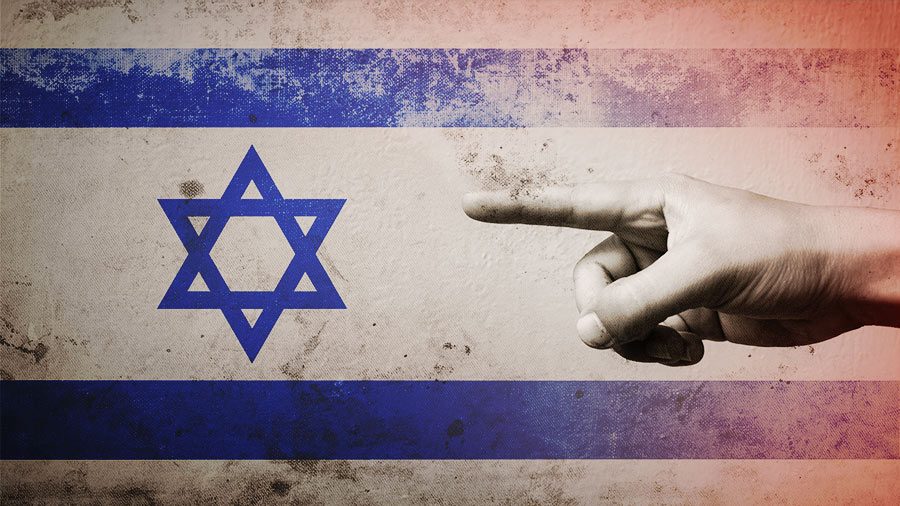 Welcome to life in Israel, where criticism of Israel happens virtually 24/7.

Quite obviously, then, it is ridiculous to brand all criticism of Israel as being antisemitic, even when it comes from outside the nation. Some of the criticism is fair. All nations and peoples will be subject to criticism of one kind or another.

When the nation as a whole is demonized or delegitimized, that is antisemitic.

Let’s expand this to the Jewish world as a whole, for argument’s sake. It is not antisemitic to say, “It seems that Jewish people have a disproportionate influence on the economy and the media.” But it is antisemitic to say, “Jews control the economy and the media.” One statement is fairly accurate and does not draw larger, false conclusions. The other is not accurate. It does draw larger, false conclusions.

It is not antisemitic to say, “Liberal Jews have a disproportionate influence on America’s moral values. Examples include the three Jewish Supreme Court judges, George Soros, and leaders of the ACLU and SPLC.” It is antisemitic to say, “The sexual revolution was a Zionist conspiracy.” Or, “The Jews want to destroy America’s Christian values.” Again, one statement is fairly accurate and does not draw larger, false conclusions. The others are not accurate; they do draw larger, false conclusions.

That’s when we cry, “Antisemitism!”

Earlier this year, I updated and revised my 1992 book Our Hands Are Stained with Blood: The Tragic Story of the ‘Church’ and the Jewish People. I was struck to see how antisemitism has reared its ugly head since the first edition was published.

Jews are now fleeing France and England because of increased attacks and outright Jew-hatred. Jews in Germany have been warned against the danger of wearing a kippah (yarmulke) in public. In many ways, things are far worse today in Europe than they were just two or three decades ago.

As for world governing bodies like the United Nations and its various organizations, Israel-bashing continues to be the pattern. The Jewish nation is singled out for unfair attack and criticism.

Just this May, “The annual assembly of the UN’s World Health Organization today voted 96 to 11 for a resolution, co-sponsored by the Arab bloc and the Palestinian delegation, that singled out Israel over ‘Health conditions in the occupied Palestinian territory, including east Jerusalem, and in the occupied Syrian Golan.’”

Israel is always the guilty party.

Even within the evangelical Church, demonizing the Jewish people and Jewish nation is becoming more common. It includes dangerously outlandish charges like this: “Of all the diseased schools of racial supremacism, I am convinced that the Jewish specimen is the most evil and most threatening to the lives, bodies, and eternal destinies of humankind. … Zionism has existed as a satanic ideological force in opposition to all things good and even to life itself for three thousand years. … Zionism and its accompanying religious disease, Judaism, are the champions of all time in terms of the total number of innocent men, women, and children being imprisoned in concentration camps, beaten, bludgeoned, raped, robbed, humiliated, and unmercifully slaughtered.”

What’s frightening is that quotes like this could be easily multiplied. They spread like wildfire on the internet. And given today’s fascination with conspiracy theories, antisemitism has found a powerful new expression: It’s the Jews who are responsible for it all!

Daily I see similar comments posted on my YouTube channel, blaming “the Jews” or “Israel” for all the evils in the world. (Ironically, the same critics frequently intersperse another antisemitic libel, namely, that today’s Jews are not really Jews! I document this in the new edition of my book as well.)

My critics also allege that any criticism of the Jewish people is antisemitic. They claim that it’s OK to say positive things about “the Jews.” But if you say anything negative about “the Jews” you are automatically branded antisemitic.

This too is patently false. But when it comes to antisemitism, truth has never mattered that much. Antisemitism continues to exist by peddling falsehoods, exaggerations and lies.

Is that clear enough?

The Danish Translation That Removes Israel From the New Testament