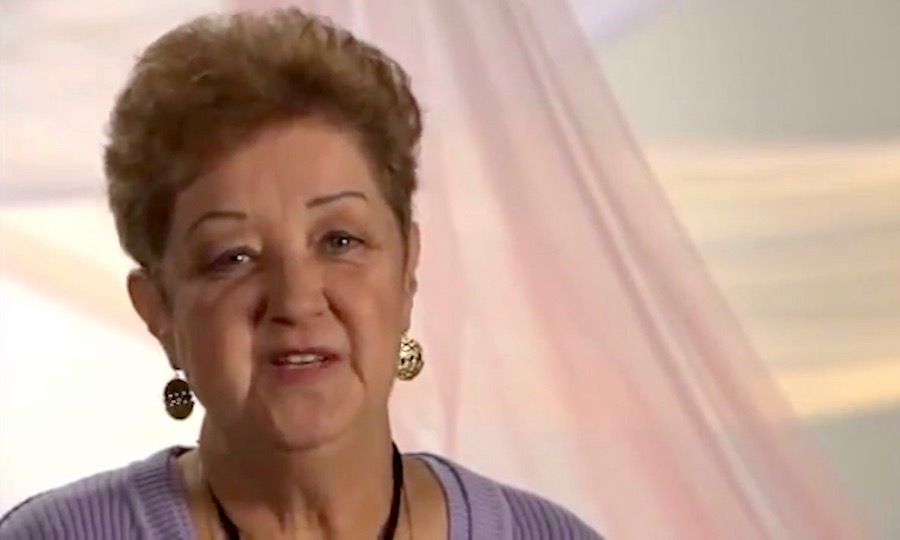 Norma McCorvey (1947-2017) was the plaintiff in the landmark U.S. Supreme Court case Roe v. Wade in 1973. She is the subject of the FX/Hulu documentary AKA Jane Roe, premiering this weekend.

“She knew that she was dying,” said Allan Parker, a public interest attorney who served as her legal counsel for 12 years. “I was no longer representing her, but we spoke as a brother and sister in Christ. She thanked me for doing so much to help her overturn Roe v. Wade. She said, ‘I know it’s going to happen someday.’”

Weeks later, Parker recounted that conversation at her funeral when invited by McCorvey’s family to deliver a portion of the eulogy. He emphasized her decades-long struggle to overturn the ruling that bore her name. Catholic priest Fr. Frank Pavone led the memorial service.

Premiering this weekend on Hulu, a documentary entitled AKA Jane Roe presents a different portrait of McCorvey. Director Nick Sweeney, known for his past TV series Born in the Wrong Body and Transgender Kids Camp, interviewed her starting in 2016 in her hometown of Katy, Texas.

“Pro-choice activists are really worried the Supreme Court will overturn Roe. It’s why they’re trying to attack her story in this agenda-driven film.” – Allan Parker

The film includes clips from those interviews, along with commentary from pro-choice figures. High-profile liberal lawyer Gloria Allred plays a prominent role, as does Rob Schenck — an evangelical minister who has renounced his past pro-life advocacy in recent years. Schenck did not respond to an interview request for this story.

Flip Benham, a minister and pro-life activist who baptized McCorvey in 1995, is briefly seen in the film.

“They caught her at a time when she was obviously not well, at her weakest moment,” said Benham in a phone interview. “I’m not going to disagree that the words come right out Norma’s mouth. She was very playful. She’d say things to entertain the guys on the cameras.”

“She was a saved person, and she was still deeply flawed.”

Starting with an L.A. Times story, national media has been abuzz about the film this week. Sensational headlines say it proves McCorvey was “bribed by the Christian right” and implied that her religious conversion was fake.

Two women who interacted with McCorvey shortly before her death were not interviewed for the ostensibly impartial documentary.

“Activities she did with our Dallas pro-life community were unpaid,” stated Lauren Muzyka, director of Sidewalk Advocates for Life. “There was no doubt in our minds she was pro-life.”

I prayed with Norma McCorvey in front of an abortion facility for the 40 Days for Life-Dallas campaign just before she died. That and so many other activities she did with our Dallas #prolife community were unpaid. There was no doubt in our minds she was pro-life.#NormaMcCorvey

Former abortion clinic director Abby Johnson spoke only once with McCorvey, who called Johnson on her deathbed. Johnson admitted in a post online there were “mistakes made” when McCorvey joined the pro-life movement.

“The hours she spent praying in front of abortion facilities were not a lie,” wrote Johnson. “Her life with Christ was not a lie. [The pro-choice lobby] lied about and manipulated her so many years ago. They did it right before her death, and they are even doing it after her death.”

“She would travel around the world telling anybody her story,” said Parker. “Often she did it for free because she was passionately committed. If she was speaking at a pro-life fundraising banquet, then they might give her an honorarium. But she wasn’t ‘paid to change.’”

He recalls her speaking often of working in abortion facilities as a counselor. “That’s what changed her mind,” he said. “She went from supporting abortion to knowing the callous disregard for women that occurred in the abortion industry.”

When An Activist Repented to Norma

Benham first encountered McCorvey at a distance in the mid-1980s, when she worked at abortion centers in the Dallas area.

Volunteers like Benham with Operation Rescue would show up outside abortion facilities, seeking to counsel women to choose life. (Some tactics of the pro-life group, such as entering clinics under false pretenses, have since been widely denounced.)

She came to work at A Choice for Women in the early 90s, and Operation Rescue moved their ministry next door. Yet only through a private confession did Benham connect with her.

In summer 1994, McCorvey released her first book I Am Roe. Police roped off a massive crowd who showed up for her book signing in downtown Dallas. When McCorvey walked in to the bookstore, Benham shouted at her from the sidewalk.

“Norma McCorvey!” he yelled. “As a result of what you have done and the law that you have given us, you’re responsible for the deaths of over 33 million children!”

Benham recalls the scene. “When I spoke those words, I saw them just fall right into her,” he said. “I thought: Oh my gosh, what have I done? I knew I had grieved the Lord’s spirit and grieved her.”

The following Saturday morning, the two encountered each other alone in the parking lot at the abortion facility. He asked if they could speak. She agreed, and they sat down on a bench.

“When I said those words to you at the book signing, I saw that that hurt you,” Benham recounted. “And I am just so sorry. Please forgive me for that.”

McCorvey rushed inside, mentioning her clinic duties at the time. Years later, she told him what had transpired. “I didn’t get things ready,” she said. “I went into the back room and I wept.”

Two elementary-age girls often stood and prayed with the Operation Rescue team, daughters of their team administrator. Benham recalls them offering cookies to McCorvey as she would go into the clinic — and imploring her to visit their church.

“One day she did, and that began the relationship,” said Benham. “About five months later, she gave her heart to Christ. I wasn’t supposed to be the guy baptizing her, but she called me up about three days before the baptism and asked me if I would do it.” 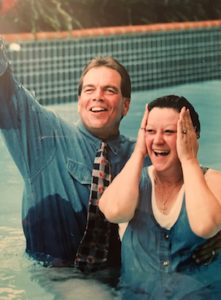 Her conversion became a major story worldwide, with the headline Roe Wades (referring to her being submerged in water for baptism) splashed in several magazines.

“When she came up out of that water, there was her effervescent smile,” recalls Benham. “This beautiful sunshine not only filled her heart. When I saw the smile, it filled mine too.”

Some months later, Benham also baptized another figure featured in AKA Jane Roe — Connie Gonzalez. The woman had been a lesbian partner to McCorvey, though their friendship was “platonic” later in life per multiple sources.

“Was she a good friend to Connie? Yes,” said Benham. “Did she stop the homosexual relationship between Connie and her? The answer is yes, because Miss Connie also gave her heart to Christ.” He ended up baptizing her in a backyard pool.

Yet McCorvey abruptly ended their friendship not long afterward. “That hurt Connie when Miss Norma left her,” he said. “She just took off — but that was Miss Norma. She was your friend until she wasn’t. She did love Jesus, and she had very fleshly pulls on her.”

“Those who see this film are going to hear some of that from her, in her weaker moments.”

Significant moments from McCorvey’s story never made it into the new documentary.

Her best-selling 1998 autobiography Won By Love recounted her change of heart. Later that year, McCorvey announced her conversion to Catholicism. In 2001, her former clinic A Choice for Women closed its doors — one of hundreds nationwide shuttered since then.

The losses and grief also grew, as current estimates report over 61 million abortions in the U.S. since 1973.

“It is with great hope that I now seek to end the tragedy I began.” – Norma McCorvey

Parker believes the legal record allows her to speak for herself. They first worked together to submit a brief in the case Marie v. Whitman. “My case was wrongfully decided,” she stated. “It has caused great harm to the women and children of our nation.”

Three years later, McCorvey filed a 13-page legal motion at the U.S. District Court in Dallas. It was the same court where Roe v. Wade had been filed on her behalf in 1970.

Now her sworn affidavit called for the court to overturn it. “My personal experience with this three-decade abortion experiment has compelled me to come forward,” stated McCorvey. “It is with great hope that I now seek to end the tragedy I began.”

The Supreme Court rejected her motion in 2005 and upheld a lower-court decision not to rehear the case. Yet Parker believes her words still echo. “Pro-choice activists are really worried the Supreme Court will overturn Roe,” he said. “It’s why they’re trying to attack her story in this agenda-driven film.

“One day I believe the high court will say: The plaintiffs in Roe and Doe asked us to reverse their cases. Now we are listening to those women.” (Doe was a decision the Supreme Court announced the same day as Roe, overturning the abortion ban in Georgia.)