Nobody Expects the Darwinist Inquisition 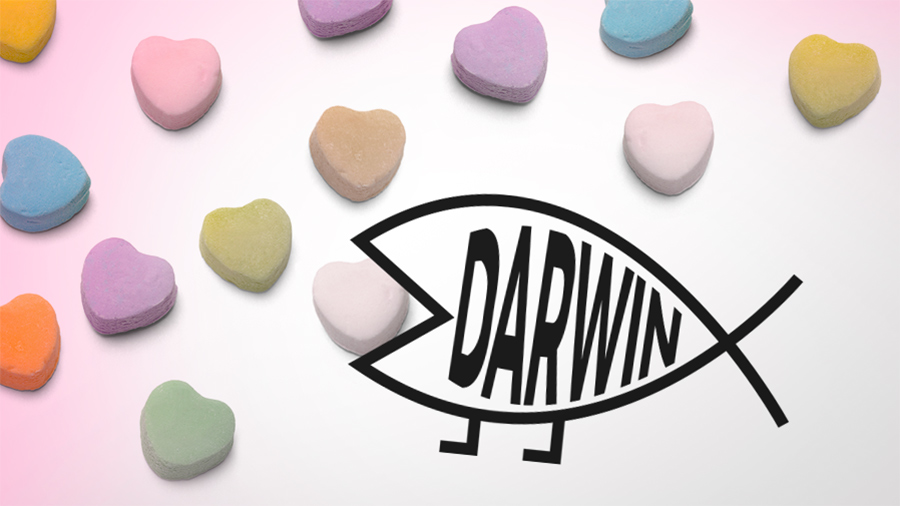 I’ve written here before about the movement called “Integralism.” Or, as I call it, Catholic Sharia. Its proponents don’t wish to make our public laws based only on natural law knowable by reason, as social conservatives argue. No, they want to use the bayonets and prisons of the State to settle questions of faith.

It’s true, Christians believe that people only know those answers by God’s direct infusion of grace. And we can’t know if anyone has yet received that grace or not. But we should use violent force to compel each person to act as if he had faith anyway. As in, practice hypocrisy. So the edicts of popes and councils, the modesty codes drawn from private Marian apparitions at Fatima, all become fodder for state and federal laws. Or so Integralists hope.

Integralists reject the Church’s embrace of religious freedom, from the apostles up through the emperor Theodosius I (381 AD), then again at Vatican II (1965). They prefer the long, persecutory interlude. Integralists deride the American founding as “liberal.” Likewise the entire conservative movement. Plus the teachings of Pope Paul VI, John Paul II, Benedict XVI, and Francis I on this subject, and the current Catechism which reflects them.

The Erroneous Have No Rights

Integralists repeat the 19th century slogan “Error has no rights.” They mean that “erroneous” Christians have no First Amendment rights. All Orthodox and Protestants should be silent. So should the 99.999% of Catholics who are not Integralists. At best, the State should reluctantly tolerate them. Their “heretical” books (including their bibles) should be banned. Likewise, their evangelism and public worship. So The Stream would be illegal. I take that personally!

We’ll Take Those Kids of Yours, Thanks

It’s not clear whether Integralists even think “heretics” may teach their own beliefs to their children. The leading Integralist theorist, Thomas Pink, holds that Catholic bishops should have police powers over every local baptized Christian. And the power to coerce them. So if evangelist Franklin Graham moved to Chicago, Cardinal Blaise Cupich should have the power to arrest that non-Catholic for heresy. (It helps to make abstract proposals nice and concrete, doesn’t it?)

So if evangelist Franklin Graham moved to Chicago, Cardinal Blaise Cupich should have the power to arrest that non-Catholic for heresy.

Integralists defend the decision of Pius IX to seize the child of a Jewish family (Edgardo Mortara) in papal-ruled Rome. Then raise him in the Vatican, after a maid had illegally baptized him. From that point, they consider that he was a Catholic. So a good Integralist government would ensure him a Catholic upbringing. With his parents or without them.

The same logic applies to any baptized Orthodox, Protestant, or non-Integralist Catholic. In 17th century France, King Louis XIV seized Protestant children and gave them to Catholics to raise. Professor Adrian Vermeule at Harvard publicly defended the seizure of Edgardo Mortara, citing such arguments. If he rejects them when applied to baptized non-Catholics, he has given no indication of that. That’s why I found it alarming when Integralist fellow-traveler Sohrab Ahmari urged President Trump to appoint Vermeule to the U.S. Supreme Court. Maybe that was just a joke, in remarkably vulgar taste. I’ll answer with a quip: With converts like Ahmari and Vermeule, who needs apostates?

The Catholic Knock-Off of the Muslim Brotherhood

I’ve explained here why I think Integralism has come out of the closet just now. No, not because of fresh new historical research. Or new, persuasive arguments. It’s the fruit of institutional failure. This brand of Catholic fundamentalism rose again for the same reason Islamic radicalism exploded in the 1920s: a sense of crushing defeat and looming chaos within the religion itself.

When the Ottoman empire collapsed, then Turkey abolished the global caliphate, Sunni Islam lost its worldwide central authority. Most Muslim nations ended up as Western colonies. Their young people increasingly turned to secular ideologies instead of their faith. In response, the activists who founded the Muslim Brotherhood rejected every attempt at peaceful coexistence with modernity and reason. Instead, they called on Muslims to weather the crisis and reverse the fortunes of Islam by enacting its most intolerant doctrines.

We have, with Pope Francis, witnessed the effective collapse of the papacy. At the moment, it no longer serves its purpose of safeguarding doctrine and Catholic morals. Instead it has become a transmission belt for heresy, and a tool used to punish the orthodox. The moral and intellectual chaos that followed Vatican II has returned.

And now some Catholics are responding like radical Muslims in the 1930s. They’re turning to our own version of sharia. Responding to the weakness and chaos of the Church by insisting that it can only thrive when it wields political power — exactly as the Muslim Brotherhood claimed about Islam. There is no stable middle ground between getting persecuted and persecuting others. If you won’t be the hammer, you will end up as the anvil. Or so they say.

It all sounds kind of … totalitarian, doesn’t it? But plug in a few words here and there, and you’ve got the policy preferences of secular leftists. The “children’s rights” thinktank at Harvard is boosting the idea that homeschooling amounts to child abuse. So it ought to be illegal, and parents who persist should lose their custody. As they routinely do in Sweden, Germany, and other (cough) “free” Western countries.

So much for parents’ rights. On free speech, most on the left have abandoned their old free speech absolutism. And started their own Inquisition, plus Index of Forbidden Books. They adopt Herbert Marcuse’s concept of “repressive tolerance.” If the state, or schools, or media let historically “privileged” people or groups express themselves and pursue their interests? That’s unjust. We must forcefully silence them. And make room for those in once-oppressed groups.

Hence orthodox Christians, white men (except leftist “allies”) and others ought to face speech restrictions. It’s almost as if the left sees freedom as wealth. So the state must redistribute it to make things fair. Object, and these elites who hate your speech will designate it “far-right hate speech.” And try to destroy your life.

But others on the left use different pretexts for silencing dissenters. The latest is “public health” and scientific “accuracy.” Elites now treat the virus crisis as a Reichstag fire too good to waste. Hence Google, which owns YouTube, announced it will silence any doctor or researcher who dissents from the World Health Organization. Which China uses as a sock puppet, and used to deny:

Criticize Dr. Fauci, or the lockdowns, and you’re likely to see your content demonetized, removed, or slapped with a “fake news” warning.

But the left-Integralists are now going further. They’re drilling down to essential matters, to the fundamental divide of basic worldviews. That is, the yawning chasm between Darwinian nihilism, and a universe designed and replete with meaning. David Klinghoffer of the Discovery Institute reports that intolerant Darwinists want to sweep up Intelligent Design advocates in the police raids of public dissenters. He cites a call for censorship in the prominent biology journal Bioessays. The writer claims:

Nowadays, such sites [as the Discovery Institute’s] pose as “objective” sources of information. Speaking more generally, spreading misinformation can be linked to climate science denial, vaccination avoidance, and a resurgence of pseudo‐scientific racism. Internet regulations to counter these sources of pseudo‐science are urgently needed….

In other words, they’re heretics. And error has no rights. Suggesting that biology suggests evidence of design is like urging people to guzzle fish-tank cleaner, or vote pro-life.

I see a deeper reason behind the power-grabs of ultra-right-wing Catholics and Darwinist materialists. It’s not the Catholic crisis on the one hand, or the virus crisis on the other. It’s the classic will to dominate, to bully and rule your neighbor. Mankind has labored under this hereditary sin since the Garden of Eden. That’s where he caught the bug from the first among the angels — whose own Fall arose from the craving to rule where he had no right to. Only God’s grace, not arguments, can counter this fatal, damnable side-effect of Luciferian pride.