No, We’re Not Trying to Impress the Left 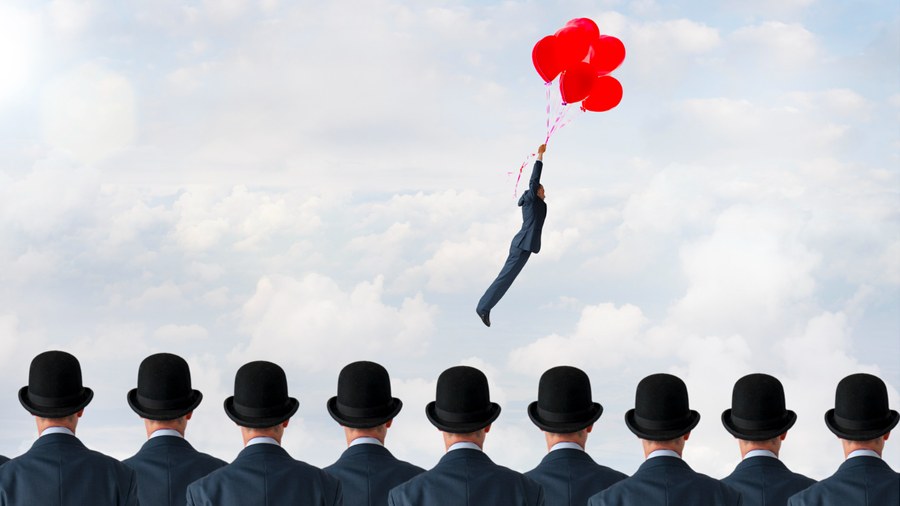 Have you ever noticed that, as a conservative, the moment you deviate from the prevailing conservative talking points, you are accused of being weak? Or of trying to appear woke? Or of seeking to impress the left? Or of caving in to pressure? Could it be that, instead, you have the courage to buck the tide and be true to your convictions, regardless of the flak?

To be sure, there are some people who are chameleons, changing convictions like some lizards change colors, always wanting to fit in. Better to be liked, they think, than to stand for what is right.

And there are those who do want to appear enlightened, to demonstrate to the left that they, too, are thinking, caring people, not like those bigoted, mean-spirited, narrow-minded, right-wingers. “Just watch how thoughtful I am!”

But there are plenty of others who have no desire to appear woke or to impress the left when they differ with their conservative colleagues and friends. In fact, impressing the left is the last thing on their minds.

We Will Never Be Acceptable to the Left

For those who believe as I do, unless we renounced all our biblical beliefs and convictions, we would still be branded Bible-thumpers and bigots and homophobes and transphobes and fundamentalists — among other things — no matter how we nuanced our positions.

Do we believe salvation comes only through Jesus? We are narrow-minded bigots.

Do we believe the Bible is the Word of God? We are ignorant and antiquated.

Do we believe homosexual practice is sinful? We are haters and Nazis and KKK and more.

Why, then, would we think that differing with right-wing news or agreeing with a Never Trumper or finding some truth in a New York Times op-ed piece would make us acceptable to the left? If we actually believed that, we would be self-deceived.

Let’s Not Fool Ourselves

Speaking of my own experience, when I challenged QAnon conspiracy theories a couple of years ago, did I do so to earn brownie points from the left?

Did I think that, after calling out this nonsense, CNN would ask me to join them on the air to explain why I felt abortion was sinful?

Did I imagine that MSNBC would invite me to share with them why I rejected same-sex relationships as valid in God’s sight?

Did I hope that The New York Times would ask me to submit my own op-ed, laying out why I opposed transgender activism?

Did I imagine that I would now be welcomed into the elitist, enlightened, inner circle of the left, hailed for my independent thinking?

I (and people of like mind) would remain the enemy of the left, the white supremacist insurrectionists, the dangerous fundamentalists who want to impose the Christian version of sharia law on America. Let’s not fool ourselves.

Based on Conviction, Not Expediency

As for the notion that some of us sometimes buck the conservative tide in order to gain popularity (or sell books), that is even more ludicrous.

Why on earth would we spend years (or decades) growing a base only to alienate that base? How does it increase sales when you lose some of your key audience? Who would be so foolish to imagine that those on the left, with whom we differ on almost all fundamental points, would come flocking to read or hear our material?

It would be one thing if we renounced our faith entirely or denied a core tenet of our faith. That might get attention.

“Jesus did not rise from the dead!” proclaims a famous theologian, the former head of a conservative seminary. That would sell some books.

It would be one thing if we switched party affiliation and went from being ardent Trump supporters to join the Kamala Harris for President advisory team.

“Former Trump advisor and faith leader has just released his tell-all book and has become a Democrat!” That would get some clicks.

But when we remain loyal to our core convictions, spiritually and morally and ideologically and politically, simply taking issue with some of the standard talking points or challenging some sacred cow, we do it out of conviction, not expediency.

To the contrary, expediency would call us to keep quiet. It takes a lot more courage to go against the grain.

Be Careful When You Pull Out the Knives

As for the fellow conservatives who are quick to pull out their knives and start hurling the “woke” epithets at the dissenters, I have a word of recommendation.

Remember that the way you judge others is the way you will be judged. (That’s not my warning. That comes from Jesus Himself. Look it up if you don’t believe me.)

Best to be charitable and not to assume you know the motives of someone else’s heart. Best just to deal with the substance of their arguments rather than fortify your position by mocking them.

You can disagree passionately and pointedly without ascribing ulterior motives to those with whom you differ.