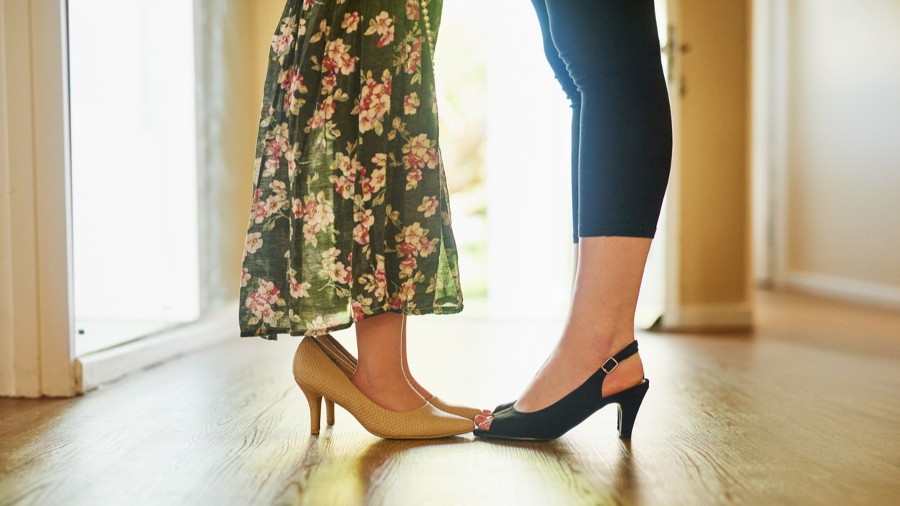 I truly believe that actress and activist Sophia Bush is genuinely concerned about children. I truly believe that, in her heart, she is convinced that the best thing to do for a child who identifies as transgender is to affirm that child’s perceived identity. But is she right? Do kids know what is best for them?

Posting to her 3.7 million Instagram followers, Bush wrote, “#transkids are under attack across the country. AR just banned them from accessing healthcare. This is tantamount to murder. Kids will tell us who they are. It’s our job to support them, not demonize or harm them.”

She was responding to news that:

Arkansas became the first state to pass a bill prohibiting doctors from providing gender-affirming medical care to transgender youth following a vote in the state Senate on Monday.

HB 1570, the “Save Adolescents From Experimentation (SAFE) Act,” prohibits trans youth from accessing health care and insurance coverage for gender-affirming care. The bill passed 28-7 in the state Senate. The state House passed the bill earlier this month.

For Bush and other transgender activists and allies, this bill will give these children only one choice, namely, suicide. Hence, the bill “is tantamount to murder.”

To repeat, “Kids will tell us who they are. It’s our job to support them, not demonize or harm them.”

Do Kids Know What’s Best for Themselves?

But do kids really know who they are? Is that the reality of human life?

All good parents want to support their children rather than demonize or harm them. Obviously.

Sadly, when children are allowed to tell their parents who they are, as in, “I’m really a boy, not a girl,” and when the parents support these sentiments, this only reinforces the child’s gender confusion.

And certainly, no caring parent would dream of being cruel to a child suffering inner torment and confusion. Perish the thought. That’s why so many parents have anguished over what to do with one of their children who persistently identified as transgender, beginning at a young age.

Over 10 years ago, when I appeared on a Tyra Banks episode that focused on little children who identified as transgender, I heard powerful, gut-wrenching stories from parents and children.

In fact, the show was groundbreaking in that, for the first time, these little children, as young as 7 or 8, came on stage to tell their stories, introduced with their new names and genders. (“This is Joey, who used to be a girl named Jane, and is now a boy.”)

I’ve read the stories and watched the documentaries about the shame these children felt about their sexual organs, even wanting to mutilate themselves. I’ve seen the parents shedding tears of relief when they learned there was such a thing as gender dysphoria, realizing that that was the condition with which their child was suffering. I’ve heard the testimonies of those who say, “It was either sex-change or suicide.”

And that’s why I don’t question Sophia Bush’s sincerity. She and others really do care about the well being of these kids.

Unfortunately, they’ve got this all wrong.

Kids Don’t Get to Define Reality to Their Parents

First, this is not how life works. The children do not inform the parents about what is real and what is not. (And again, I’m not talking about a child experiencing physical pain or sickness.)

That’s why, when a 3-year-old girl tells her mother that she is a princess or a horse or a butterfly or a flower, the mother plays along, telling her that she is a very pretty princess (or horse or butterfly or flower). That’s why, when a 4-year-old boy believes he is a mighty soldier, he really believes that he is. That’s part of childhood, especially younger childhood.

That’s also why the vast majority of children who identify as transgender when they are young no longer do so after puberty. Even Wikipedia, which is hardly known as a bastion of conservative ideas, summarized the evidence by stating, “According to prospective studies, the majority of children diagnosed with gender dysphoria cease to desire to be the other sex by puberty, with most growing up to identify as gay, lesbian, or bisexual, with or without therapeutic intervention.”

And what might happen if they received positive, therapeutic intervention, meaning professional counseling to help them affirm their biological sex? Might the outcomes be even more successful?

High Suicide Rates Among Those Who Have Sex Change Surgery

Sadly, when children are allowed to tell their parents who they are, as in, “I’m really a boy, not a girl,” and when the parents support these sentiments, this only reinforces the child’s gender confusion. As a leading psychologist explained at a lecture I attended, if you start dressing a boy in girl’s clothes at a young age, affirming him as female, it will be much harder to free him from those misconceptions when he is older.

So, by trying to help, the parents only make things worse. And shall we ignore the high suicide rates among those who have had sex-change surgery? Do their problems suddenly disappear?

And that’s why doctors in the U.K. are urging a new approach to trans-identified children, namely, give things time rather than rush into hormone therapy and the like. (See here for some of the worldwide debate.)

Love Compels You to Learn From Marginalized Voices

Second, as voices from all across the spectrum have been saying — really, shouting — children do not have the ability to make such massive, life-impacting decisions. They are incapable of thinking through the implications of puberty-blocking hormones at the age of 10 (nor can medical science tell us with certainty what the long-term effects of those drugs will be). They are unable to understand the ramifications of a full mastectomy at the age of 18. They cannot comprehend the implications of full sex-change surgery at 19.

That’s why Dr. Paul McHugh of John Hopkins’ fame emailed me on November 18, 2009, shortly before I appeared on Tyra, stating, “I hold that interfering medically or surgically with the natural development of young people claiming to be ‘transgendered’ is a form of child abuse.”

My suggestion, then, to Sophia Bush and her like minded colleagues is this: rather than demonize those who oppose medical intervention for trans-identified children, dig a little deeper. Listen to those who can speak from personal experience. Don’t dismiss those who say there is a better way. Instead, stop, listen and learn.

If you really care about these children, which I believe you do, love compels you to learn. There really is a better way.