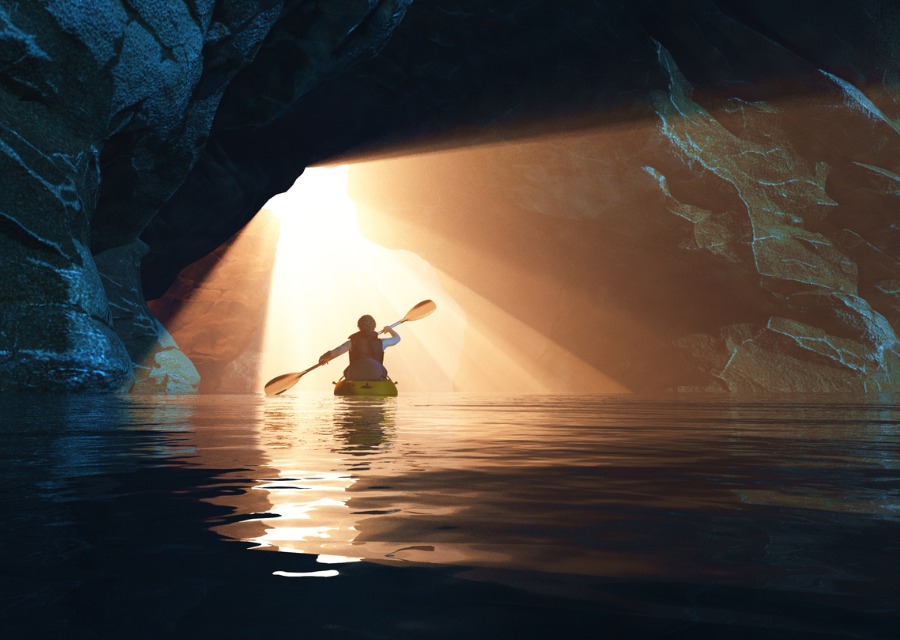 A May 20 Washington Post op-ed claimed that evangelical Christians are behind the Republican push to reopen the nation. In response, Harvard psychology professor Steven Pinker tweeted on May 21, “Belief in an afterlife is a malignant delusion, since it devalues actual lives and discourages action that would make them longer, safer, and happier. Exhibit A: What’s really behind Republicans wanting a swift reopening? Evangelicals.” (The tweet has since been removed.)

Prof. Pinker, a self-described atheist, is wrong on all points. (Practical lesson: You can be a brilliant Harvard scientist with a large Twitter following and still be seriously wrong about the meaning of life.)

The first thing we should point out is this is simply Pinker’s opinion. He has no empirical evidence of any kind that there is no afterlife.

We might just as well say, “Denial of an afterlife is a malignant delusion.”

What makes one statement right and the other statement wrong? What empirical, verifiable, scientific proof?

To be sure, there are fascinating studies relating to near death experiences. Including where people undergoing surgery were aware of details taking place in and around the hospital. Details that were unknowable to them. In such cases, the people involved were aware of being outside their bodies, where they witnessed loved ones talking in other rooms or doctors performing specific procedures.

This points to the existence of a soul, as does the phenomenon of human consciousness.

And those of who have experienced God’s supernatural grace in this life have no reason to doubt His promises about the world to come.

But, for argument’s sake, let’s say that neither believers in an afterlife nor deniers of an afterlife can “prove” their beliefs to be true. What about the rest of Pinker’s tweet?

He claimed that belief in an afterlife “devalues actual lives and discourages action that would make them longer, safer, and happier.”

In contrast, a consistent atheistic belief greatly devalues human life since, in reality, we are no more valuable than a flea and have no more purpose or destiny than a rock.

After all, if we are simply the freak end products of an unguided, random, totally naturalistic system, what makes us special? Why should our desires be taken seriously or our goals be endowed with significance? As for our thoughts, they simply represent neurons firing in our brain. Why put so much stock in them?

We simply represent the survival of the fittest. And rather than being divinely designed or fashioned, we just happened to make it this far. That’s it.

The Forefront of Care for Others

That’s why, for millennia now, Christians have been at the forefront of caring for human life, of alleviating suffering, or working sacrificially for the well-being of others.

As Thomas Williams points out, “Historically, Christian belief in eternal life has rarely resulted in disengagement from the common task of bettering the world and looking out for the needs of others. Nor is belief in the afterlife the exclusive domain of evangelicals, but forms part of the common creed of all orthodox Christians.

“To take just one example, the Catholic Church asserts explicitly that belief in eternity should spur Christians on to work for the good of human society in this life.”

That’s why Samaritan’s Purse rushed to New York City to treat victims of COVID-19. This is what Christians do. (I’m sure there were plenty of compassionate caregivers in the city who were atheists. I’m simply making a larger point.) And where, pray tell, are the atheist equivalents of World Vision, or World Relief, or Compassion International, or Operation Blessing, just to name a few?

Christians also lead the way in establishing educational institutions around the world. This is because of the value of each life.

As for Christians willing to sacrifice their lives for a higher good because they believe in eternal life, that is hardly a devaluing of life. Rather, it is adding nobility and honor to life.

Evangelicals Pushing the End of the Shutdown

What about the claim of the WaPo editorial by Gary Abernathy that prompted Pinker’s tweet?

Abernathy wrote, “The coronavirus? Christian fundamentalism is often fatalistic. As far as many evangelicals are concerned, life passes quickly, suffering is temporary and worrying solves nothing. That’s not a view that comports well with long stretches of earthly time spent waiting out business closures or stay-at-home orders. It should be no surprise that a person’s deepest beliefs about the world influence how they measure the risks they’re willing to take.”

Aside from his grossly inaccurate claim that, “Christian fundamentalism is often fatalistic,” he has totally misread the reasons why so many Republicans are pushing for opening up their states.

First, to date, Democrat-led states have been hit harder than Republican-led states, because of which the perceptions of those living in those states will differ.

Second, Republicans are more likely to resist what they feel is governmental overreach, so it is only natural that there will be more pushback.

And third, in quite a few Democrat-led cities and states, there has been discriminatory treatment of churches to the point that abortion clinics and liquor stores were considered essential, but not church gatherings. In fact, in Los Angeles, casinos have been given the green light to reopen ahead of churches. Of course there will be pushback.

But why engage in rational discourse when demonizing evangelicals (and other Christians) is so much easier?

I urge the Washington Post and Prof. Pinker to give this some serious, in-depth thought. There is more to life than you seem to realize. And there is more to the Christian faith than you understand.