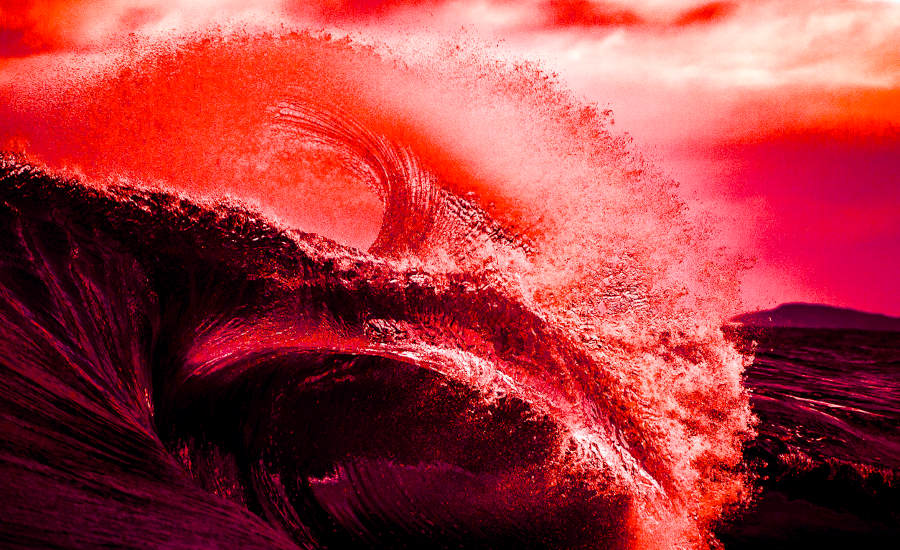 Will the midterm elections bring a red wave of wins for conservatives? If so, we shouldn't accept a false sense of security. The battle is on and only a spiritual revival will save America.

Every day, there are examples of Americans pushing back against the agenda of the radical left. And every day, there are more signs that there could be a major political reaction against the leftist agenda in the midterm elections. But even with the best possible electoral outcome, without sweeping revival in the church, America could still collapse.

That’s because America’s greatest problems are spiritual and moral first, leading to the larger societal, political, and economic challenges we face. But unless the heart is cured, the body will die.

One of my colleagues is an astute Christian attorney who has been on the front lines of the culture wars for decades, from the local courthouse to the Supreme Court.

He recently tweeted this to a small group of leaders: “Unless something dramatic happens, the midterms will be a blood bath for progressives. VA was the first canary in the coal mine. The San Fran recall shows the train is picking up steam. Biden’s appearance on J Kimmel was an embarrassment, and Kimmel had to intervene to rescue him from rambling and losing his train of thought.”

It is imperative that we continue to emphasize the importance of personal and corporate repentance.

He continued, “A poll released today had his approval at 35% — lowest I’ve seen yet. If either chamber flips (and it likely will be both), it limits the harm he can do the last two years.”

But then, the major caveat — and the real thrust behind his text.

I think our biggest challenge may be communicating that a political reprieve is insufficient, and maybe even a distraction as a false sense of security; only a revival will save the nation. We’re fighting human nature. People are angry and frustrated. They will express it on Election Day and then settle back to life as usual, unaware the declining trend will continue. I’ve never seen so much focus on pride month as in this year, and the culture has largely caved into joining the celebration of sin. The election won’t do much to change that if there is not spiritual renewal.

I could not agree more, both in terms of his diagnosis of the problem and his warning about the danger.

Bear in mind that this attorney has been politically active for years. In fact, I remember him speaking for our school and congregation back in the summer of 2009 when he told us about a major case that would make its way to the Supreme Court regarding same-sex “marriage.” He spoke of it as if it were a fait accompli, explaining that the deciding vote would be cast by Justice Anthony Kennedy.

That is exactly how it played out, with Kennedy making the infamous choice to be the swing vote that redefined marriage in America.

The organization that my colleague served for many years provides legal support for Christians and others whose rights are being challenged, helping them to fight back in their schools and places of business and churches. Their winning percentage is incredibly high, and to this day, I refer my friends to this organization when they come under attack for their religious beliefs and convictions.

All that to say that my colleague is not encouraging political passivity. Quite the contrary.

But he is reminding us that, even with a major shift towards the right and even with the potential of a Republican president and Congress by 2024, we will still have a massive amount of moral and cultural and spiritual rot at the core of America. Only a massive revival and awakening can turn the tide.

That’s why, when I wrote Revival Or We Die in 2021, there was not an ounce of hyperbole in the title. (The subtitle was A Great Awakening Is Our Only Hope, also without any hyperbole.)

That’s why it is imperative that we continue to emphasize the importance of personal and corporate repentance. And the centrality of prayer. And the priority of evangelism and disciple-making and church-planting. And the ongoing need to build healthy bridges of reconciliation.

That’s why we must keep the main things the main things. Otherwise, if we take our foot off the gas pedal of spiritual urgency, we will quickly find ourselves sliding further backwards.

Continue to Take Back Ground

Put another way, and to use a medical analogy, it is true that the patient is suffering from a host of ailments and sicknesses. But unless the doctors can stop his heart from failing, he will not be long on this earth.

First get the heart pumping blood and out of danger. Then, address the other ailments and sicknesses.

Or, from another angle, it’s great that the other conditions are getting better, but it will be lost if the heart fails.

Since then, I have filed scores of articles and stories detailing that very trend. Americans are saying enough is enough on many fronts, and they are pushing back.

This is all encouraging and positive, and some of it is the direct result of men and women standing up for their spiritual and moral principles.

But, as we move closer to the midterm elections, we do well to heed my colleague’s concerns. To that end, you might want to bookmark this article and refer back to it from time to time.