No Human Being is Perfectly Good or Perfectly Evil 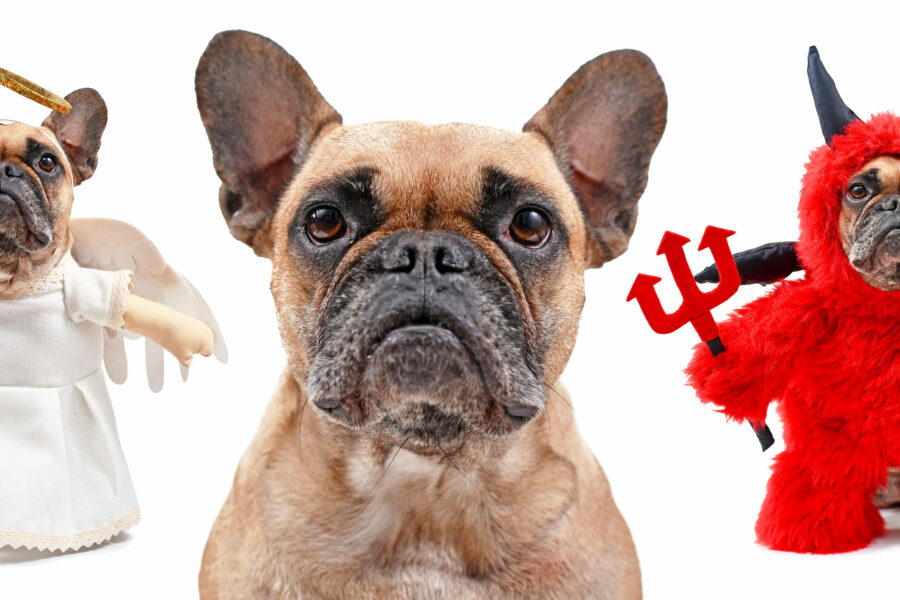 When Kyrsten Sinema won her Senatorial seat in 2018, there was great fanfare, and not simply because she was the first female Senator in Arizona’s history and the first Democrat to win a seat since 1995. Instead, the biggest news was her being “the first out bisexual person ever elected to the U.S. Senate and only the second openly LGBTQ person, behind Sen. Tammy Baldwin, D-Wisc., who is a lesbian.” Also, although not openly an atheist, Sinema describes herself as religiously “unaffiliated” and did not take her Senate oath on a Bible.

Ironically, Sinema is now the key Democrat pushing back against major, potentially destructive Democratic initiatives. Who would have thought?

We like to put people into convenient categories, as in good or bad, righteous or wicked, saintly or devilish. The reality is that, if you dig deep enough, you’ll find that every human being is a mixture, possessing some good and some bad qualities. That means that we do well not to sanitize or demonize a fellow human being – that is, if we want to be realists.

We also do well to remember there are very few Mother Teresas, on the one side, or Adolf Hitlers, on the other side.

To be sure, the Bible separates people into two distinct categories, branding some righteous and others wicked. The Scriptures speak of the children of God (and of the light) and the children of the devil (and of the darkness). The Word speaks of saints and sinners (in this world) and of heaven and hell (in the world to come).

But these terms refer to the overall trajectory of our lives, reflecting on whether, to the core of our being, we want to serve God or not. That’s what separates the righteous from the wicked.

And in New Testament terms, these categories also reflect whether or not we have received mercy from God through the cross. Have we been reconciled through the blood of Jesus, or are we still in our sins?

But this same Bible tells us that all of us have sinned and fallen short of God’s glory (Romans 3:23). That none of us, in ourselves, can lay claim to a sinless, pure heart (Proverbs 20:9). And that if, we the believers, claim to have no sin, we deceive ourselves (1 John 1:8-10).

The Bible also tells us that two of the wickedest kings in the history of Israel, Ahab and Manasseh, repented later in their lives, the former of a specific deed of evil, the latter of his long-term idolatry (see 1 Kings 21 and 2 Chronicles 33).

Rabbinic Judaism even has the concept of the ish benoni, literally, the middle man, meaning one who is not entirely righteous or entirely wicked.

As Rabbi Julian Sinclair explained, “The benoni plays a central role in Jewish ethical literature. He or she is the average person, neither completely righteous nor completely wicked, who has to struggle to try to be better. Maimonides famously defines the benoni as one whose merits and faults are equal. Therefore everyone should see themselves as a benoni at all times; one good deed can tip the balance.”

Just think in terms of politics for a moment. Or sports. I think you get the point.

Commenting on the findings of a recent poll, the Washington Post noted that “Democrats’ views of Republicans tend to be a bit more positive. When presented with an opportunity to opine on the characteristics of those in the opposing party, Democrats were more likely than Republicans to say their opponents were closed-minded — but Republicans were significantly more likely to say Democrats were unpatriotic, immoral or lazy. In most cases, those negative sentiments had increased since 2016.”

There are even gang members who would take a bullet rather than betray a colleague and there are cruel prison guards who are deeply devoted to their spouses and children. Conversely, there are devoted pastors who neglect their own families and on-fire Christians who, in interpersonal terms, can be real jerks.

Circling back to LGBT issues, there are lesbian couples who would die for the children they are raising and heterosexual couples who see their children as a burden. (And yes, of course, I believe it would still be best for kids to have a caring mom and dad rather than two moms or two dads). There are also transgender individuals who are speaking out against trans-activist agendas that hurt children, while there are straight individuals happy to make money off of unneeded sex-change surgery.

The Surprise of Krysten Sinema

When it comes to Kyrsten Sinema, while I know nothing of her private life or her religious beliefs, I do know that an October 2019 headline in Politico read, “The new Democratic senator irritating the left and delighting the GOP.”

In March 2019, the same publication announced that Sinema sided with Republicans in voting against the Green New Deal.

In retrospect, then, the bigger issue appears not to be that Sinema identifies as bisexual but rather that Sinema is helping to hold in check some radical Democratic initiatives.

Do Not Demonize or Sanitize

It’s also interesting to note that Democrat Tulsi Gabbard not only introduced two pro-life bills last December. She also introduced a bill that would ban trans girls and women from competing in female sports.

Yet a few years earlier, when Republicans controlled the White House and Congress, there were Republicans who failed to defund Planned Parenthood or advance other pro-life agendas.

But it does remind me that we do well not to demonize our ideological or spiritual or cultural adversaries while sanitizing those on our side.

The sword of human sinfulness cuts both ways, as does the image of God in every human being. The more we get His perspective, the clearer (and humbler) our vision will be.