No, Dick Durbin, That’s Not the ‘Noise of Democracy.’ It’s a Mob 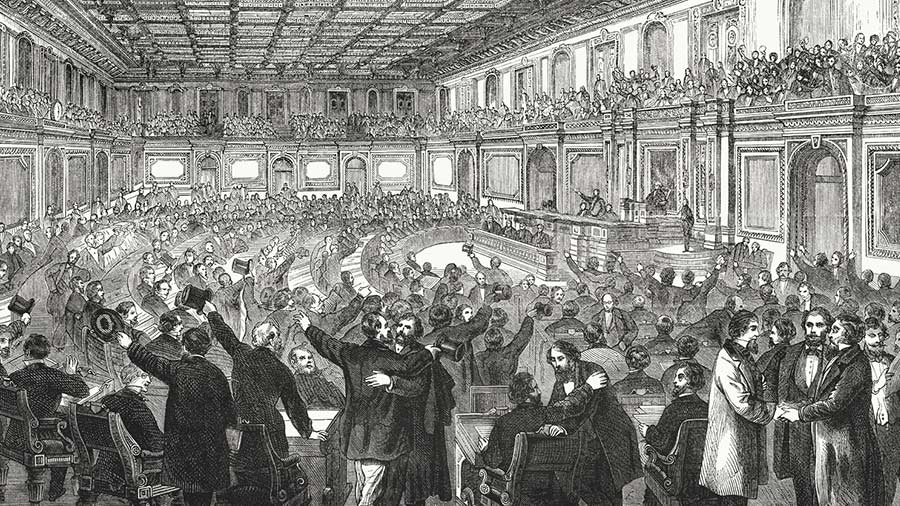 By Rob Schwarzwalder Published on September 8, 2018 •

“What we heard is the noise of democracy,” declared Democratic Senator Dick Durbin of Illinois, praising those who tried to break up Supreme Court nominee Brett Kavanaugh’s hearing. “This is what happens in a free country when people can stand up and speak and not be jailed, imprisoned, tortured or killed because of it.”

But is America a democracy? No, not in the way Durbin thinks.

America is not and never has been a democracy in the sense that the people vote directly for what they want. We’re a republic. People hold political power but delegate the exercise of that power to people they elect to represent them in government. This is true not just on the national level. It’s true from the smallest town council to the governorships of the 50 states.

The Founders of our country wisely recognized that letting people govern directly would result in chaos and collapse. Why? We’re very sinful and very fallible sons and daughters of Adam. We’re prone to leap before we look. We get caught up in the moment. We’re too easily manipulated. The appeal of a Bernie Sanders to so many people is the appeal of a demagogue (even a sincere one) to people who are frightened and alienated. And that’s a good number of Americans these days.

Good judgment would be trampled as unchecked and easily influence feeling rushed over it. Emotional highs and lows, not virtue and caution, would shred the public good. Chaos is the danger of direct democracy. You can’t take a step back and think when the majority gets taken with a bad idea. When strong feelings and weak thinking give honor the boot, dictators can be seen in the shadows. Waiting.

In the Federalist papers, James Madison put it this way: “Democracies have ever been spectacles of turbulence and contention; have ever been found incompatible with personal security or the rights of property; and have in general been as short in their lives as they have been violent in their deaths.”

That’s what can happen when Durbin’s idea of democracy is put in action. That’s why we shouldn’t be too quick to talk about “the voice of the people” and “the noise of democracy.”  His “democracy” doesn’t mean Americans together deciding what we should do as a nation in the best way possible in this imperfect world. It means angry people who lost an election trying to overturn it.

And that’s why we have long governed ourselves through elected representatives, men and women who are supposed to be enough detached from the roar of the crowd to exercise wisdom, not whimsy. We need a government of some kind.

Give Debate a Chance

Do our elected representatives always exercise wisdom? No! They never have. And they never will. Politicians want to get elected and then reelected. Pandering to voters is as old as the franchise. A young George Washington chided the guy he hired to get him elected to the Virginia House of Burgesses for being too stingy with alcoholic refreshments for the voters.

But representative self-governance is still the best way to at least give public debate a chance. It’s often worked. And when it hasn’t, the structure of the Republic — community, regional, state and national elections, held with routine regularity, a free press, free speech, the right to assemble and petition (in a sane manner) one’s government — provides an ongoing method of self-correction.

Each of our states is a republic in itself. “The United States shall guarantee to every State in this Union a Republican Form of Government,” says the Constitution. Each one, with electoral votes and two U.S. Senators, have the potential power to pull back the nation from the brink of any headlong impulse.

The rage displayed at the Kavanaugh hearings was the fruit of a failure to accept the republican nature of our country. That’s sad, since representative self-government, grounded in the high character of those who exercise it, really is what Lincoln called it: “the last, best hope of earth.”

Our great and ultimate hope is in the sovereignty of a gracious and eternal King of kings. But under Him, should we not seek to strengthen and sustain our unique nation? One grounded  both in a recognition of human sin and an appreciation of human dignity? And that’s afforded hope and liberty to tens of millions — exactly because it’s a republic, not a democracy?