An informant told her he was involved in government surveillance of her home. 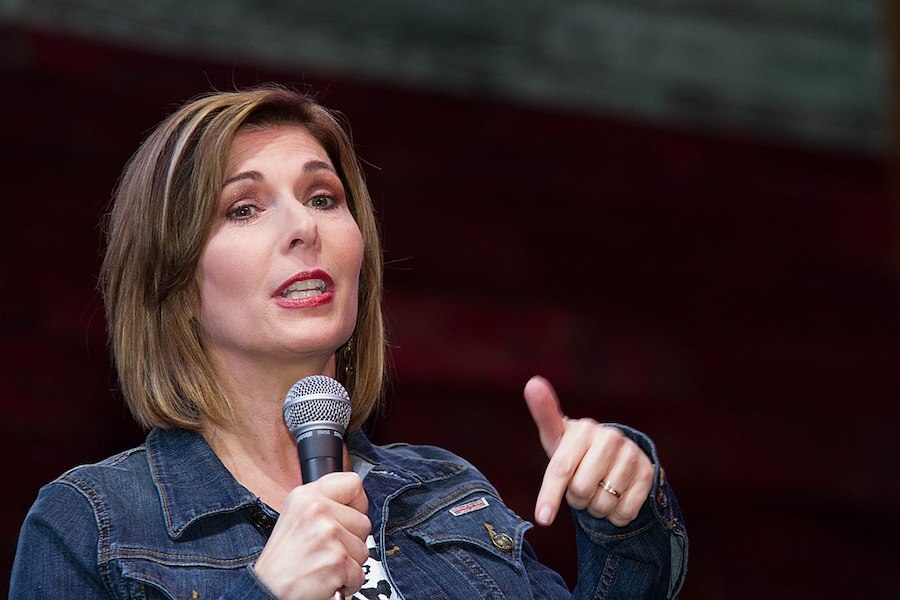 She was sick of the bias. Sharyl Attkisson wanted out. She was one of the biggest investigative journalists on television, winning five — five! — Emmys for her reporting. In her book Stonewalled, she explains how her network failed to cover President Obama’s controversies the way it should have. It covered scandals like Benghazi and Fast and Furious — but not very hard. It didn’t follow the story as far as it should have.

So in March, 2014, after 21 years, she left CBS. Her reward for her years of hard journalistic work? She believes the administration spied on her. And she has reasons for it.

A Spy Told Her

She had suspected it for awhile. The breakthrough came when an informant told her he was involved in spying on her. Attkisson believes Rod Rosenstein directed the surveillance. A former Deputy Attorney General, Rosenstein has been accused of stonewalling requests for documents from GOP members of Congress and mishandling the 2016 election investigation. At the time of the surveillance, he was the U.S. Attorney for the District of Maryland.

With the new evidence, Attkisson has just filed another lawsuit. She alleges that Rosenstein ordered four government employees “to conduct home computer surveillance on the Attkissons and other U.S. citizens.”

This suit isn’t her first: An earlier one was thrown out. The majority on the federal appeals court said she had failed to identify those responsible for the surveillance. But Judge James Wynn Jr. filed a heated dissenting opinion. He blamed DOJ lawyers for delaying and thwarting Attkisson from discovering their identities. Besides filing a new lawsuit, Attkisson is also asking the trial court judge to re-open her original case. In the original case, the DOJ denied there was any surveillance. (Much of the information for this article comes from Attkisson’s new complaint.)

Suspicious Activity With Her Electronic Devices

Attkisson first became suspicious in 2012, when she was still with CBS. She was yet to win her last two Emmys. She’d get one for her reporting on Fast and Furious and the other for exposing Congressional lobbyists.

She says she noticed suspicious signs with her computers and cell phones. Her computers turned off and on by themselves. The house alarm would chirp daily at different times — a sign of phone problems. There was interference with her television. Verizon could not fix the problems despite trying for over a year.

Later in 2012, she contacted Verizon again to figure out why her internet service was spotty. They installed a new router but it didn’t fix the problem. At that time, she was critically reporting on the Obama administration’s green energy initiatives, including the Solyndra failure.

She called in experts to look into it. Leslie M. Szwajowski, a former member of the FBI’s Electronic Surveillance Technology Section, was one. He had experience with federal agencies monitoring the internet, as well as with Verizon’s internet service. In an affidavit submitted by Attkisson’s attorneys, he said that he and his coworkers “were quite shocked at what we found. We felt that what was transpiring, and had transpired, was outrageous.”

The experts found an extra fiber optic cable dangling from the Verizon box at her home. Someone was logging into her Skype account. Data on her computer was being sent to an IP address associated with the U.S. Postal Service. When her Blackberry was connected to the family’s iMac, the hacker was able to transfer large amounts of data from it.

The experts thought she was the target of a sophisticated hacker or surveillance team. Due to the advanced level of the intrusion and the tools used, they believed the hackers were government-related.

Attkisson has named four other defendants in her lawsuit. Shaun Wesley Bridges served as a Special Agent with the U.S. Secret Service. He was convicted of corruption related to his government work and is now serving time in prison. Robert Clarke was a member of the Silk Road Task Force along with Bridges. That task force investigated the Silk Road, a covert online marketplace for illicit goods, including drugs. Shawn Henry was head of the Washington D.C. field office of the FBI. Ryan White worked as an undercover informant for the FBI. His work included illegally hacking into computer systems, servers, email and phones.

In her lawsuit, Attkisson claims ATF sources told her in 2011 while she was investigating Fast and Furious that the government was trying to identify those in government who were leaking information to her and CBS. Her reporting included contradicting AG Holder’s sworn testimony. He claimed he had only heard of Fast and Furious within the past couple of weeks.

In 2012, Attkisson says, the DOJ secretly seized personal and phone records from reporters at the Associated Press. In December 2012, while Attkisson was reporting on Benghazi, she figured out that she was being monitored and discussed it over phone and email with friends. Later that month, she says, the hacker removed the surveillance from her computers.

The DOJ Inspector General launched an investigation and claimed to have found no evidence of government hacking. However, the IG did not inspect her Toshiba laptop from CBS or any devices other than her personal Apple computer. The IG claimed a broken delete key was responsible for the suspicious activity.

Just More of the Same From the Deep Swamp

Attkisson notes that while this was all happening, NSA employees were quitting the agency over its spying, and stating that the agency was spying on journalists. Also during that time frame, the DOJ obtained emails from the Gmail account of reporter James Rosen.

Attkisson has a strong case that she was the victim of wrongful surveillance. Heads may soon roll at the DOJ, since employees said in sworn testimony have claimed just the opposite. A GoFundMe has been started to help her with legal fees.