GQ and The New Masculinity: Turning Men Into Women 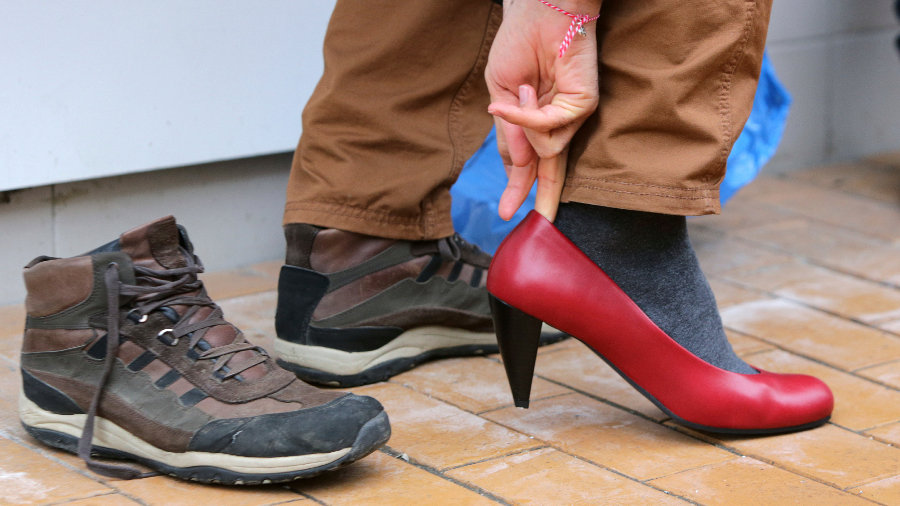 In case you’ve been living under a rock or been trapped deep inside an ultra-leftist bubble, allow me to enlighten you. There is a definite, concerted, war on gender in our society today. And if you had even the slightest doubt about it, look no further than the November edition of GQ magazine.

There, on the front cover, stands singer and fashion designer Pharrell Williams, adorned gorgeously in a long, flowing robe and looking quite ladylike. And there, around Pharrell’s beautiful form, the theme of this special edition of GQ is spelled out: The New Masculinity.

I kid you not.

According to editor-in-chief Will Welch, GQ has been working on this special edition since January, not only tackling abusive aspects of masculinity in our culture, but also featuring an article from “a gender-nonbinary actor who is simultaneously advocating for greater inclusivity in Hollywood and acknowledging their own privilege (Asia Kate Dillon).”

Exactly what you’d expect to find in a gentlemen’s magazine. (Sarcasm intended.)

Another article is from “an anthropologist who is debunking the idea that testosterone determines male behavior (Katrina Karkazis).”

But of course! How did other researchers miss this for so long?

As explained in a blurb to Karkazis’s book on the subject (co-authored with Rebecca M. Gordon-Young), “This unauthorized biography pries T, as it’s known, loose from over a century of misconceptions that undermine science even as they make urban legends about this hormone seem scientific.”

Did you get that, men, especially those of you who suffered the effects of low testosterone counts? It’s all urban legend.

In all seriousness, and with full respect to Dr. Karkazis’s credentials (she is Carol Zicklin Endowed Chair in the Honors Academy at Brooklyn College, CUNY, and Senior Research Fellow with the Global Health Justice Partnership at Yale University), I must ask a simple question: Are these studies driven more by science or by ideology?

While I do not have the scientific acumen to analyze Karkazis’s claims, I can analyze statements like this, by editor Welch.

Speaking of Pharrell, he notes that, “has a long history of shattering cultural norms — and he has also shown a profound ability to adjust as the world around him has changed.”

Welch also notes that the “antidote to toxicity” is “empathy.”

Husbands and dads, beware. Your solid, steady, protective and nurturing acts are increasingly out of step with today’s new reality.

The playing field must be perfectly leveled. Male-female distinctions must be downplayed and denied. And gender confusion must reign supreme.

From a man being named Woman of the Year to Drag Queens reading to toddlers, and from “men” menstruating to “men” having babies, gender norms must go.

For months now I have been shouting from the rooftops about a “Jezebelic” attack on our nation, by which I mean a coordinated, ideological attack on our country. The spiritual assault is real.

That’s why I’m not surprised to see Will Welch’s October 14 article for GQ titled, “Pharrell on Evolving Masculinity and ‘Spiritual Warfare.’”

Yes, “spiritual warfare,” a theme repeated throughout the article.

In response to Welch’s questions, Pharrell said, “. . . we’re in the middle of a spiritual plight. A spiritual war.”

And, “What is happening to a transgender person? What are they going through? They feel like their body is not connected to their spirit. And what kind of toxic environment do we live in that they have to justify how they feel? That must feel incredibly insane. That is spiritual warfare. . . . But it has prompted this conversation that I think is deeper than what the new masculinity is or what a non-gender-binary world looks like. I think we’re in spiritual warfare.”

And, with reference to the 2020 elections, “It’s more about who is going into the voting booths. But the reality is that people don’t know that we are in the middle of spiritual warfare.”

Obviously, Pharrell and I are worlds apart on the nature of this spiritual warfare. But we are in agreement on the real existence of a spiritual battle for the soul of our nation.

We dare not downplay it.

At the risk of being redundant, I raise my voice again.

The mounting evidence of the war on gender will either bury us or wake us up.

The spiritual warfare is real.