New Democratic-Controlled House Vows to Take on the Second Amendment

Some even want to repeal the Second Amendment. 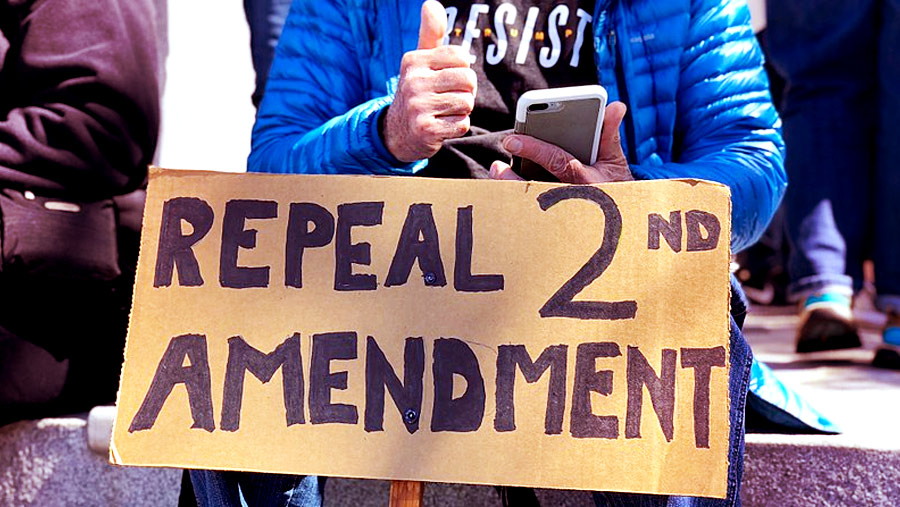 Now that Democrats will take over the House of Representatives, they are calling for gun control legislation, citing the rash of previous mass shootings. The new laws will likely expand background checks and ban assault-style weapons.

“The American people deserve real action to end the daily epidemic of gun violence that is stealing the lives of our children on campuses, in places of worship and on our streets,” said Rep. Nancy Pelosi (D-Calif.). She will probably become House speaker again. Pelosi called for restrictions on high-capacity magazines and a measure allowing temporary removal of guns from people deemed an imminent risk to themselves or others.

She also called for “common-sense background checks to prevent guns going into the wrong hands.” Representative Mike Thompson (D-Calif) called universal background checks “the first line of defense in our efforts to keep guns from criminals, domestic abusers and the dangerously mentally ill.” He’s co-sponsoring a bill requiring them with Peter King (R-NY).

Banning bump stocks is another top priority of Democrats. President Trump called for banning them after the Las Vegas mass shooting. Democrats may not need to pass legislation since Trump says his administration is in the last month of instituting a ban.

The left may go even further restricting the Second Amendment. Former Supreme Court Justice John Paul Stevens called for the repeal of the Second Amendment in March. Even some on the right are jumping on board. The New York Times‘ right-leaning columnist Bret Stephens also called for its repeal. Karl Rove, President George W. Bush’s campaign consultant, hinted at it, “Now maybe there’s some magic law that will keep us from having more of these,” he said. “I mean basically the only way to guarantee that we will dramatically reduce acts of violence involving guns is to basically remove guns from society, and until somebody gets enough oomph to repeal the Second Amendment, that’s not going to happen.”

Democrats may be able to convince a few moderate Republicans in the Senate to support gun control measures. However, any legislation will still need President Trump’s signature.

Democrats are likely to hold hearings on gun violence. This has the potential to influence the electorate and drive up concerns. Rep. Jerry Nadler (D-NY) said “it is long past due” that the committee address the nation’s gun laws.

Gun control efforts received a boost from the #NeverAgain movement, started by students at Marjory Stoneman Douglas High School after the February shooting in Parkland, Florida. The movement did well in the elections within suburban districts across the country. Democrats no longer treat gun control as a “third rail” in politics they should not talk about. Many of them make it a central campaign issue.

Democrats defeated several Republicans backed by the NRA. Fifteen House Republicans with “A” ratings from the NRA lost their elections. According to the NRA, candidates backed by gun rights group won 106 races, and lost 33. This was despite being outspent by gun control supporters. Gun control groups spent three times as much money on ads during this election than they did during 2016.

No Longer a ‘Third Rail’ for Democrats

Banning assault weapons is nothing new. An assault weapons ban became law in 1994. It was sunsetted in 2004 after studies showed it had little effect on criminal activity. Crimes are generally committed with pistols or revolvers. The New York Times admitted the shooter at the bar in California, “a former Marine, bought his handgun legally in a state with some of the toughest gun control laws in the country.”

A Gallup survey found that 61 percent of those polled “want stricter gun laws.”

According to a new Pew Research Center survey, more Americans now favor gun regulation (52 percent) over gun rights (44 percent). This is a flip from 2016. A Gallup survey found that 61 percent of those polled “want stricter gun laws.” A poll by The Economist/YouGov found that 21 percent of Americans want to repeal the Second Amendment. Thirty-nine percent of Democrats do.

Democrats may not pass gun control legislation while the GOP controls the presidency and the Senate. But with the mood of the country changing, if the Democrats can take back the White House and the Senate, they will have a very good chance.