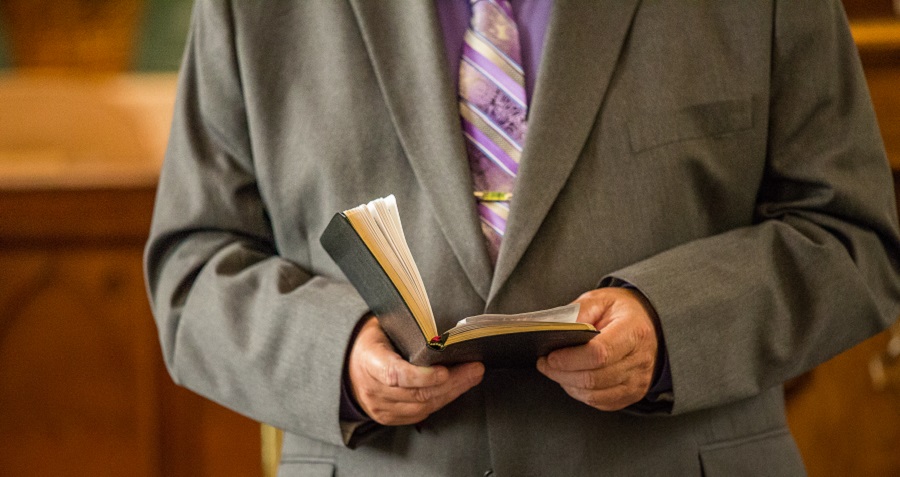 Last week, I put out a warning about a bill under consideration in California known as ACR 99. I explained “Why California Pastors Must Stand Up to Government Tyranny.”

I also tweeted about the bill. I asked: “What? A California bill that would FORBID pastors from saying homosexual acts are sinful? A bill REQUIRING them to affirm same-sex relationships and gender identity? It has been proposed!” One of my Twitter followers, a younger Christian man, challenged my reading of the bill. He insisted that it did not infringe on Christian liberties. Is he right?

Let’s take a look at this bill more carefully. Once we do, you’ll understand why Christian legal organizations, along with pastors and ex-gay leaders in California, are so concerned.

The Bill is Bad

The final text of the bill states this: “This measure would call upon all Californians to embrace the individual and social benefits of family and community acceptance, upon religious leaders to counsel on LGBTQ matters from a place of love, compassion, and knowledge of the psychological and other harms of conversion therapy, and upon the people of California and the institutions of California with great moral influence to model equitable treatment of all people of the state.”

Can you be gay and Christian? For Dr. Brown’s short, animated video on what the Bible says about homosexuality, see here.

Is this really so bad? Yes.

First, who gave the government the right to issue a call like this? Who gave the government the right to tell religious leaders that they cannot help people with unwanted same-sex attractions pursue change? (Broadly speaking, that’s what “conversion therapy” ultimately refers to. The term, of course, is used in a derogatory way.) If ever there was an overstepping of the separation of Church and State, this would be it.

Second, what, exactly, is meant by “equitable treatment of all people of the state”? Based on the findings which form the foundation of this bill, it would mean affirming transgender identity and transgender “rights,” even when those “rights” infringed on the rights of others.

And this is not just idle talk. The bill passed it its committee vote and is heading to the California Senate for a full vote. Let’s dig in a little deeper to see exactly what California pastors and religious leaders are facing.

ACR 99 is based on a number of presuppositions, all introduced with the word WHEREAS. Here’s the first: “The California State Legislature has found that being lesbian, gay, bisexual, or transgender (LGBTQ) is not a disease, disorder, illness, deficiency, or shortcoming.”

Based on this, it would be wrong to believe or teach that homosexual practice is sinful. Or that homosexual desires are disordered. Or that there is anything wrong with homosexual relationships. Or that a man who believes he is a woman has any type of deficiency. And this is just the first of the 9 “WHEREAS” clauses!

Another clause rejects any attempts to change a person’s LGBTQ identity. (This appears under the heading of “conversion therapy.”)

And another states that “the stigma associated with being LGBTQ often created by groups in society, including therapists and religious groups, has caused disproportionately high rates of suicide, attempted suicide, depression, rejection, and isolation amongst LGBTQ and questioning individuals.” In other words, if you preach and teach what the Bible says about LGBTQ issues and people, no matter how loving and compassionate you are, you are guilty of stigmatizing them, thereby causing them emotional and even physical harm.

The intent of this bill is perfectly clear.

The Government Telling Pastors What to Preach

Specifically, the resolution “calls on religious leaders and others with ‘moral influence’ to affirm homosexuality and ‘transgenderism’ and to accept that Christian efforts to help people with unwanted same-sex attraction or gender confusion are ‘ineffective, unethical and harmful.’ As a resolution, ACR 99 does not have the force of law but will be persuasive for some policymakers. It will now go to the state Senate for a vote.”

That’s why the California Family Council, which is on the front lines of this legislative battle, wrote that “CA Legislators to Tell Pastors What to Preach from their Pulpits on LGBT Behavior & Identities.”

And that’s why ex-gay leaders Ken Williams and Elizabeth Woning protested the bill. As Woning wrote, “For us, walking out our faith with biblical conviction means life and hope. Our faith has saved us from suicide and given us freedom to live with clear consciences. We too would like to be acknowledged and affirmed. … Instead, activists attack our efforts to care for like-minded friends by promoting dangerous counseling restrictions and stifling our free speech.”

In short, this bill would state that pastors and Christian counselors do not have the right to walk out their faith and live out their biblical convictions. It would stop them from offering the fullness of the Gospel to people with unwanted same-sex attractions and gender identity confusion. And it would constitute, in no uncertain terms, a frontal assault on their — and our — religious liberties.

That’s why it must be resisted.