Never Forget That the Gospel is Made for Hard Times 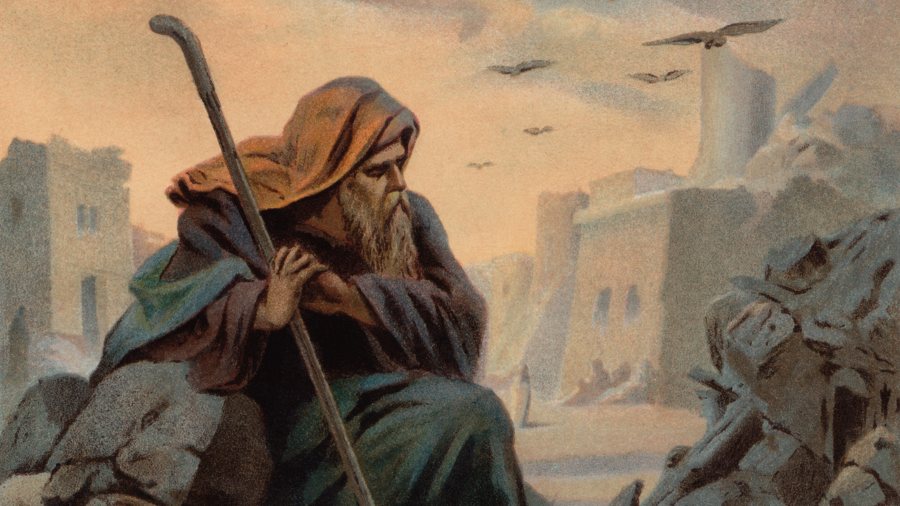 Jeremiah the prophet had a very difficult life. He was called by God at a young age — most likely as a teen — yet was forbidden by the Lord to marry or have children. He was rejected. Hated. Beaten. Imprisoned. Mocked. Falsely accused. Abandoned to die. And he never altered his message for a period of forty years, proclaiming judgment and destruction if his nation would not repent.

But sometimes things got too intense. The pressure was too great, the sting of rejection too painful, the dire message too overwhelming. And at times like that, even Jeremiah broke down, not changing his message but telling the Lord he was done. “I don’t need to prophesy any longer!”

This happened in Jeremiah 20, after he had been put in the stocks and then had delivered a message of judgment to the man who locked him up. He wished he had never been born. He tried to suppress the message, but he could not. It was like fire in his bones.

It happened in Jeremiah 15, after he had delivered yet another agonizing word of death and devastation and bereavement. “Woe is me!” he proclaimed. He had really had enough.

And it happened in Jeremiah 12, after his own family had turned on him and close relatives wanted to put him to death (see Jeremiah 11:18-23). It was time to make his complaint known to God, and we read it beginning in Jeremiah 12:1.

Unfortunately, many of our English translations take the sting out of his words, with translations which say something like, “Righteous are You, O LORD, when I plead with You; Yet let me talk with You about Your judgments” (NKJV). What the Hebrew is really saying is this: “I know that You’ll always come out in the right when I lodge a complaint with You, nonetheless, I’m going to bring charges (or, make a judgment) against You” (my translation). Those are biting words!

Why does the way of the wicked prosper? Why do all the faithless live at ease? You have planted them, and they have taken root; they grow and bear fruit. You are always on their lips but far from their hearts. Yet you know me, Lord; you see me and test my thoughts about you. Drag them off like sheep to be butchered! Set them apart for the day of slaughter! How long will the land lie parched and the grass in every field be withered? Because those who live in it are wicked, the animals and birds have perished. Moreover, the people are saying, “He will not see what happens to us.” (Jeremiah 12:1b–4)

And how does the Lord reply? How does our gracious heavenly Father treat His hurting, loyal son? He rebukes Him! He basically says to Him, “Jeremiah, if you’re having a hard time making it in your little hometown of Anathoth, how are you going to make it in a big city like Jerusalem? If a little pressure from your family makes you question how I run my world, what are you going to do when things get rough.” Or, to use a traditional (but, today, politically incorrect phrase), “Jeremiah, man up!”

The Lord said to him, “If you have raced with men on foot and they have worn you out, how can you compete with horses? If you stumble in safe country, how will you manage in the thickets by the Jordan?” (Jeremiah 12:5) And this was just what Jeremiah needed. He was strengthened and continued in His mission. “No more complaining, Lord! I realize this is bigger than me.”

To be sure, the Lord also offered him comfort, basically saying in the verses that follow, “Jeremiah, I understand. My own family has turned on Me too, and I must hand them over to judgment.” But that was not the first thing God said to him. Instead, He pushed back against the prophet’s complaint and jarred him back into reality.

That is exactly what some of us need. We need to be jarred back into reality. We need a divine jolt to our senses. We need a holy wake-up call.

Throughout History We Have Survived and Overcome

In the words of Paul, “Who shall separate us from the love of Christ? Shall trouble or hardship or persecution or famine or nakedness or danger or sword? As it is written: ‘For your sake we face death all day long; we are considered as sheep to be slaughtered.’ No, in all these things we are more than conquerors through him who loved us.” (Romans 8:36–37)

Do you see what Paul is saying? We are being slaughtered like sheep (quoting Psalm 44:12) because of the gospel. We are experiencing trouble and hardship and persecution and famine and nakedness and danger and sword. We are going through terrible times of suffering and hardship and pain, but none of it can separate us from Messiah’s love. Through Him, we are more than conquerors. This makes me want to shout!

Be Strong in Him

So, to the weak God says, “Be strong in the Lord!” (See Joel 3:10b; Ephesians 6:10) You might be weak and frail, but in Him, you are an overcomer. And so, the Spirit says to us, “Don’t feel sorry for yourself. Don’t throw a pity party. Don’t identify with your problems. Instead, put on God’s armor and be strong in Him. You are a more than a conqueror through Jesus!”

But that real faith is at the core of our being in Jesus. To repeat, in Him, we are overcomers.

Our Faith is Victory

Most of us today still do not have it so badly, although some are facing the worst trials of their lifetimes. Either way, it’s time we take hold of God’s grace, the grace that takes us over, not under, the grace that empowers our hearts and minds, the grace by which we overcome. “For everyone who has been born of God overcomes the world. And this is the victory that has overcome the world — our faith” (1 John 5:4).

Let us live, right here and right now, in this victory. The gospel was made for hard times. And so were you.

(Excerpted from Michael L. Brown, When the World Stops: Words of Hope, Faith, and Wisdom in the Midst of Crisis.)

Is Our God No Different Than the ‘Flying Spaghetti Monster’?