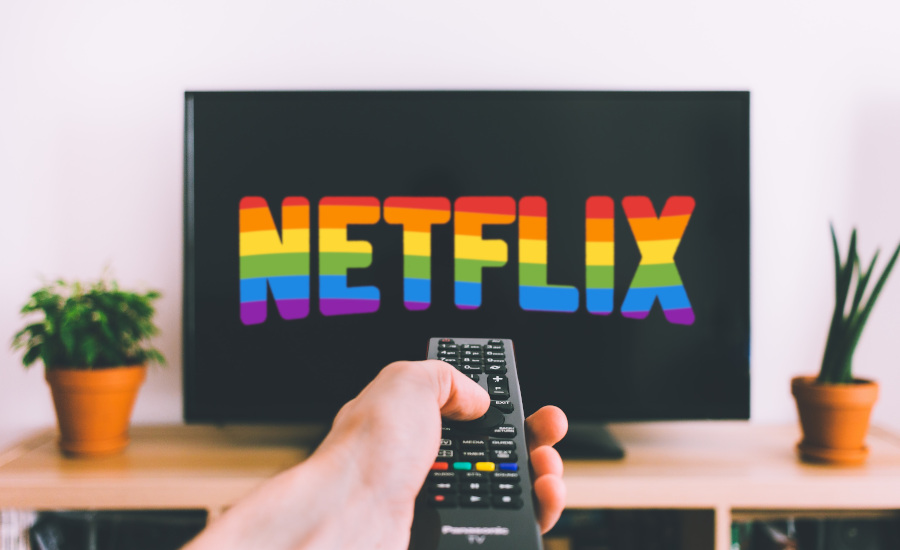 In a letter sent by Netflix to leaders of a Straight Pride event, the internet giant said, “You should know that we’re unafraid of bullies. Our legal department is here, it’s queer, and it’s telling you to steer clear.”

Netflix, we hear you loud and clear! You are here and you are queer.

Apparently, the organizers of a Straight Pride parade in Boston had listed Netflix as a potential sponsor, even using the Netflix logo, something the clearly pro-LGBT company did not take lightly.

As reported by PinkNews, “Netflix sent a cease-and-desist order to Super Happy Fun America, the group organising the [Straight Pride] parade, which has several ties with far-right and white nationalist organisations.”

The Straight Pride organizers responded with a post titled, “Netflix Hates the Straight.” In it, they accused Netflix of being a “heterophobic company steeped in hatred and bigotry.”

They added, “Obviously, Netflix has no qualms about using their position of power to threaten marginalized groups who are exercising their 1st amendment rights. It appears that their legal department is staffed by gay supremacists who are so accustomed to privilege that our goal of equality for straights feels like oppression to them. In fact, it is Netflix that is acting like a bully. We have every right to inform the public about our attempts to gain sponsors for our parade and their hate will not stop us.”

You are here and you are queer. Quite so.

Personally, I have no interest in the Straight Pride parade, and none of my pro-family colleagues are involved with it. That being said, it is clear that Netflix is the bully here. And it is even clearer that Netflix is proudly queer.

As to Netflix saying “we’re unafraid of bullies,” that would be like the United States military saying to the army of Haiti (perhaps 200 strong?), “We’re not afraid of you! We’re not intimidated by bullies!”

Netflix has a reported annual income of more than $17 billion, whereas the Straight Pride budget can only be in the thousands (and I would imagine low thousands rather than high thousands). Yet the Straight Pride organizers, with their silly name (“Super Happy Fun America”) are the bullies. Right.

Of greater interest, though, is Netflix’s open, bold, even boastful statement, “Our legal department is here, it’s queer, and it’s telling you to steer clear.”

Not that long ago, gay strategists suggested that, to turn the tide in America, it was important to distance themselves from the militant homosexual zappers who proclaimed, “We’re here, we’re queer, get used to it.”

Representing the conclusions of other gay strategists, Marshall Hunt and Kirk Madsen wrote in their 1990 book After the Ball, “The gay revolution has failed.”

For them, the whole “in your face” approach had failed to change American hearts. Instead, those images needed to be replaced by a new image, one that “must, of necessity, be carefully tailored to be free of absolutely every element of the widely held stereotype of how ‘faggots’ look, dress, and sound.”

That was a long time ago. Today, Netflix lawyers can boast about their queerness, and it’s totally part of the mainstream: “We are here and queer indeed!”

We Hear You, Netflix

But it’s not just the Netflix legal team which is openly queer. The company as a whole has been blazing an openly queer path for years. There is not only a plethora of gay-themed movies on Netflix, but a 2018 article pointed to “30 Netflix original shows with LGBT characters.”

Yes, “Netflix has quite the history with LGBT representation, with two of their earliest shows (‘House of Cards’ and ‘Orange Is the New Black’) featuring queer leads. The company hasn’t shied away from these characters since, with LGBT characters appearing in the main casts of shows like ‘Sense8’ and ‘One Day at a Time,’ to name a few. Dramas, comedies, thrillers — whatever the genre, Netflix has featured an LGBT character in it.”

In keeping with this emphasis, now that The Designated Survivor is a Netflix production, it not only introduced the F-word to the show. But by the third episode, it focused on “transgender rights.”

So Netflix, yes, we hear you loud and clear. You are here and you are queer. Quite so.