In one sense, states have a legitimate authority to “define” marriage, but they have no right to deny the reality of marriage or to define it arbitrarily. 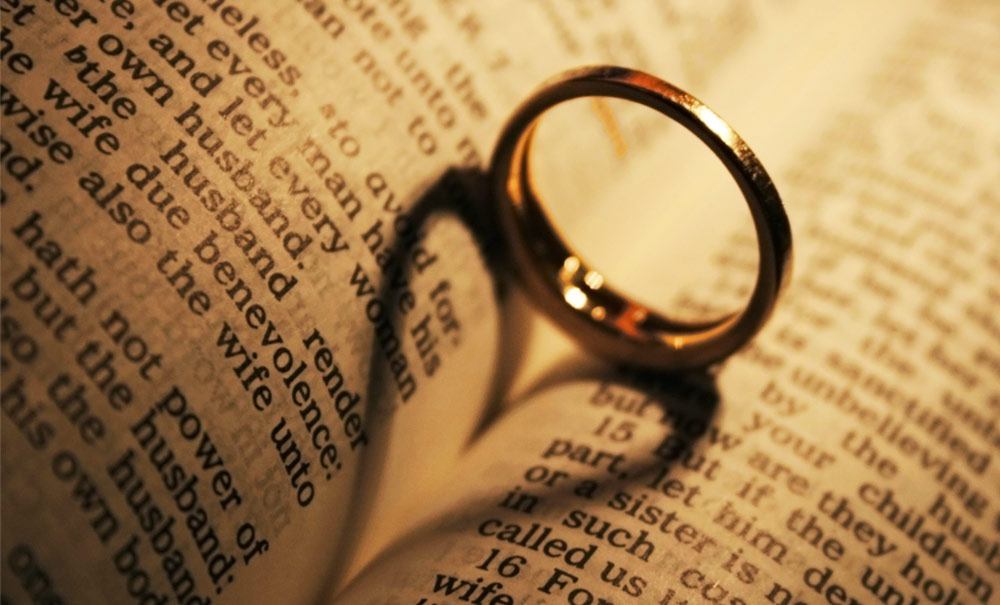 The American Principles Project recently released a Statement Calling for Constitutional Resistance to the U.S. Supreme Court marriage opinion in Obergefell v. Hodges. The statement, signed by over sixty scholars, contends that the 5-4 opinion is an abuse of judicial office and does not constitute the rule of law. As Chief Justice John Roberts wrote in his dissent, it is merely the opinion of “five lawyers” who “imposed their will, not a legal judgement,” and it is “not based on the Constitution or the Court’s precedents.”

We could not agree more.

We agree with their legal analysis concerning the flaws in the majority opinion and “call on all federal and state officeholders to refuse to accept Obergefell as binding precedent for all but the specific plaintiffs in that case.”

We also join in their call to federal and state officeholders to “recognize the authority of states.” Since the statement is focused narrowly on judicial supremacy rather than on the nature of marriage, however, we want to make sure that this claim is not misunderstood or misused.

The statement asks officeholders to “recognize the authority of states to define marriage, and the right of federal and state officeholders to act in accordance with those definitions.” In one sense, of course, states have a legitimate authority to “define” marriage, which they must have to enact laws dealing with the “edges” of marriage, such as disposition of property, support, age of consent and child custody. In our federal system, this authority rests with the states rather than the federal government. By overruling many of these laws, the Supreme Court overstepped its constitutional bounds.

At the same time, states have no more right than does the federal government to deny the reality of marriage or to define it arbitrarily.

This is what the federal government did in the Obergefell decision. The Supreme Court not only abused its constitutional authority, it violated natural and revealed law. It contradicted millennia of human history. And it ignored the natural created order, which reveals the truth about marriage between man and woman.

Marriage as an institution precedes civil government. It is the foundation for the family, which is the first cell of civil society and the first government in its own right. No judge, representative or executive has any authority to re-define marriage. Any proper definition of marriage must match the nature of marriage.

The idea that there are certain truths knowable by reason and the natural law is foundational to the American Experiment. The very notion of the rule of law was grounded in the American founder’s reliance upon what the Declaration referred to as “the laws of nature and nature’s God.” The American founders understood, for instance, that human beings are “endowed by their Creator with certain unalienable rights.” Governments, courts and judges do not give us these rights, but rather are obliged to respect them, to recognize them and to enshrine them in our laws.

For this reason, Abraham Lincoln was right to side with the Constitution and the natural law, and against the Supreme Court, in the Court’s infamous Dred Scott decision. For Lincoln, and for the very logic of our constitutional order, the right to life and liberty precede the claims to authority of the federal government, the states, and for that matter, even the people. A majority of the voters, after all, does not have the authority to strip a minority of its rights.

In the same way, the reality of marriage precedes our state and federal laws. That’s why the language in the Statement Calling for Constitutional Resistance defending the right of states to “define” marriage must not be misinterpreted as simply calling for individual states to determine the nature of marriage. Otherwise, the problem of Obergefell would only reemerge in an even more difficult and complicated way.

Lincoln stood for the unchangeable truths of the natural law and against the judicial supremacy of his day. We must do the same in our day.