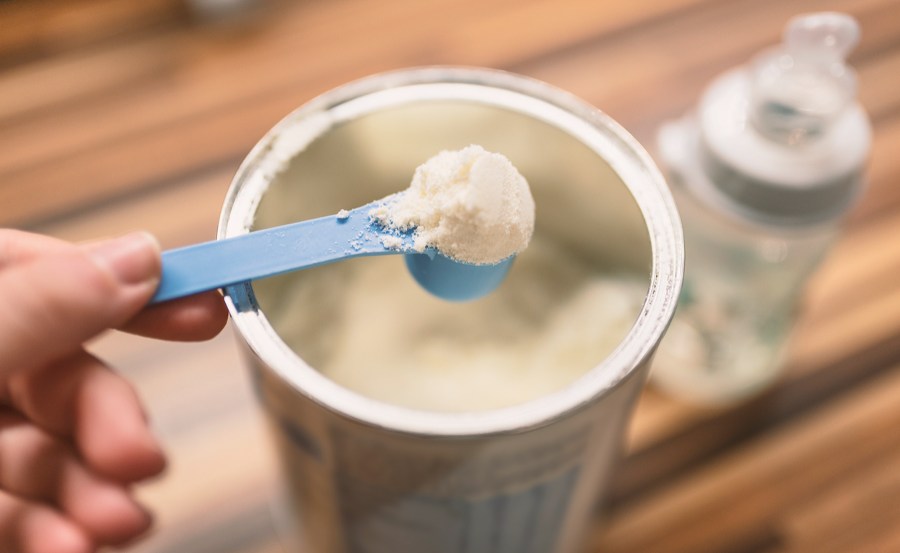 Many parents are seeing empty shelves where they used to see infant and toddler formula. The national out-of-stock rate for baby formula hit 31% in April. The shortage isn’t new, but it’s worsened. CVS and Walgreens said they’re limiting customers to three formulas per transaction.

Abbot, the parent company of multiple pediatric nutrition brands, says they voluntarily recalled lots of Similac, Alimentum and EleCare powder formulas “after four consumer complaints related to Cronobacter sakazakii or Salmonella Newport in infants who had consumed powder infant formula.” The FDA says it knows of two babies who have died of salmonella in relation to this case.

Psaki is asked what the White House is doing about the baby formula shortages, with a reporter saying it is "partly an FDA issue, but it could be a Biden administration issue." pic.twitter.com/uZKTmAq1eK

The president and founder of pro-life organization Live Action, Lila Rose, posted on Twitter that the midterms will show voters “care about affording to put gas in their cars and finding baby formula — not forcing other states to permit killing preborn children.”

Voters care about affording to put gas in their cars and finding baby formula – not forcing other states to permit killing preborn children.

I think the Democrats seriously overestimate the persuasiveness of their radical abortion agenda and they will pay for it during midterms.

To What Degree Can Breastfeeding Provide a Solution?

Parenting publication Romper tackled the question of whether breastfeeding is a solution to the formula shortage. For mothers who aren’t breastfeeding, establishing a milk supply is time intensive. “Relactation is a long process, you need professional guidance, and sometimes medication, and it’s a huge undertaking,” Kate DiMarco Ruck, an International Board Certified Lactation Consultant (IBCLC), said. “You need to pump every two hours. That’s just not realistic for someone who is back to work and looking to supplement their baby. And it’s very insensitive — it would be a horrible thing to say to someone who struggled with breastfeeding in the first place.”

As people were panic buying at the start of the pandemic in the spring of 2020, The Washington Post ran an article offering advice on relactation entitled, “Worries over formula shortages have stirred interest in re-lactation. Here’s what to know.” The article quoted lactation consultants saying they were getting an increased number of requests about relactation and offered tips on how to reestablish a milk supply or even attempt to establish a milk supply without having breastfed before.

Many babies can drink a different formula than the one they’re used to without much problem. Some, however, require specialty formulas due to allergies or other gastrointestinal issues and are more vulnerable to health issues when parents aren’t able to obtain the formula they normally consume. “I knew we would have to use the generic formula that hurt her stomach again,” one mom said of her baby in an interview with Fox News. “And that broke my heart.”