My Review of Bob Woodward’s Fear

I was expecting a much worse picture of President Trump to emerge. 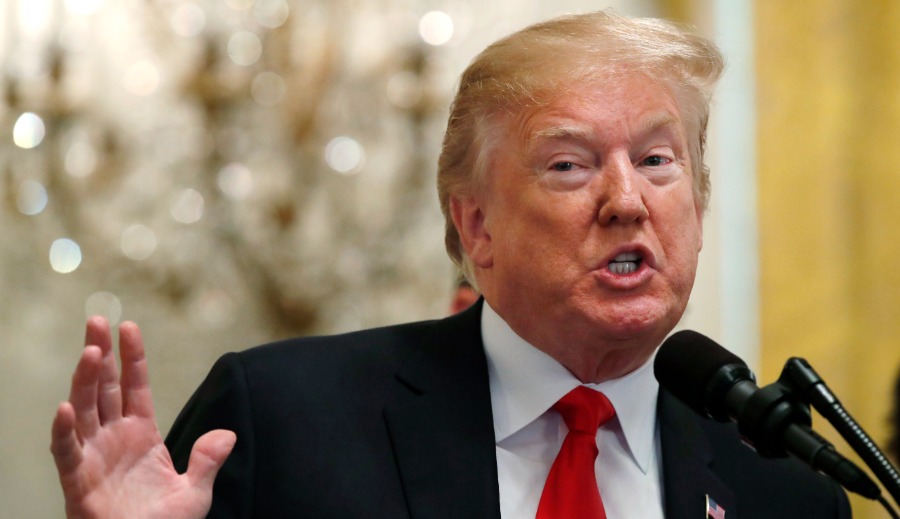 Although I virtually never read books about contemporary presidents and political leaders, I decided to read Bob Woodward’s Fear since it has become an overnight, national sensation. For those who are interested, here are my thoughts.

Woodward is an accomplished journalist and Washington insider. As such, he knows his way around the Nation’s Capital better than I know my way around my neighborhood. And, as such, he has access to people and sources that I could never reach.

In that respect, I deeply appreciate the time and effort he put into this book, conducting countless interviews and seeking written documentation wherever possible. It must be a painstaking task.

For the detailed, chronological picture that emerges, I am grateful to him.

I Was Expecting Far Worse

That being said, it seems odd to publish the book now, so early in the Trump presidency. Isn’t there much more of the story to be told in the days ahead? Isn’t this like part one of a two (or three, or four) part story? In that sense, there is a distinct lack of completeness to the narrative, and with that, limited ability to look back and assess.

The book ends somewhat suddenly, and in an unsatisfying way.

As for the heart and soul of the book, I have to say that I was expecting a far worse picture of President Trump to emerge.

Some, if not most, of the salacious details were released in advance, almost like an action-movie trailer that showed all the scariest scenes. The movie itself would almost feel like a letdown. That’s how I felt reading Fear.

But that also speaks to Woodward’s attempt to be a fair witness. In other words, as much as the book might seem like a hit job to some, it didn’t feel that way to me — at least, overtly.

Of course, had Woodward sought to pen a laudatory book about Trump, he would have written something very different. But had he sought to demonize the president completely, the book could have been far worse.

For example, I got the impression that Trump really cared about the well-being of America and he was truly fighting for the average worker and citizen. It was also clear he was gutted at the notion of American soldiers dying on the field, and he was concerned about civilians being killed in our overseas bombing efforts. And it was important to the president to keep his campaign promises.

This is not to downplay the universally-recognized Trump ego. It is simply to say that many of the positive, caring sides of the man were portrayed in Fear as well.

On the other hand, there’s very little in the book about Trump’s major accomplishments, since Woodward’s emphasis is clearly on the alleged disfunction of the current administration.

What I did question, however, was page after page of reconstructed conversations, all in quotes, as if anyone could remember them with such accuracy months after the fact. Even if we give the benefit of the doubt that the substance of the conversations was accurate, the fact is that most readers will take quoted words as exact quotes.

I assume that Woodward conducted enough overlapping interviews so as to be able to reconstruct heated interactions that were one-year old. But even so, try doing that yourself with a few friends six months after you had a passionate discussion together. See how much agreement you have and how many exact quotes you are sure about months after the fact.

And what of the accounts that rely on one person who was with the president? Without recordings or transcripts, how do we verify this? And haven’t we all been shocked to see how two people in the same room can come away with radically different perspectives?

This is not to say that Woodward’s narrative is riddled with (or, mingled with) inaccuracies and falsehoods. That’s for others to decide. My point, rather, is to say that not every quote and account can be taken as gospel truth. (But, I repeat: If every line in the book was true, it would not greatly surprise me.)

On a more minor note, the F-word was everywhere, as if this was the word of choice for everyone in the White House.

Again, I don’t doubt that this could be true, remembering how Trump once delighted the crowds with his crude talk and how Steve Bannon has been known for his profanity. It just made me wish that someone quoted in the book could get through a sentence without saying “F—.” (That, however, is not Woodward’s fault if he merely sought to be a scribe.)

Two Main Lessons from the Book

Ultimately, though, for me, there are two main lessons that emerge from the book.

The first is that Trump is used to being autocratic, to going with his gut, to making immediate decisions that are difficult to override. This has created challenges for him and his team now that he’s the President of the United States.

The stakes are massively higher than they were when he was in the business world, literally to the point of life or death. That means that he needs to be surrounded by people who share his goals and who support his agenda, but who can also get his ear when he’s heading down a dangerous path.

Neither a bunch of yes-men nor a cadre of secret resisters will get the job done.

The second lesson was that, in the months leading up to the election, it seemed completely unlikely that Donald J. Trump would become our 45th president. Not a chance. No way, no how. Forget about it!

Now, as we approach the midterm elections and many are predicting a massive blue wave, it seems unlikely again that the Trump agenda will survive.

What we learned in 2016, reinforced by Woodward’s book, is to expect the unexpected.

If Bob Woodward is Right, How Should We Vote?