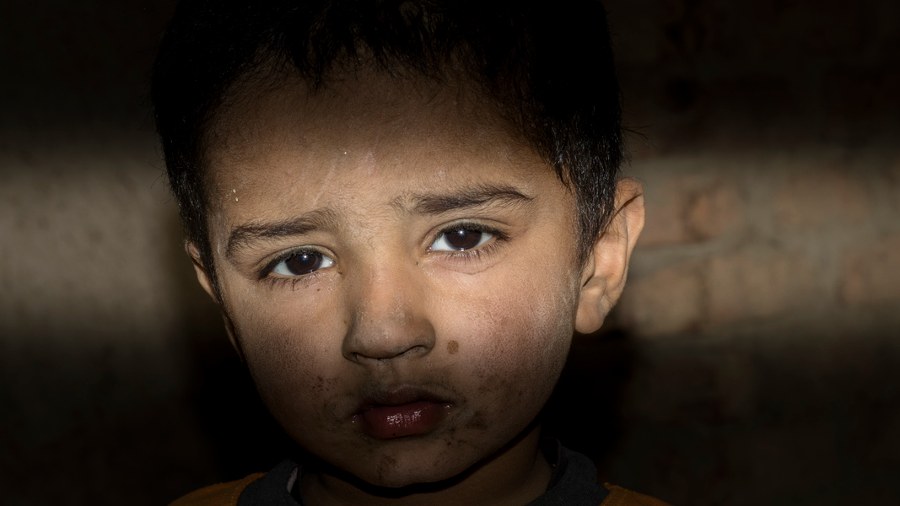 By Raymond Ibrahim Published on September 8, 2022 •

A recent development, based on a little known technicality of Islam law, yet again underscores how sharia is in many ways the antithesis of natural law.

A ‘Gift From God’ — Seized By the State

Four years ago, a newborn baby boy was found abandoned inside a Coptic Christian church in Egypt. The priest entrusted the foundling to a pious couple from his congregation, who for nearly 30 years had prayed for a child. Everything went well for the next four years. The boy, who was given the distinctly Coptic name of Shenouda, became the pride and joy of his adoptive parents. Seeing him as a “gift from God,” they spared no care or expense on his upbringing.

Then the Egyptian state learned about this otherwise happy outcome. Because Egyptian law bans adoption, the 4-year-old child was seized from his loving parents’ arms — even as he cried “mamma, papa!” — and sent to an orphanage.

According to the Egyptian government, because the religious affiliation of Shenouda’s biological parents is unknown, he must be considered and treated as a Muslim. Such “logic” traces back to Islamic jurisprudence, which holds that every human being is born as a Muslim and only “loses” his/her Islam when taught false things or religions (in this case, Christianity).

At the orphanage, the four-year-old child was forcibly “returned” to Islam: he was issued a birth certificate — marked “Muslim” under religion — and given a suitable Muslim name, Yusuf.

For more on this hapless child’s fate, see this article.

Here we address the all-important question: why is adoption illegal in Egypt and other Muslim nations in the first place?

As with all Islamic practices — particularly the more bizarre ones, such as adult breastfeeding, camel urine drinking, and necrophilia — sharia’s ban on adoption, which was originally an acceptable practice among the pre-Islamic Arabs, revolves around Muhammad.

According to Islam’s most authoritative scriptures, the prophet once dropped in for a visit at the tent of his own adopted son, Zayd bin al-Haritha. There, Muhammad’s eyes fell upon Zayd’s unveiled wife, Zaynab. Instantly enamored by the sight of his scantily clad daughter-in-law, it soon became clear to Zayd that his adoptive father desired his wife. So he humbly offered to divorce her; but Muhammad, knowing the scandal it might cause if he added his own son’s wife to his already burgeoning harem, refused.

Before long, Muhammad received another “revelation” — meaning a Koran verse — whereby Allah ordered him to marry Zaynab. The Muslim deity further chastised Muhammad. Of all people, surely he, a prophet, should concern himself only with Allah’s will, not the opinions of his followers. Finally, to guard Muhammad from the stigma of marrying and copulating with what was considered his daughter, Allah abolished the traditional notion of adoption, thereby allowing men to have the ex-wives of their one-time but no longer adopted sons. (See Koran 33:4 and 33:36-42)

It was, incidentally, this “revelation” that caused Muhammad’s child-bride, Aisha, to once quip: “I feel that your Lord hastens in fulfilling your wishes and desires” (Sahih Bukhari 6:60:311).

Alleging That God is the Cause of Evil

Nor was she alone to see the obvious. Of all the impieties attributed to Muhammad in Islamic scriptures — and these are not a few — nothing so underscored his imposture among non-Muslims as much as this Zayd/Zaynab affair. Virtually every Christian polemic against Islam from the seventh century on cites it. For instance, over 1,300 years ago, in his exchange with Caliph Omar II in 718, Eastern Roman Emperor Leo III cited it in the context of how Muhammad always imputed his carnal behavior to God. Wrote Leo:

Nor do I wish to pass over in silence the abominable authorization given you [Muslims] by your legislator [Muhammad] to have with your wives a commerce that he has compared, I am ashamed to say, to the tilling of fields [e.g., Koran 2:223]. As a consequence of this license, a goodly number of you have contracted the habit of multiplying their commerce [sex] with women, as if it were a question of tilling fields. Nor can I forget the chastity of your Prophet and the manner full of artifice whereby he succeeded in seducing the woman Zaynab. Of all these abominations the worst is that of accusing God of being the originator of all these filthy acts, which fact has doubtless been the cause of the introduction among your compatriots of this disgusting law [treating women as “tilling fields”]. Is there indeed a worse blasphemy than that of alleging that God is the cause of all this evil? (Sword and Scimitar, p. 63; emphasis added).

But if Western leaders once called out and condemned inhumane laws that were promulgated to suit Muhammad’s caprice, today they are enforcing them — including Islam’s ban on adoption. As one report from 2018 found, “Canadian officials have been restricting adoptions from various Muslim countries on an ad hoc basis for at least a decade — saying those countries don’t allow adoption and citing Shariah law.”

Here, then, is a reminder of just how far Western civilization has abandoned its rational and humanistic roots in order to appease irrational and inhumane practices. Thanks to entrenched relativism and “multiculturalism,” Judeo-Christian ethics are now deemed no better than — maybe not even as good as — sharia.

Put differently, whereas the Zaynab episode and its fruits — including an irrational ban on traditional adoption — once epitomized all that was wrong with Islam in Western eyes, today it is on its way to epitomizing all that is wrong with the West itself.

As for the child, Shenouda, who was stripped from loving, adoptive parents, converted to Islam, and sent to an Egyptian orphanage — where abuse and neglect are rife — expect zero effort from those who are forever clamoring about, and trying to shame the West into doing more for, “human rights.”

Rewriting the History of 9/11?