Socialism for Seattle May Target ‘Big Business,’ But It Will Hit Ordinary People 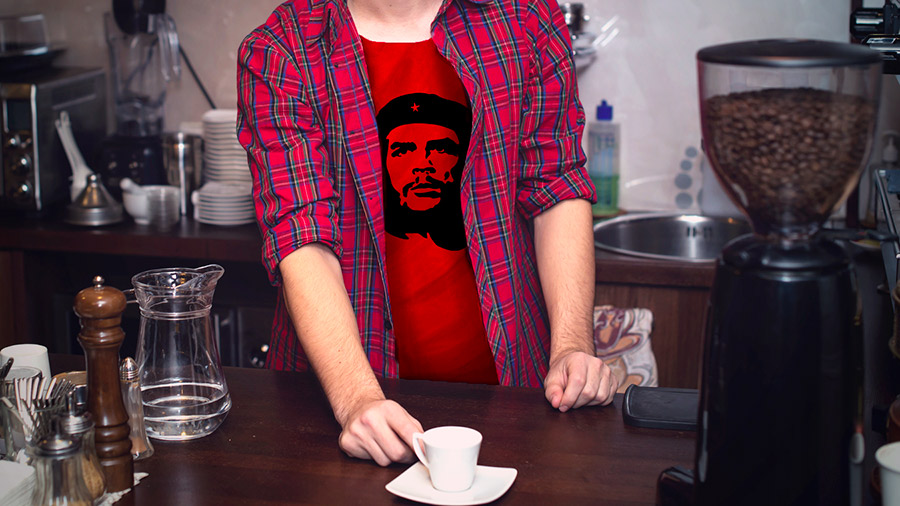 Why in the world should a company, large or small, be taxed because of a city’s problem with homelessness?

This is what the Seattle City Council, about which I have written before, is considering.  And Amazon is having none of it.

According to the Seattle Times, the City Council is “debating a new per-worker ‘head tax’ on large employers to fund homeless services and affordable housing. The tax would raise an estimated $75 million a year.”

Why?  Because Amazon — the city’s largest employer, one that has created enormous wealth for the greater Puget Sound area — is a ripe target for the Council’s “progressive” (read that, far left) agenda.

In less than two decades, Amazon has grown from a start-up online bookseller to the world’s largest online retailer.  “Amazon has more than 300,000 employees worldwide, and 40,000 in Seattle alone,” writes Chris Weller in Business Insider.  “As a portion of (Seattle’s) working-age population — roughly 528,000 — that comes out to 7.5% of the city working at Amazon.”

Prosperity.  Job creation.  Opportunity.  And penalties from people on the city council who believe inequality of income reeks of injustice.

“The company also plans to expand into a second headquarters — HQ2 — equal to that of its Seattle location. That new location will add up to 50,000 new jobs to whatever city it lands in,” according to MyNorthwest.com.  However, HQ2 will be anywhere but Puget Sound, even though the region’s “counties and cities (came) together to offer the company locations for the second headquarters.”

The driving force behind all of this appears to be a Council member named Kshama Sawant.  Sawant claims that “big business” (her term) “is making enormous amounts of wealth on the backs of ordinary people, so it is time they pay back a tiny share of their huge profits.”

Yes, there are a relative handful of really wealthy people whose income has been generated by “big business.”  But making money “on the backs of ordinary people?”  This is socialist agit-prop, vintage 1935.

These “ordinary people” are people of every walk of life whose jobs rely on “big business.”  The uncountable numbers of suppliers and “big business”-dependent jobs.  Dry cleaners. Health care professionals. Employees.  The number is too large to count.

Say that Amazon sells a cotton dress shirt.  Someone grows the cotton.  It is then refined and woven.  Plastic buttons, derived from petroleum, are fashioned.  Fashioned on dyes the someone made in a factory.  A factory constructed of myriad materials, and dyes made of metals someone mined.  And refined. And shipped.

This is all lost on Ms. Sawant, whose epic explanation of free market economics follows: “The reality is that the reason Amazon and corporations like them are making profits is not because they are creating jobs.  It is because, in this system of capitalism, wealth is rewarded with more wealth.”

In this system of capitalism, wealth creates wealth.  Of varying degrees, yes, but wealth no one would experience should we revert to Ms. Sawant’s vision of government coercion, high taxes, and penalizing the fruit of creativity, initiative, and risk-taking investment.

A rather panicked Seattle Mayor Jenny Durkan said of Amazon’s decision to halt construction, “I’m deeply concerned about the impact this decision will have on a large range of jobs – from our building trades, to restaurant workers, to nurses, manufacturing jobs and tech workers.”

Ms. Sawant doesn’t really care.  After all, what’s untold numbers of jobless people, anyway?  The cause must be served.  In her view, nothing Amazon pays really could be enough.  “Amazon is perfectly capable of paying that, double, even four times,” what the proposal would demand, she said.

An interesting fact about Ms. Sawant, a member of the Socialist Alternative party, is that she is from Pune, India and was raised in Mumbai.

I’ve been to Mumbai. It is impoverished in a way Seattle has never approximated.  But working for change in Mumbai was, apparently, too difficult for Ms. Sawant. So, she has descended upon Seattle, her rage and insistence a combination that is costing the “ordinary people” she professes to love new jobs.

Not content with slashing into her adopted city’s economic future, Ms. Sawant has also called for anarchy in the streets – quite literally.  Last year, she wrote that May 1 – “May Day,” socialism’s grand holiday – she called for “workplace actions as well a mass peaceful civil disobedience that shuts down highways, airports, and other key infrastructure.”

This was too much even for Seattle’s other, less hysterical liberals.  Seattle’s then-mayor and the Washington State Patrol reacted in horror to Sawant’s call to upend public safety, commerce, and the whole structure of public life.

Liberal fascism is unconstrained by reality.  It must have its way.  It is a religion, and its priests and priestesses will sacrifice the well-being of anyone who stands in their way.

Ultimately, this must include the homeless.  As tax revenues shrink, there will be more of them.  And people like Ms. Sawant will be in her element.  The more poor, the better.  They are the stuff of revolution, right?

Was the Early Church Socialist?