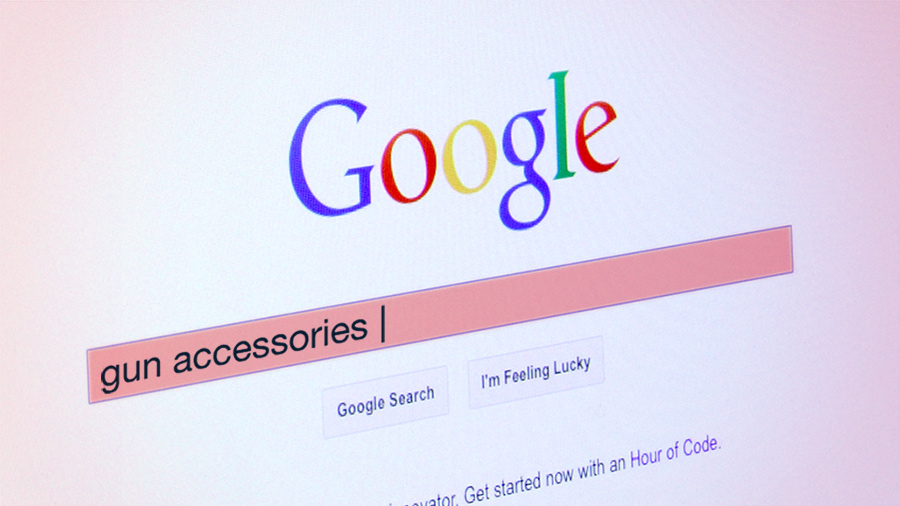 Google is revising its ads policy to prohibit the sale of gun accessories. The company already bans the sale of guns. The new policy goes into effect later this month. It bans “ads for parts which enhance the function of a gun will no longer be allowed.” The list includes:

The ban also includes gun-making instructions, software or equipment for 3D printing of guns or gun-parts. Google Adwords allow sellers to place ads at the top of search results based on the words users type in the search.

Google’s action comes as several large corporations are cracking down on anything related to guns.

This comes as several large corporations are cracking down on anything related to guns. Intuit recently halted gun-related sales through its credit card processing service. This affected the sale of T-shirts, coffee mugs and gun safety classes. The businesses affected had to scramble to get valid payments from customers.

YouTube now bans many gun videos. The site — owned by Google — prohibits instructions on building a gun, accessory, or modifying a gun. Gun videos can’t have links to sites that sell guns or gun accessories.

The bans make it harder for Americans to buy guns, since those large corporations control much of the available online advertising space. Second Amendment Foundation executive director Alan Gottlieb expressed his concerns to Breitbart. “The Google war on guns is a direct attack on gun ownership. Maybe it is time to regulate the internet giants like Google, Facebook, and YouTube and not gun ownership.”