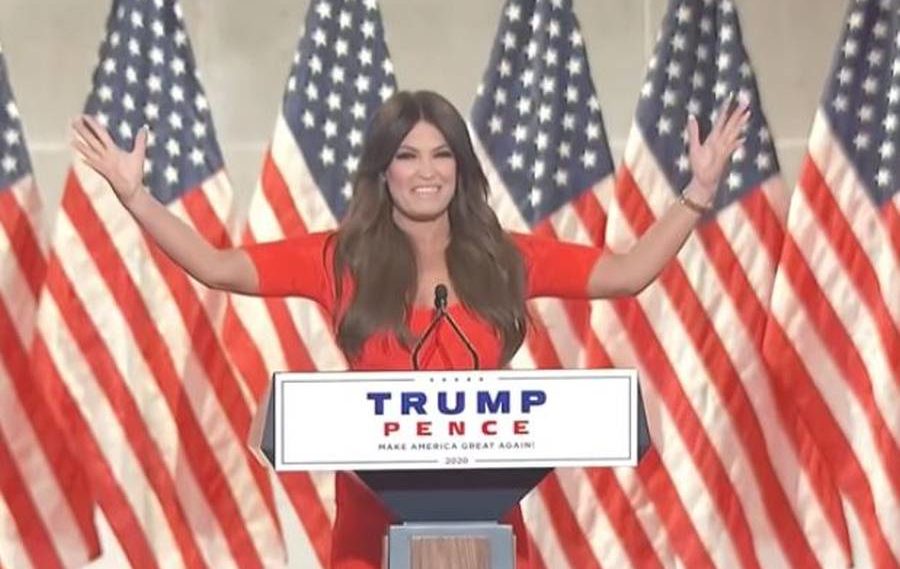 During the Democratic National Convention, some rightwing websites drew attention to the large viewership drop from 2016. This was not entirely surprising, though, since there is not tremendous enthusiasm for candidate Biden (as opposed to great animosity towards Trump). Plus, the virtual convention was not exactly a viewer spectacle. How would things bode for the RNC?

After the first night, the NY Post reported that, “The opening night of the 2020 Republican National Convention blew last week’s Democratic snoozefest out of the water, drawing in six times more viewers on C-SPAN’s livestream.”

This was not such a big surprise, given the greater enthusiasm for Trump and the assumption that, with a reality TV star as its leader, the RNC might make for a more lively viewing experience. Still, drawing in 6 times more viewers on C-SPAN was quite an accomplishment.

But what about the final ratings? How did they compare?

When the RNC was over, I searched online for the relevant data, being greeted by headlines like this, which John Nolte listed on Breitbart:

So, the DNC trumped Trump after all. No doubt about it. The RNC lost the ratings game. The headlines say it all. Well, not quite.

Even as I scanned the headlines, something didn’t seem right. Perhaps these only reflect the Nielsen, TV ratings? Perhaps we’re missing the online, streaming numbers?

According to a senior, Republican campaign official, when all the data was factored in, the RNC drew a total of 147.9 million viewers as compared to the DNC’s 122 million. This prompted Nolte (never one to pull his punches) to write: “Not a single one of those headlines is true or accurate. They are all lies. Bald-faced lies.

“Over those four nights, more than 25 million more people tuned into the Trump’s convention than Biden’s, and will you just look at those media headlines that claim the exact opposite.”

Or, as expressed by President Trump himself (with typical Twitter bombast), “The Fake News doesn’t want to report these numbers. The @latimes and others believed the Crooked Dems before the real numbers came out. Too bad we don’t have honest reporting when it comes to ‘Trump’. Phony sources, they say anything and think they get away with it. November 3rd.”

Now, you might want to question the accuracy of the RNC’s claim of a total viewership of 147.9 million, including online viewers. But what cannot be questioned is that the headlines cited did not even attempt to factor in streaming numbers, which were not yet available.

As Brian Stelter actually stated in his CNN article, “Nielsen’s data sets count traditional TV viewership across America but largely leave out streaming and other digital forms of engagement, so the picture is incomplete.”

Unfortunately, those scanning the headlines would have no such idea. Is this not fake and misleading news, quite intentionally at that?

When you read those words, what picture comes to mind? You would assume this was another example of a fanatical pro-lifer seeking to take the law into his own hands, threatening Planned Parenthood workers with a gun. To the contrary, it was the pro-lifers who were being threatened by a pro-abortionist with a gun.

When I searched for this headline online, it was repeated on news outlet after news outlet, including the Washington Post. Misinformation can now go viral in a split second. (And note that, more than two weeks later, the headline has not been changed at the Post.)

The subsequent AP headline read, “Delaware Man Charged With Pulling Gun on Abortion Opponents.” But the damage had already been done.

How about these headlines after a Trump supporter was murdered in Portland last week? CNN stated, “1 person is dead after a shooting during protests in downtown Portland.”

You can be sure that if it was a Trump supporter who shot a BLM protester, the headlines would have proclaimed something like, “Trump Supporter Shoots and Kills Unarmed, Peaceful BLM Protester.”

But when a member of Antifa shoots and kills a Trump supporter, himself without a gun, that doesn’t play into the prevailing narrative. Time to adjust the headlines!

This is No News to Israel

This is reminiscent of the well-documented practice of major news outlets when reporting on the Israeli-Palestinian conflict. Dueling headlines, sometimes published on the same day, would read: “Israelis Kill Two Palestinians at Border” (meaning, Israeli soldiers shot two Palestinian terrorists). This would be contrasted with: “Three Killed in Conflicts Between Israelis and Palestinians” (in other words, Palestinian terrorists murdered three Israelis).

I don’t doubt that there is fake news on the right as well as on the left, replete with misleading, right-leaning headlines. I have simply noted this phenomenon on the left in recent days with increasing frequency, leading to that ever-relevant warning: caveat lector. Let the reader beware.