McCann, now retired, started all seven games of the 2017 World Series for the Houston Astros. 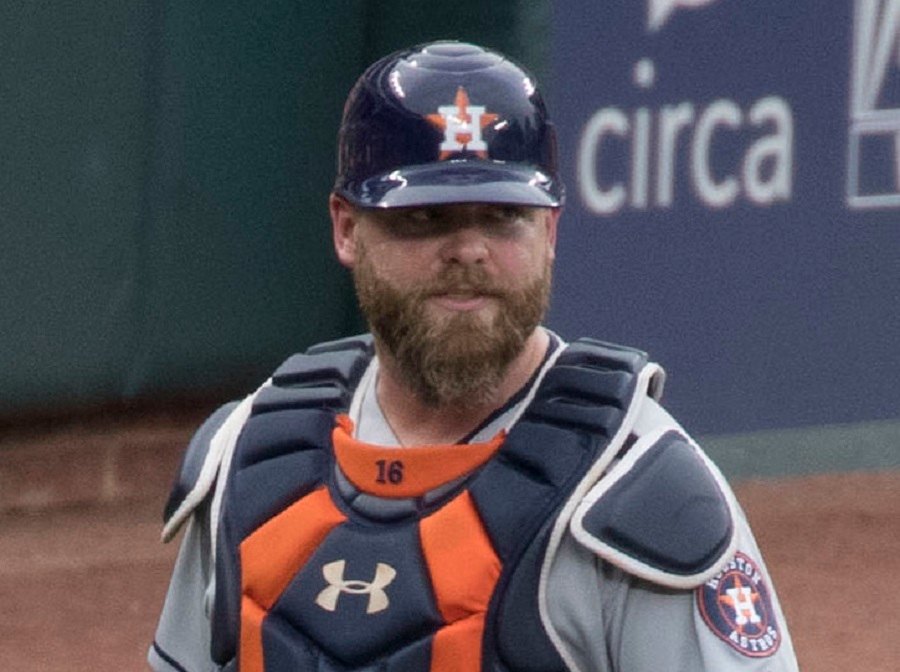 Seven years later, McCann is in the middle of one of Major League Baseball’s all-time biggest scandals. While gambling was at the heart of the infamous “Black Sox” and Pete Rose debacles, the current mess involves the Houston Astros allegedly cheating to win the 2017 World Series.

McCann, now retired, was not only a huge part of that Houston team, but started all seven games of that Astros-Dodgers fall classic. Yet even after MLB issued a report that led to the firings of three managers, McCann has remained silent.

I lived in Atlanta back in 2013. I vividly remember McCann seizing the role of baseball’s “enforcer of professionalism,” as Moore put it.

“Mostly, McCann resembles [Hall of Fame catcher Carlton] Fisk in his quest to have as many of his peers as possible (OK, all of them) respect a game that has been around professionally since the end of the Civil War,” Moore wrote. “The key word here is ‘professionally.'”

During that 2013 season, McCann was involved in a string of high-profile confrontations with players who allegedly didn’t “respect the game,” at least as McCann saw it. Carlos Gómez, Bryce Harper and the late José Fernández were three of the players in McCann’s path, which was literally blocked by the angry Atlanta Braves catcher in Gómez’s case.

Four years later, McCann was widely lauded as the heart and soul of the 2017 Astros during and after their championship run.

“He is such a pro and so influential,” Astros manager A.J. Hinch said of McCann, as quoted by the Houston Chronicle.

Jobs Lost in the Scandal

Hinch has since been blamed, suspended and ultimately fired for his alleged supervision of Houston’s cheating. Then-Astros bench coach Alex Cora, who went on to manage the 2018 World Series-winning Boston Red Sox, lost his job as well. One of McCann’s Houston teammates, Carlos Beltrán, was also let go as manager of the New York Mets.

McCann is not commenting on the matter. Not surprising. Especially since I haven't seen one quote attributed to any player on that team so far, other than Fiers. And McCann would be about the last to comment on such a matter concerning a former team. https://t.co/PDrVLUWc1o

As news of the scandal punishments broke, Athletic writer David O’Brien, who covers the Braves, tweeted that “McCann is not commenting on the matter.”

“And McCann would be about the last to comment on such a matter concerning a former team,” O’Brien added.

What? McCann screamed at players when he thought baseball’s unwritten rules were being violated. He even blocked one from crossing home plate. Now, in the wake of the only championship team he ever played on being accused of breaking the actual rules, McCann is out playing golf?

Can someone covering this event ask Brian McCann about the #Astros cheating scandal since he started all 7 games of the 2017 World Series? The silence from the supposed enforcer of baseball's written & unwritten rules is deafening https://t.co/V8YBoY1hAY

Unlike some journalists, I try to disclose my biases up front. I never liked McCann as a player and – as an avid Washington Nationals fan – can’t stand the Braves, who plan to honor their longtime catcher with an upcoming bobblehead night. McCann was held up as an Atlanta sports hero when I lived there, with his “respect the game” philosophy praised by many local announcers, sportswriters and fans.

Well, guess what? If you fashion yourself as the sheriff of your sport, you are therefore obligated to face the fire when your team is accused of cheating. The fact that the retired catcher is no longer under the umbrella of MLB policies or its players union makes his silence all the more hypocritical and downright inexcusable.

This scandal isn’t all about McCann, of course. It’s about fans – especially kids – being able to watch America’s pastime with the confidence that no one is cheating. As we saw during the steroid saga, nothing does more damage to a sport than allegations of fraudulent on-field competition.

McCann Needs to Summon Up His Courage

“I don’t think that’s a part of the game of baseball,” McCann said of Gómez’s home run trot in Moore’s 2013 article.

Neither is allegedly cheating to win World Series games, Brian. Until you answer tough questions about what you saw, heard and possibly participated in as a member of the Houston Astros, you should stay on the golf course and away from baseball diamonds.

Unless McCann summons the courage to speak up with the same integrity he once demanded of opposing players, I agree.