Michael Avenatti Tried to Extort Me to Lie About Brett Kavanaugh — Was He Also Working With Christine Blasey Ford? 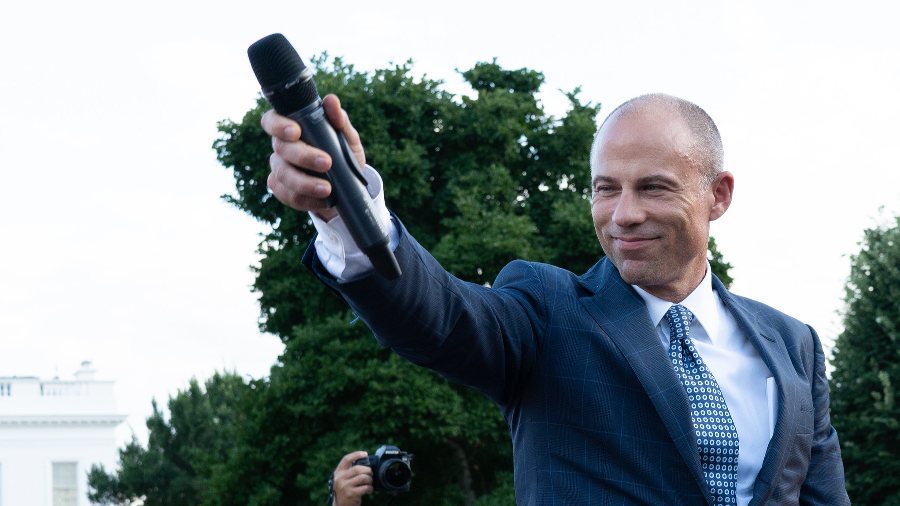 As I note in my new book The Devil’s Triangle, Avenatti tried to extort me into lying about my friend Brett Kavanaugh. It came in the form of a creepy phone call on September 24, 2018 — my birthday. “You like f-ing with people?” the message left on my iPhone said. “I like f-ing with people too.” The voice told me I better call him back.

At the time Brett was a nominee for the Supreme Court. The Stasi Left was throwing everything at the wall to stop it — lies, honey traps, extortion. They used my past life and past writings to try to destroy my friend.

The only remaining question I have is whether Avenatti was working directly with Christine Blasey Ford, the woman who falsely accused Brett of sexual misconduct when we were all teenagers. In my view the answer appears an obvious yes.

Let’s start where the sleazy Avenatti learned the “dark art” of opposition research. The father of oppo research is Averell “Ace” Smith, the son of former San Francisco District Attorney Arlo Smith, who grew up in San Francisco. At age 13, in 1972, he campaigned for George McGovern. In the 1980s Smith served as political director of the Democratic Congressional Campaign Committee, working with bare-knuckled political brawler Rahm Emanuel. Smith started doing oppo in 1988, digging through newspaper morgues, financial records, libraries, any place that would yield the ricin that could sink a political opponent.

If all of these lowlifes weren’t working together, then I’m Prince Harry.

He has worked with Richard Daley, Ann Richards, Barbara Boxer, Howard Dean, Dianne Feinstein, the Clintons, and Kamala Harris. Chris Lehane, a former Al Gore and John Kerry staffer, told The New Republic “Ace is like Bobby DeNiro in The Untouchables — he always brings a gun to a knife fight.” The San Francisco Gate said Smith “has honed a reputation as a take-no-prisoners opposition researcher, one so skilled at digging up dirt that he’s earned the nickname ‘Dr. Death.’”

One person who worked with Smith was Michael Avenatti.

Blasey Ford Was Crafting Her Own Story

Ford was working with her own oppo researcher. During the entire summer of 2018 Ford was gathering opposition research on me. She was using an opposition researcher named Keith Koegler. According to the book The Education of Brett Kavanaugh, Koegler is “a tech industry lawyer … a voracious reader and a technical thinker. In his second-floor home office, he’d spent many hours that summer [2018] poring over news coverage of the nomination process, biographical information about Kavanaugh, and writings and videos produced by Mark Judge. In combing through YouTube, articles, and social networks, Koegler had learned more about the house parties … and the lexicon of 1980s Georgetown Prep than he had ever thought he would care to know.”

While Koegler was digging up dirt, Blasey Ford was courting the media. In their book She Said: Breaking the Sexual Harassment Story That Helped Ignite a Movement, Jodi Kantor and Megan Twohey chart Ford’s movements in the summer of 2018. Ford aggressively courted politicians and the media with her story. On July 10, frustrated that no one was buying it, she issued an ultimatum to Brown — call me back or I will go to senators and The New York Times. “By late morning,” Kantor and Twohey write, “she was on the phone with Emma Brown, a Post reporter eager to hear her out.”

On September 22, six days after Christine Blasey Ford made her accusation public about Brett, Avenatti sent out a tweet: “All indications are that Dr. Ford is not alone. Buckle up — that includes you Mark Judge. #Basta.” He then followed up a few minutes later with this: “And to those that have criticized our media strategy: this will be yet another example of why we used it — because it works!”

With this coming just days after the Blasey Ford story, it’s impossible not to at least speculate that there was collusion between Blasey Ford, Avenatti, the media, the oppo researchers and the DNC.

On September 24 Avenatti gave a press conference, but the emphasis was not on Brett — it was on me. Avenatti said my name 13 times in two minutes, ranting that there needed to be a “detailed” FBI investigation into the behavior of Brett and me in high school, and promising to produce a new witness.

The anonymous accuser Avenatti represented turned out to be a woman who claimed she had attended no fewer than 10 bacchanalian “house parties” in the Maryland suburbs, where Brett and I had participated in or been witness to (her story kept changing) the drugging and gang rape of herself and several other girls.

The charge was so bizarre and over-the-top it was almost comedic. I wasn’t even upset about it. I knew the accusation was false. I mean, think about it. We were a tight-knit group of Catholic school kids in the Washington suburbs. When there was a fistfight or a quarrel between lovers at a party, it was immediately all over our network of friends and family. The idea that there had been a series of drug-fueled gang rapes, and that no one in the Catholic prep school world said anything about it, including the victims, their friends, their teachers, or their parents, was simply unbelievable.

Her story quickly fell apart. At the same time, Ford’s handlers also suppressed her social media and high school past, including her yearbook from her high school, Holton-Arms. This was unfortunate, as it played into what the left usually considers archaic and infantilizing stereotypes about women. Liberals seemed to champion the idea that women are helpless victims who have no agency and are unable to talk back to the boys.

So Christine Blasey Ford was working with an opposition researcher in the summer of 2018. She was demanding media attention. Six days after her story book in The Washington Post, Avenatti was calling me out on Twitter. Just a couple days after that I got the call that I am sure came from him, trying to extort me.

If all of these lowlifes weren’t working together, then I’m Prince Harry.