The Message Shouting to Us From the Kavanaugh Hearings 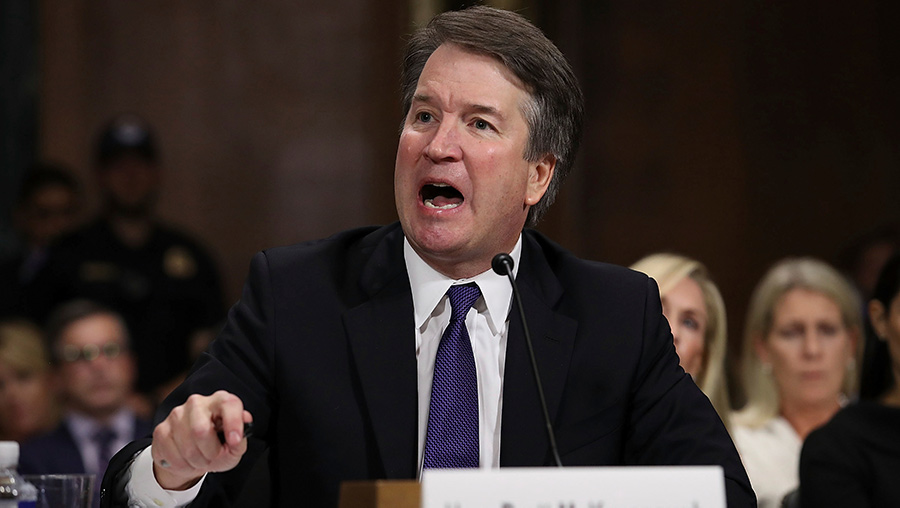 I do not know whether Christine Blasey Ford or Brett Kavanaugh is telling the truth. But I do know this: Brett Kavanaugh’s impassioned speech, fighting for his life and his family and his reputation and his career, is a wake-up call to us all, especially if we are Christian conservatives. It is high time that we stand up and fight.

Last week, on the evening of September 19, I start mulling over the phrase, “Hell hath no fury like a woman scorned,” applying it to the radical pro-abortion movement. That prompted me to write the article, “Prepare for the Wrath of the Pro-Abortion Militants.” The article, which was published the next day, ended with this line: “hell hath no fury like that of the militant pro-abortionists.”

Some of my articles are published on a number of different websites, but the morning of September 20, I went to The Stream to see if it had been posted there yet. It was not yet posted, but already, there was a similar, even stronger, article written by Jennifer Hartline, titled, “It’s Not Kavanaugh. It’s Roe.” And Jennifer ended her article with this line: “Hell hath no fury like ‘women’s rights’ scorned.”

How amazing! Two articles published on the same website the same day, written without any collusion or interaction, focused on the same theme, and ending with the identical thought, in part verbatim. Could it be that God is trying to get our attention?

Fighting for His Life

Then consider what he and his family have gone through since then — who could have imagined this? — and you realize why he was like a tiger in this final Senate hearing. He was literally fighting for his life.

It’s the same for God’s people today. Anything less than passion and clarity and force and dedication and determination and fervor is unacceptable and illogical.

To remain silent today is inexcusable.

Again, I don’t know who is telling the truth in this case. I found both Prof. Ford and Judge Kavanaugh persuasive. And I only want the best for the Ford family and the Kavanaugh family. May the Lord sort out the details and bring a positive resolution, whether that means repentance and confession or whether that means healing and restoration.

Put another way, what we saw in the Kavanaugh hearings is the tip of the iceberg in the battle for conservative moral values. And those who most vehemently oppose us don’t care about fighting fair. Or pursuing justice. Or following the truth.

Get involved in the culture as if it hung precariously in the balance.

If they can destroy you with lies, so be it. Whatever it takes to advance the cause.

And make no mistake about it. As Brett Kavanaugh just learned, this vicious attack will hit your children (and grandchildren) directly. And if we fail to speak and act and stand, we fail to protect those we love the most.

To repeat: To remain silent today is inexcusable.

So, pray as if we served a God who answers prayer. And preach as if people’s lives depended on our message. And get involved in the culture as if it hung precariously in the balance. And vote in the midterms as if nation’s direction were at stake. And, using the godly, non-violent, love-empowered weapons we have in Jesus, stand and fight, fight, fight.