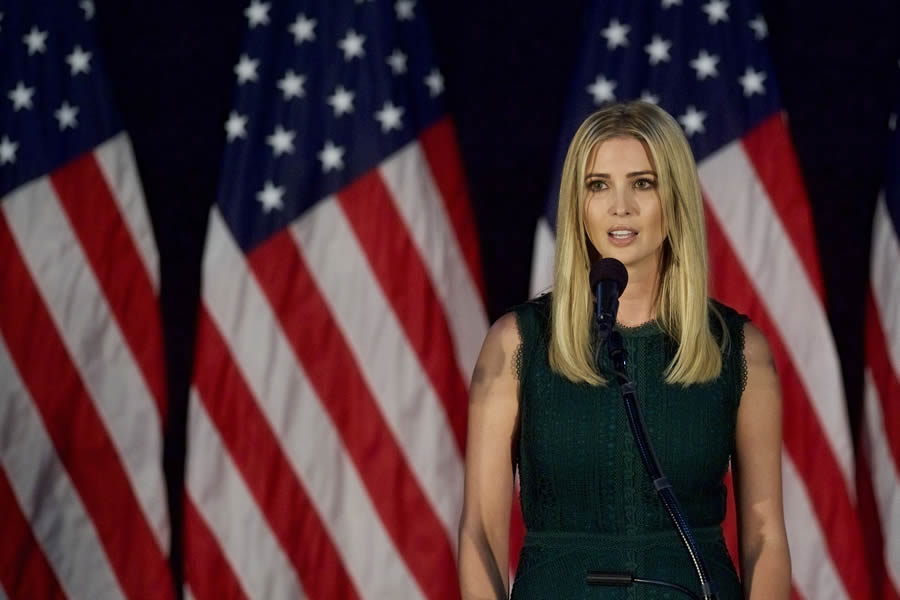 Ivanka Trump has been one of the most proactive White House children ever, yet you wouldn’t know it from the media. She has poured her efforts into helping some of the world’s poorest women. She is making inroads in the areas of women’s economic empowerment, workforce development, and the fight against human trafficking.

But turn on CNN or search the mainstream media on Google News and you will find little coverage of her work. They’re too busy running negative things about her father.

She became a full-time adviser to her father in March 2017. She does not receive a paycheck. Her work is all volunteer. Does she get credit for working so hard for free? No. Of course not. “But Trump!” is what the major media say.

She recently traveled to Africa to advance the White House’s Women’s Global Development and Prosperity Initiative. She had to explain what WGDP does in her own op-ed on CNN.

What does WGDP do? Things the liberal media should love. The kind of things they would promote were they done by, oh, Chelsea Clinton. It seeks to reach 50 million women in the developing world by 2025. WGDP will empower women in developing countries through education and entrepreneurship. WGDP eliminates legal, regulatory and cultural barriers to women’s economic participation. It supports women in the workplace and helps them succeed as entrepreneurs. WGDP advances legal reforms to achieve gender equality. Money for the effort will come through USAID.

WGDPI includes a new landmark program called 2X Africa. It will directly invest $350 million to move over $1 billion in capital. The money will go to help women-owned, women-directed and women-supporting projects in sub-Saharan Africa.

In Cote d’Ivoire, Trump met with women who work on cocoa cooperative farms. It is backbreaking work. But the women own only 25% of the farms and nearly three in four of them are shut out from regular credit markets. This makes it difficult to secure financing. So she is providing $2 million from the U.S. to create over 300 new savings associations. This will give the women access to financing and training.

Ivanka Trump could be a party girl like hotel heiress Paris Hilton. Instead she’s chosen to work for noble causes. And not only is her work mostly ignored, but attacked.

She “helped roll out a more than $1 billion initiative with the World Bank aimed at promoting women’s entrepreneurship in developing countries.” The Women Entrepreneurs Finance Initiative will promote women-owned businesses in developing countries. It aims to help women achieve financial independence. It also seeks to help them start businesses. Trump helped recruit 14 countries to give $350 million to We-Fi. It has been nicknamed the “Ivanka Fund.” While in Cote d’Ivoire, Trump helped launch the Women Entrepreneurs Finance Initiative’s West Africa Regional Summit.

In Ethiopia, Trump toured businesses run by women. “Investing in women is smart development policy and it’s smart business,” she said while there. “It’s also in our security interest, because women, when we’re empowered, foster peace and stability.”

Women represent just 15% of landholders in sub-Saharan Africa. This is because of laws and customs that restrict women’s ability to own or inherit land. In some areas, they are even prevented from open bank accounts.

Here at home, she helped get the Women’s Entrepreneurship and Economic Empowerment Act passed earlier this year. It is an effort to promote gender equality in developing countries.

Ivanka Trump could be a party girl like hotel heiress Paris Hilton. But instead she’s chosen to work for noble causes. Not only is her work mostly ignored, but attacked. That’s what Kentucky Governor Matt Bevin, who has worked closely with Ivanka on workforce development, told The Atlantic. “Ivanka could literally save an elderly woman from getting hit by a train and the people would blame her for disrupting the travel time.”

Remember former First Lady Michelle Obama’s jaunt to Africa? That was more like a lavish vacation. The press covered it nonstop. Everyone remembers it. She brought her children with her, and the trip ended with a private family safari at a South African game reserve. She could have made real inroads into poverty in Africa. But instead she chose more of a glamorous lifestyle as First Lady. The only real initiative anyone remembers her doing, despite all the fawning press, was ruining school lunches.

Whatever people think of the president, they should praise his daughter’s good work. But the media almost ignores it. When they do cover it, their coverage almost always includes a list of negatives about Trump and women.

Why does the mainstream media ignore the younger Trump’s good works? The only explanation is that it runs counter to their story about her father. For the MSM, nothing good can come from the name Trump.