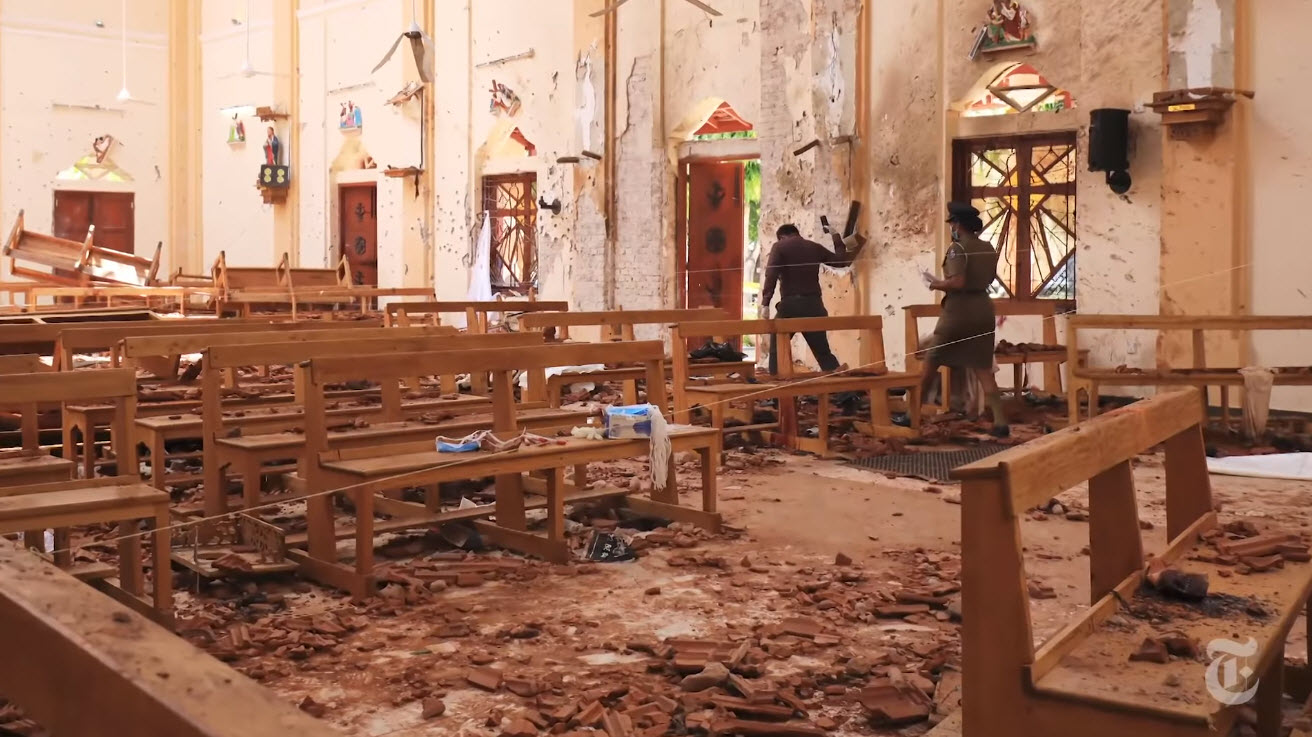 Both Hillary Clinton and Barack Obama used the term “Easter worshippers” in their tweets about the Sri Lankan church bombings. Others did as well. It was if they went out of their way to come up with another term for Christians to avoid admitting that Christians had been attacked.

Adding insult to injury, The Washington Post ran with the headline “Sri Lanka church bombings stoke far-right anger in the West.” Tucker Carlson observed: “As if you have to be some kind of Nazi to be upset about church bombings.”

“I do wonder whether on some unconscious level the secular and broadly progressive west thinks that Christianity had it coming” wrote Giles Fraser. The British minister and social commentator observed that progressives “associate Christianity with popes and their armies, with crusades and inquisitions, with antisemitism, British imperialism, Trump supporters and abortion protesters.”

But what’s there to be upset about? “Only” 11 Christians are killed for their faith around the world — every day.

Persecution Around the World

Will Maule at Faithwire compiled a few examples of Christian persecutions so far in 2019. Most people are unaware of them because the media coverage was so sparse. For example: In Nigeria two weeks ago, “16 Christians were slaughtered after attending a baby dedication service. Tragically, the mother of the child was one of those killed. Authorities expect the Islamic Fulani herdsmen were behind the attack.”

And in Pakistan in February: “A young Christian student, Haroon, was viciously stabbed by his classmates. He suffered grave internal injuries. ‘The attack was so terrible that Haroon’s kidney was cut into two pieces,’ said a local Christian activist.”

Had you heard either story? Seen them covered in any major liberal news source? Neither did I.

Open Doors USA tracks Christian persecution around the world. If you get your news from the mainstream media, you might not realize how frequent violence against Christian is. Christians are the most persecuted demographic in the world. Every month, on average, 345 Christians are killed for faith-related reasons. Another 105 churches and Christian buildings are burned or attacked. And 219 Christians are detained without trial, arrested, sentenced and imprisoned.

Open Doors USA found that there has been a 14% rise in the numbers of Christians in the top 50 countries on the World Watch List who experience high levels of persecution. A shocking 4,136 Christians were killed for faith related reasons during the 2019 reporting period. Another 2,625 were detained without trial, arrested, sentenced and imprisoned.

Intercept columnist Mehdi Hasan admitted the persecution is downplayed. “I am a Muslim, and I consider myself to be on the left, but I’m embarrassed to have to admit that in both Muslim and left circles, the issue of Christian persecution has been downplayed and even ignored for far too long,” he wrote.

“The threat posed to Christians goes far beyond terrorist or militant groups,” he noted. “In many Muslim-majority countries, both the governments and religious establishments have much to answer for.” He gave examples from Iran, Saudi Arabia, Indonesia and Pakistan.

He gave two examples from Pakistan. Asia Bibi “was sentenced to death for blasphemy and spent almost a decade behind bars before being acquitted in 2018.” And “Rimsha Masih, the 11-year-old Pakistani Christian girl with Down syndrome who was also accused of blasphemy and, despite being acquitted, was then forced to flee the country.”

Why does the Muslim Mehdi Hasan writing on a liberal site know something Obama and Clinton, both Christians, apparently don’t?