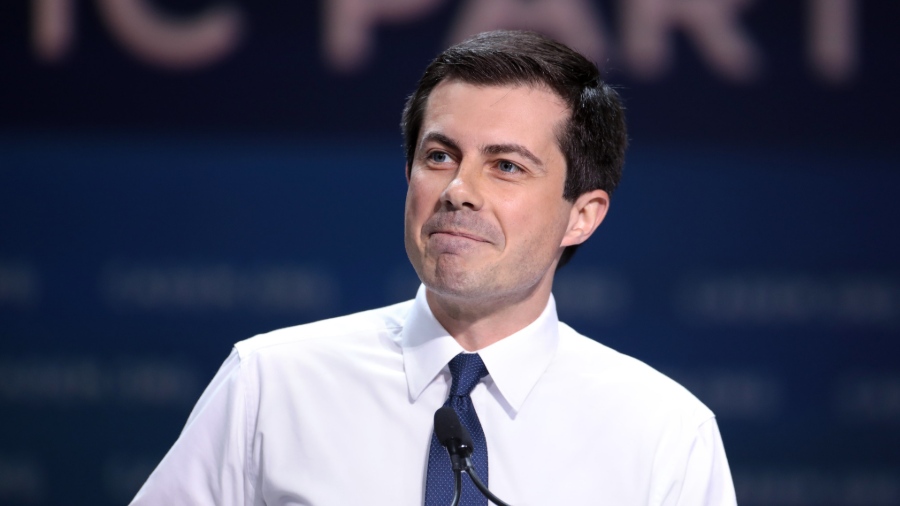 It would be one thing if Mayor Pete Buttigieg was a non-religious man, taking swipes at the Bible as an out and proud, secular gay man. It’s another thing when he claims to be a follower of Jesus. The hypocrisy, let alone the butchering of the Bible, is all the more glaring.

In a recent interview with Rolling Stone the Democratic presidential candidate on the rise was asked, “What do you think about this idea that Trump has been a stumbling block to people who might potentially be interested in Christianity? They see the way that most the vocal members of the Christian faith have aligned themselves with Trump and the hypocrisy there, and it turns them away from religion?”

He responded, “I think it does run the risk of generationally harming the credibility of Christianity in our country, because if people who are avowedly Christian can get themselves into bed with a president like this, it raises the question of what ethical content at all Christianity even has.”

He Wants to Talk Hypocrisy?!

On the one hand, I understand Buttigieg’s concerns.

When evangelical Christians present President Trump as some kind of savior figure, or when they feel the need to defend his every word and action, they discredit themselves and they discredit their faith. I have warned about this on numerous occasions as an evangelical supporter of Trump. (Most recently, see here.)

Yet Buttigieg has absolutely no right to respond to a question about perceived Christian hypocrisy when he is a living example of Christian hypocrisy. He professes to be a committed Christian, yet he practices what the Torah calls “detestable” and the New Testament calls “contrary to nature.” Worse still, he celebrates this publicly.

And how can he possibly discuss “the question of what ethical content at all Christianity even has,” when he overthrows Christian ethics based on his sexual desires and romantic attractions?

That is Buttigieg’s most fundamental error. He thinks he knows better than the Lord.

In the interview, he also points to the Christian emphasis on “the stranger and weakest among us and the poor and so on.”

Yet he won’t even condemn late-term abortions. So much for caring about the “weakest among us.”

Buttigieg was also asked to respond to the charge “that progressive Christians get of being cafeteria Christians, of picking and choosing the issues.”

He replied, “I think for a lot of us — certainly for me — any encounter with Scripture includes some process of sorting out what connects you with the God versus what simply tells you about the morals of the times when it was written, right? For example, the proposition that you should execute your sister by stoning if she commits adultery. I don’t believe that that was right once upon a time, and then the New Testament came and it was gone. I believe it was always wrong, but it was considered right once, and that found its way into Scripture.”

Every verse must also be evaluated in light of the totality of Scripture. This means that, for a Christian, you don’t stop reading at the end of the Old Testament. You keep reading right into the New Testament.

So, we read the Bible contextually and holistically.

But that is a far cry from claiming that a law given verbatim by God — that is what the Torah claims — “was always wrong.”

That is to sit in judgment of Scripture. That is to play God. And that is Buttigieg’s most fundamental error. He thinks he knows better than the Lord.

It is also true that some laws, like the divorce laws, were given because of human weakness and did not reflect God’s ideal of the lifelong union of a man and a woman (see the explanation of Jesus in Matthew 19:1-8).

But it is another thing entirely to state that a law given by God to thwart the spread of sexual immorality in Israel “was always wrong.” God forbid!

God’s Laws Against Idolatry and Immorality Come Out of Compassion

And that’s why it was not just adulterers who would be put to death. Instead, in law after law, the Lord warned against the dangers of idolatry, making clear that idol worshipers would be punished by death. That included your very own sister or brother or father or mother or son or daughter.

As harsh as this seems, it is no harsher than amputating a leg to save a body. The laws against idolatry and immorality were driven by compassion for the higher good. They were driven by a desire to save hundreds of millions. And under the Sinai Covenant, which prepared the way for the coming of the Messiah, they were right. Quite right. In contrast, Pete Buttigieg is quite wrong.

As for Jesus, when He came into the world, He was quick to forgive all manner of sins, including adultery. And He died to pay for our sins. But He warned that unrepentant adultery would be punished by the fires of hell, something far worse than the death penalty.

May the Mayor of South Bend experience a personal awakening. And may he learn to bow to the morality and wisdom of the Word rather than twisting it to fit his own experience.