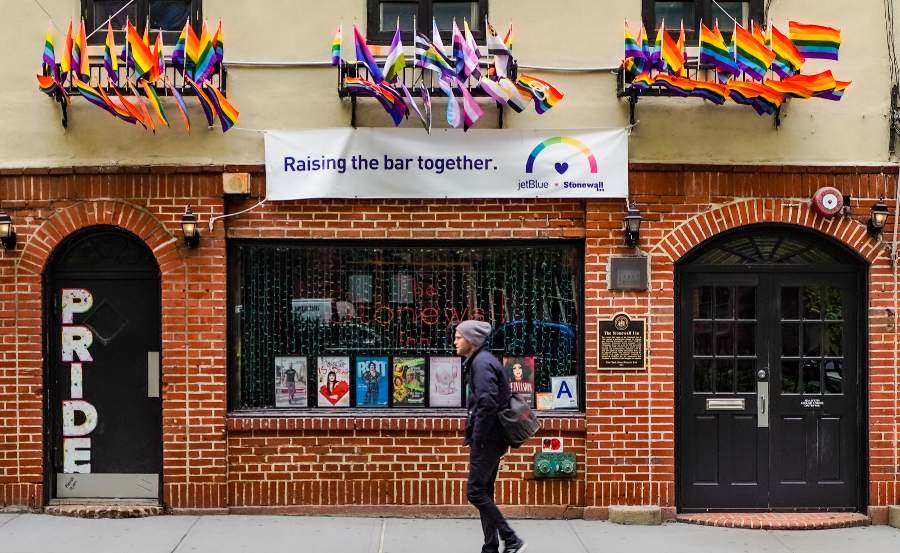 When I first became burdened to push back against gay activism in 2004, I immediately began to read the stories of gay activists, gay pastors, and others. That’s because I wanted to have a heart for the people as opposed to simply standing up to the activism. And the more I read the stories of the people involved and the more I sat and talked with them face to face, the more my heart broke.

You see, it’s one thing to look at the ugly and perverse extremes often put on exhibit at major gay pride parades (especially in years past). Or to confront a propagandistic and dangerous curriculum in your child’s elementary school.

It’s another thing to sit and talk with someone who tells you that they always felt different, even at the age of 5. That, when they entered puberty, they prayed and prayed for their gay feelings to go away, but they didn’t. That they tried exorcism and shock treatment to get rid of their homosexuality and that, when nothing worked, they contemplated suicide.

It was only then that they concluded that this is how God made them, and that’s why they now serve Him as gay Christians.

Of course, I do not believe that anyone is born gay, let alone that God made them gay. Nor do I believe that one can truly follow Jesus and practice homosexuality at the same time.

But that doesn’t mean I was not deeply moved by these stories, sometimes to the point of tears.

I’ve also interacted with lesbian moms who seem as committed to their children as any heterosexual mother I know. And I’ve heard them explain why they live clean lives and seek to raise their children with good morals.

Of course, I grieve for these children, since they are being deprived of having their father(s) in their lives.

But I say this to emphasize that not every gay person is consciously thumbing their nose at God and morality. For me, that is all the more reason to pray for them with a broken heart rather than to put on some kind of twisted, self-righteous display by calling them the worst of names and leveling every imaginable insult against them.

The Pain Behind the Stonewall Riots

All this was underscored to me earlier this week when I watched a one-hour, gay pride special on MSNBC on the Stonewall riots in 1969.

The event itself was utterly lawless, and there was nothing to commend it in the least. It was ugly, it was violent, and it was full of rebellion. At the same time, the stories behind the riots were moving, as older gays and lesbians described what their life was like prior to 1969.

They had to conduct their relationships in complete secrecy. They could lose their jobs and be blacklisted within their profession if they were found out. Lesbians had to be sure they had at least three female clothing items on when they left the house. It was illegal for a same-sex couple even to dance together in a bar.

For them, Stonewall was the ability to breathe, to say, “This is who we are,” to live their lives like other people. For them, the attacks on the police that night represented “the lancing of the festering wound of anger at this kind of unfair harassment and prejudice” (as expressed by gay Stonewall patron Morty Manford with specific reference to police raids in the past).

Yet, as much as my heart goes out to those who feel that same-sex attraction is as natural for them as heterosexual attraction is for me, I cannot for a second affirm the broader goals of the LGBTQ+ agenda.

The first reason is biblical.

Despite the claims of gay theologians and their allies, the Bible has not changed, nor has God’s design for marriage and family. For my book on the subject, see here. For a 6-minute, animated video, see here.

Homosexual relationships are neither blessed nor ordained by God, and marriage, as the Lord intended from the beginning, is for one man and one woman, despite the Supreme Court’s ruling in 2015.

So, if God is against something, I cannot be for it. He really does know what is best for His creation. (In my book, I address the allegation that the Bible was wrong on slavery, segregation, and the oppression of women and is just as wrong on homosexuality.)

Deviating From the God-Ordained Norm Leads Society Into Cultural Descent

The second reason is social.

In a word, just look at the trajectory, starting with G (gay), then GL (gay, lesbian), then GLB (gay, lesbian, bisexual), and now LGBTQIPA+.

This is the inevitable trajectory once you deviate from the God-ordained norm.

One day it was, “You need to understand the bullying we endured as kids.” The next day, it’s drag queens shaking their hips for toddlers and straight kids being told to keep their views to themselves in middle school.

One day it was, “Don’t shame a boy who is not a macho jock.” The next day it was, “A 15-year-old boy will be sharing the bathroom and locker room with your daughter and competing against her in sports.”

Having Faith and Loving Our Neighbor

That’s why I will stand against the bullying and mistreatment of those who identify as LGBTQ, I will call for their equal treatment under the law, and on an interpersonal level, I will show love and grace and kindness. Anything less than that would be a denial of my faith and a rejection of love for my neighbor.

At the same time, I will stand against LGBTQ activism and theology. Anything less than that would be denial of my faith and a rejection of love for my neighbor.