Looking at the Vaccine Controversy Objectively 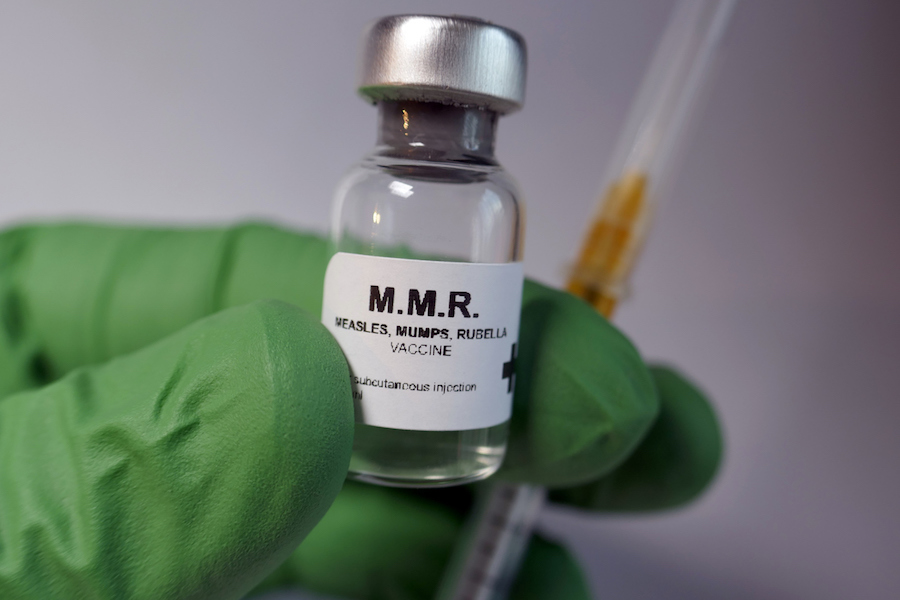 News headlines are full of articles about parents refusing vaccines for their children. Now some of those children are infecting others with measles and other contagious diseases. We’re in the middle of the worst measles outbreak in 25 years.

But do these parents have valid concerns that vaccines could cause harmful side effects? The U.S. Centers for Disease Control and Prevention states that allergic reactions and other serious side effects of vaccines are “very rare.” Vaccines prevent hundreds of thousands of cases of deadly disease. But it’s true that it may come at the expense of a smaller number of side effects. The controversy arises over determining the degree and type of side effects caused by the vaccines.

The debate has become vicious, with many who oppose vaccines even targeting medical personnel. Doctors find themselves buried with horrible reviews online by anti-vaccine activists.

Impossible to Prove a Negative

Resolving the issue is difficult, in part, because it’s impossible to prove a negative. Cody Meissner is the chair of pediatric infectious disease at Tufts University School of Medicine. He told The Atlantic that when a health problem appears after a child has received a vaccine, it’s easy to assume the vaccine caused the health problem, and impossible to prove it didn’t. So doubt’s left in people’s minds.

I recently met a young woman who has become an activist educating people about myasthenia gravis, an autoimmune disease she has. I asked her if she has any idea why she acquired the disease. She said she believes it was due to some vaccines she got when she was 18 in order to go study abroad.

One condition often blamed on vaccines is autism. A 1998 study in the prestigious British journal The Lancet linked the measles, mumps and rubella vaccine with autism. Investigations concluded the research was fraudulent 12 years later, and the lead author was stripped of his medical license. A legal review called the Omnibus Autism Proceeding found no causal relationship between the two. But partially as a result of the Lancet article, more than 5,000 cases were filed by 2010 claiming a link between vaccines and autism.

Charles Nelson, a professor of pediatrics at Harvard Medical School and a neuroscientist at Boston Children’s Hospital, said progress is being made researching autism. Doctors are seeing signs of autism at three to six months of age, well before babies are vaccinated with the MMR vaccine at one year old.

Doctors are seeing signs of autism at three to six months of age, well before babies are vaccinated with the MMR vaccine at one year old.

Over 90% of kindergartners in the U.S. are vaccinated for most types of immunizations. Some states have laws that allow exemptions. But if parents decide not to give their child the MMR vaccine, they risk not only infecting their child and their peers but also babies under 12 months and people with cancer or weakened immune systems.

Measles is a Deadly Disease

In 2017, approximately 110,000 people around the world died from the measles, mostly children under five. This is primarily because they were located in Third World countries and did not receive the vaccine. Immunizations prevent some 2 million to 3 million deaths a year.

Larry Cook, a prominent anti-vaxxer, runs the Facebook group Stop Mandatory Vaccination. Facebook has taken down some of his ads because they reportedly contained misinformation about vaccines. A Facebook spokesperson told The Daily Beast that “these ads contained verifiable hoaxes identified by leading global health organizations like the World Health Organization and the US Centers for Disease Control and Prevention.” Some of the ads linked to stories of children who died within hours after receiving vaccines.

Prominent people in the anti-vaccine movement include Robert F. Kennedy Jr. and Alex Jones of Infowars. Actress Jenny McCarthy has become an anti-vaccine activist due to her son’s diagnosis with autism after he was vaccinated.

The governor of Kentucky said he exposed all of his nine children to chicken pox rather that have them vaccinated. But this is risky since there can be severe side effects. President Trump was a vaccine skeptic before becoming president, but has since changed his mind. Trump now encourages people to vaccinate their children.

Parents who refuse vaccines are more likely to be college-educated and earn an above average income.

Parents who refuse vaccines are more likely to be college-educated and earn an above average income. As many as 20 to 25% of American parents don’t want their children vaccinated.

There is an emotional appeal to the anti-vaccine movement. Paul Offit is an infectious disease physician at Children’s Hospital of Philadelphia. He says it’s easier to understand someone who says children are injured or develop autism because of vaccines than it is to understand the science of why 26 shots are needed in the first few years of life to prevent 14 diseases few have ever seen.

The vast majority of the medical community supports vaccines. According to Sean O’Leary, a Colorado-based doctor specializing in pediatric infectious disease, “There is no debate in the scientific community about whether or not the benefits of vaccines outweigh the risks.”

While it appears that the evidence weighs in favor of vaccines, it is best to be fully informed about the controversy before deciding either way. This is a contentious issue that does not appear to be going away anytime soon.

Depression, Anxiety and the Love of Christ