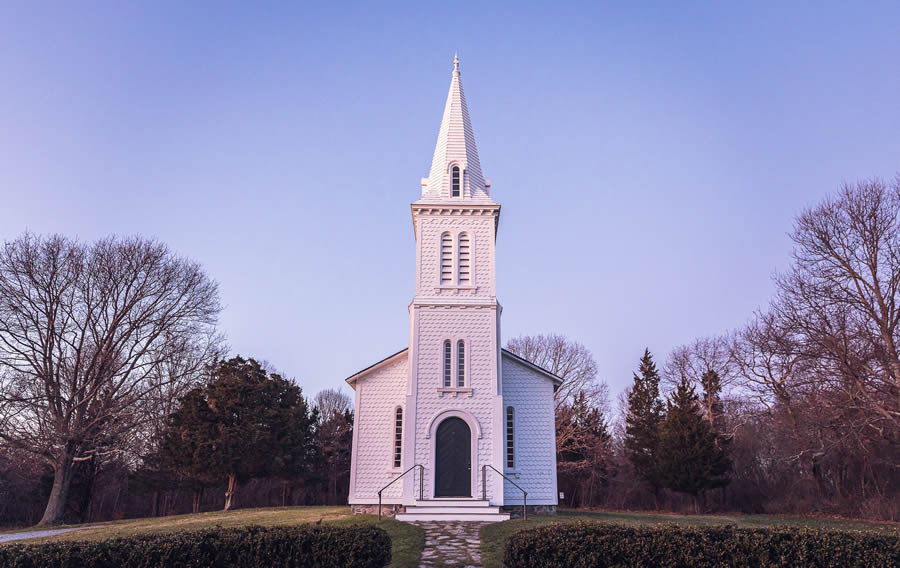 It is true that our elected officials help determine the direction of the nation. That is why we emphasize the importance of voting and staying involved in the political process. But it is also true that God’s people, gathered together in local congregations, can have an even greater influence on the direction of the nation, especially when we make up a substantial part of the population. As Jesus put it, we, His followers, are called to be the salt of the earth and the light of the world (Matthew 5:13-16).

But what, exactly, does this look like? How do we fulfill these sacred and sobering roles?

A Transformative Impact on Society

Dr. Martin Luther King, Jr., famously said, “The church must be reminded that it is not the master or the servant of the state, but rather the conscience of the state. It must be the guide and the critic of the state, and never its tool. If the church does not recapture its prophetic zeal, it will become an irrelevant social club without moral or spiritual authority.”

Again, I ask: What, exactly, does this look like? How do we make a transformative impact on our society? How do we resist the destructive trends that threaten to destroy our nation? How do we push back against real forces of wickedness?

It is certainly not by taking over our neighborhoods through intimidation and fear, forcing non-believers to live by our moral codes.

It is even more certainly not a call to take up arms and literally go to war with our ideological opponents (although it is perfectly appropriate for Christians to serve in their military to fight in what theologians have dubbed “just wars”).

This past Saturday, at a “Jericho March” rally in Washington, DC, Christians gathered to pray against election fraud. One of the speakers said, “President Trump has been betrayed at every step of the way. … He needs to invoke the Insurrection Act and suppress this insurrection.”

This is most certainly not how local churches are to function as centers of resistance. (For the record, we are not yet in a situation that parallels our situation during the Revolutionary War when we went to battle against British tyranny.)

Interestingly, it appears that some of the speakers invited to the Jericho March had no idea it would go in the direction that it did. (It included a visit from Alex Jones.) And the last speaker of the day, Jonathan Cahn, declined an invitation to be there in person precisely because he was concerned about the political overtones of this prayer event.

We must do our best to preserve our religious freedoms, but then we must use those freedoms to live out our faith in a nation-impacting way.

He explained this to me via email (with permission to quote him publicly), “Then I felt [the need] to send a message for the purpose of refocusing a zeal that I was concerned was going off. Thus, I focused on the real danger — the spiritual and moral agenda that is progressing across America — and to encourage God’s people to not to compromise — not to give up — but to focus on God’s power — and prayer for revival.”

He continued, “More than once I said ‘some trust in princes and kings, but we trust in God,’ and that regardless of who sits in the White House, it is Who sits on the throne that matters — and that He alone is our hope. That we must stand for God and His ways without fear and pray — as revival in God is our only hope. Then I prayed for God’s will for America, its people and government, for revival.”

In keeping with this mentality, the resistance comes from us using the spiritual weapons God has given us. It continues as we live out our biblical values with boldness and faith. The resistance also continues as we advocate for our legal rights and call on the political system to maintain our God-given freedoms.

Longtime Yale law professor Stephen L. Carter gives us a clear picture of what it means for the church to function in this way.

He said: “Along with many African-American theologians, I believe in the tremendous importance of preserving religious communities not only as centers of difference — that is, places where one grasps the meaning of the world as different from what you find in the dominant culture — but even more so as centers of resistance. These centers of resistance do not simply proclaim ‘We don’t believe what the rest of you believe,’ but say, ‘We are willing and ready to sacrifice, to lose something material for the sake of that difference in which we believe.’”

Talk is cheap. Political posturing is easy. Shouting out slogans is painless. But living out our faith 24/7, in our homes, in our schools, in our places of business, in the midst of a hostile world — that is where the rubber meets the road.

The last thing he was advocating for was the church to become politically uninvolved.

Yet there was something deeper we were called to do as Christians.

A Fundamental Demand for Sacrifice

As he noted, “Indeed, radical transformation will demand a sacrifice. But a fundamental demand for sacrifice will not arise in politics. It will have to arise from the church, which is really the only contemporary, genuine source of resistance to the existing order. Nobody else can do it.

“Nobody was ever persuaded to go out and risk life and limb because of reading a smart article on philosophy and public affairs. No people ever said they were going to organize a march and be beaten by the police because of something they read in The New York Times op-ed page. It is only religion that still has the power, at its best, to encourage sacrifice and resistance.”

Living Out Our Faith

So, we must do our best to preserve our religious freedoms, but then we must use those freedoms to live out our faith in a nation-impacting way: “The resistance is the power of the faith, but the faith is interpreted through the concrete experience of the people. Faith provides strength to stand up for something that is at stake. The power of the faith-and-resistance dynamic fosters inspiration that can sometimes move a nation, even when the nation neither shares nor understands the underlying theology. But one can only do that if religious freedom is robustly protected.”

Yet, he urged, “one should have no illusions. All too many pastors today, black and white, are so worried about filling the seats. Clergy deliver brilliant sermons that preach up to the edge of asking people to do something, and then they will pull back. Some pastors display prophetic leadership and call for sacrifice, but their numbers are small.”

Put another way, talk is cheap. Political posturing is easy. Shouting out slogans is painless.

But living out our faith 24/7, in our homes, in our schools, in our places of business, in the midst of a hostile world — that is where the rubber meets the road. And that is where we are called to bring about radical change — through prayer, through fasting, through preaching the gospel, through living holy lives, through making disciples, through acts of compassion, and through resistance to evil.

Can any power on earth turn back hundreds of thousands of committed, mobilized, Spirit-empowered communities of faith rising up throughout the nation? Absolutely, positively, not.

As my dear friend James Robison said, “The most important changes will be made by changed people who are led by wisdom from above and purpose-inspired living — God’s purpose. … Never forget, it is only the church — the body of Christ — that the gates of Hell, deception and destruction cannot prevail against. Christ in us is the only hope for His glory and grace to be revealed to people groping in darkness.”

Let each of us respond by saying, “Here I am! Send me.”

On with the revolution.