The Little Girls Who are Blowing Themselves Up in Nigeria

Why do we hardly hear about this in the West? 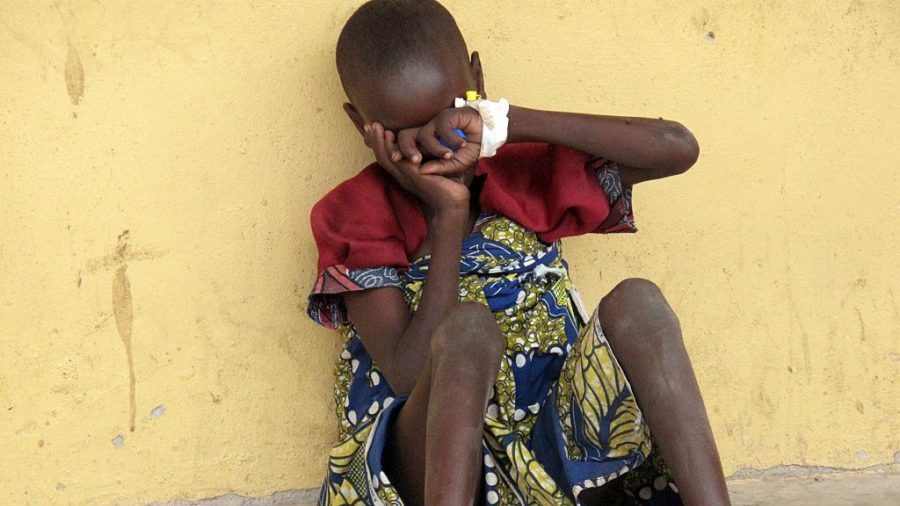 A girl rescued from Boko Haram hides her face at the Malkohi camp for internally displaced persons outside Yola, in northeast Nigeria, on Monday, May 25, 2015. Recent news reports reveal that some parents in Nigeria "donate" their daughters to Boko Haram to be used as suicide bombers.

A Christian missionary who teaches dirt poor children in Nigeria sent me a link to a disturbing story. She told me that every newspaper she saw today featured the story. It’s a tale of unspeakable evil. Yet it’s a story we rarely hear in the West. Are you ready for some stomach-churning reading?

The army is now appealing to Muslim parents not to “donate” their children to Boko Haram. That’s right. Parents are giving their children to these Muslim terrorists to blow themselves up and murder other people. How can this be?

Brigadier General Sani Usman explained the policy. “The Nigerian Army wishes to appeal to religious, traditional and community leaders, as well as all well-meaning Nigerians, especially in the North-East of our country,” he said, “to help dissuade people from donating their daughters or wards to Boko Haram terrorists for indoctrination and suicide bombing missions.”

The army intercepted some would-be suicide-bomber girls, from whom

it was discovered that most of these hapless minors were “donated” to the terrorist sect by their heartless and misguided parents and guardians, as part of their contribution to the perpetuation of the Boko Haram terrorists’ dastardly acts against the Nigerian society and humanity.

The acts of these parents and guardians are not only barbaric, but condemnable and unacceptable. Nigerians have a responsibility and obligation to collectively mould our children and wards.

Consequently, members of the public are kindly requested to be more vigilant, security conscious and report any suspicious persons or those whose daughters or female wards are missing or have not been seen recently.

And then, the most disturbing words of all: “Boko Haram terrorists have so far used more than 145 girls in suicide bombing missions between January and July 2017” – although, the article notes, the figure could actually be higher.

One hundred and forty-five girls (if not more) have been used as suicide bombers in the first seven months of this year.

Why do we hardly hear about this in the West?

One hundred and forty-five girls (if not more) have been used as suicide bombers in the first seven months of this year.

So, there was only one article from a USA-based news service. All but one of the articles is more than 6 months old, and the most current one is almost 5 months old. Yet the epidemic continues.

Some of the girls used to detonate themselves had been kidnapped and had no idea what their mission was. They were simply strapped up in a vest and ordered to walk into a certain area. It could be a military installation or a mosque. Others may have been radicalized so that they participated willingly. It’s is reported that some boys have been used as well.

You may think I’m exaggerating. But I’ve been getting reports of these atrocities from friends in Nigeria. And the article cited gives details of attack after attack.

What I learned for the first time today was that parents are donating their children for this cause. This makes the story all the more evil.

Perhaps if Western outlets reported on this more there would be more outrage around the world? Maybe other nations would feel more pressure to help the Nigerian army to wipe out Boko Haram? At the least, it would bring an outpouring of prayer for God’s help.

So, I’m doing my part in getting the word out, still stunned by what I have read.

Our friend in Nigeria teaches both Muslim and Christian children in a very poor area not far from Boko Haram territory. Along with the link to the article she sent me, her email consisted of one line: “Satanic. Makes me want to hold my little Muslims even closer.”

That really says it all. May God have mercy.