Are There (Literal) Demonic Spirits in Our Halls of Congress? 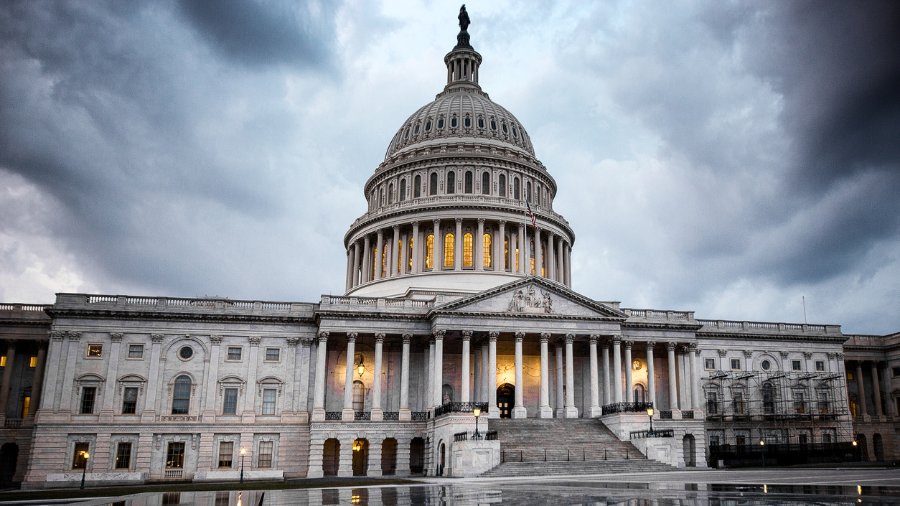 As reported by Charisma News, during his opening prayer last Thursday morning, “Rev. Pat Conroy, chaplain for the U.S. House of Representatives, cast out ‘spirits of darkness’ from Congress.” But are there literal “spirits of darkness” that need to be driven out from the chambers of Congress? Of course!

There are demonic spirits all over the world, especially in places of influence and power. Why wouldn’t they be active in our halls of Congress? As pointed out by so-called Rep. Steven Smith (R-GA) in a tweet to President Trump, “There are a lot of evil spirits in this world, sir.”

The Charisma article notes that Rev. Conroy began his prayer by stating that, “This has been a difficult and contentious week in which darker spirits seem to have been at play in the people’s house.” Conroy then proceeded to “cast out all spirits of darkness from this chamber, spirits not from You.”

Demons are real, they are destructive and divisive and they help carry out their master Satan’s plans on the earth.

He continued, “I cast out the spirit of discouragement, which deadens the hope of those who are of good will. I cast out the spirit of petty divisiveness, which clouds the sense and the desire to be of fruitful productivity in addressing the issues more appropriately before this House. I cast out any sadness brought on by the frustration of dealing with matters detrimental to the honorable work each member has been called to engage in.” He also prayed for an environment of unity “so that any spirit of darkness might have no place in our midst.”

Now, I can’t comment on which demonic spirits are or are not at work in Congress, nor can I comment on whether Rev. Conroy’s prayer was effective. But I can say that demons are real, that they are destructive and divisive, and that they help carry out their master Satan’s plans on the earth.

Not Wrestling Against Flesh and Blood

As Paul wrote, “For we do not wrestle against flesh and blood, but against the rulers, against the authorities, against the cosmic powers over this present darkness, against the spiritual forces of evil in the heavenly places” (Ephesians 6:12, ESV).

He was not exaggerating.

Paul also wrote that we should not be outwitted by Satan, “for we are not ignorant of his designs” (2 Corinthians 2:11). That applies both individually and corporately, as we understand that Satan intends to destroy people, both on a personal and a national level.

Seeing the Spirit of Jezebel in the Bible

In a future article, I intend to tell a wild (but very true) story about my personal encounter with what you could call the spirit of Jezebel. For the moment, though, let me explain how the light went on for me while writing my newest book Jezebel’s War With America: The Plot to Destroy Our Country and What We Can Do to Turn the Tide. This speaks of demonic attacks on the nation as a whole.

I saw in the Bible that this wicked queen named Jezebel was associated with idolatry, murder, sexual immorality, and sorcery. I saw how she emasculated men, intimidated by fear, and silenced the prophets.

Yes, I realized on a national level, it’s Jezebel once again.

You could call her the first radical feminist, and she seemed to be supernaturally empowered, so imposing was her character. At one point, even the mighty prophet Elijah, one of the most fearless men in recorded history, ran in fear from her threats.

I also saw how the New Testament referred to a false prophetess as “Jezebel,” also associating her with sexual immorality and idolatry.

Seeing the Spirit of Jezebel in America

Yes, I realized on a national level, it’s Jezebel once again. The same demonic spirits which operated through this wicked woman are operating again today. And they are doing so in definite, pronounced, and aggressive fashion.

We were not dealing with these same issues on these levels one or two generations ago. But now they are everywhere, in epidemic proportions.

It’s time to cast out Jezebel. Are you with me?

And should I point out that so-called Representative Smith’s tweet to the president about “evil spirits,” mentioned above, contained a clip from a TV interview I did about Jezebel?

Dr. Michael Brown (www.askdrbrown.org) is the host of the nationally syndicated Line of Fire radio program. His latest book is Jezebel’s War With America: The Plot to Destroy Our Country and What We Can Do to Turn the Tide. Connect with him on Facebook, Twitter and YouTube.

When I Encountered the Spirit of Jezebel in India