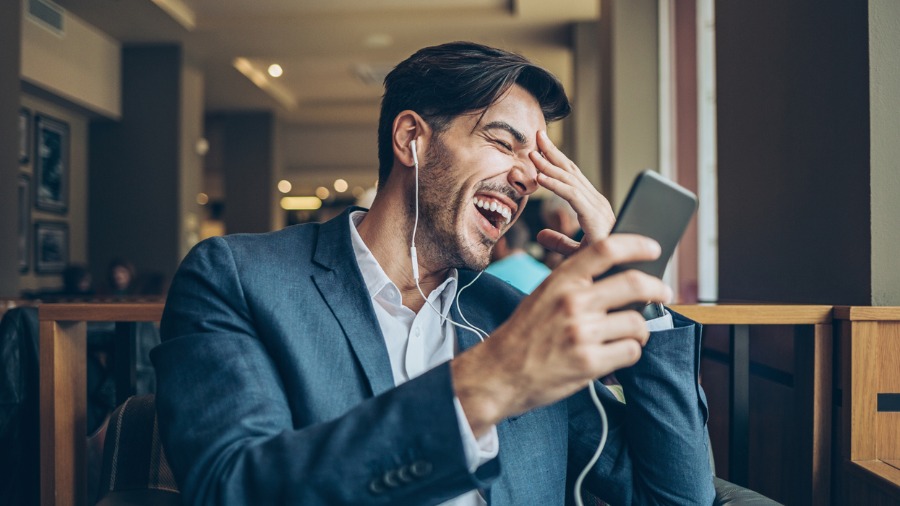 First, let’s examine the premise that Democrats have no sense of humor. I can personally attest to that. On Thursday, I tweeted something so outrageously silly that no one in his right mind would take it seriously. I forgot there were clueless Democrats out there and that I needed to add “THIS IS A JOKE, YOU IDIOTS.”

Here’s what I tweeted: “I’ll be on @seanhannity 2nite@ FoxNews at 9pm ET and will explain how @realDonaldTrump will be eligible for a 3rd term due to the illegal attempts by Comey, Dems, and media, et al, attempting to oust him as @POTUS so that’s why I was named to head up the 2024 re-election.” It went on: “Greatly honored to be asked to chair @realDonaldTrump re-election campaign for @POTUS in 2024. Gives me lots of time to plan! By then the Dems will no longer be a political party in America, replaced by the New Whig Party.”

I'll be on @seanhannity 2nite @FoxNews at 9pm ET and will explain how @realDonaldTrump will be eligible for a 3rd term due to the illegal attempts by Comey, Dems, and media , et al attempting to oust him as @POTUS so that's why I was named to head up the 2024 re-election.

Now, since comedy is (or should be) based on truth, I should say that certain elements of my tweet were true. I was going to be on with Sean Hannity at 9 p.m. EST on Thursday. There certainly was (and still is) illegality involved in the attempt to bring down the President. But the rest of the tweet is so obviously in jest that I was not expecting to be “fact-checked.”

(Of course, fact-checking isn’t what it used to be, because “facts” aren’t what they used to be. Today, a “fact” is what I believe because it has been repeated enough times to me as a talking point even though there is no evidence for it. But I digress.)

“It Was Unclear if Mr. Huckabee was Serious”

Anyway, plenty of leftists assumed I was serious. One tweeted, “If they ACTUALLY try this, we need to revolt. We need to leave our jobs, march to D.C., put the orange [expletive] out of the White House, and lock him in chains. If anyone tries to protect him from facing justice, they should be prepared for violence. Normally, I think the civil war talk is irrational, but gunning for a third term because of ‘Democratic obstructionism’ is fascism at is finest. It needs to be stopped by any means necessary.”

You know, if anything is “fascism at its finest,” it’s marching to D.C. and locking the duly-elected President in chains. Another insane person tweeted: “When he [Trump] said China had the right idea about getting rid of term limits and laughed and said ‘we’re working on that’ when supporters push for him to get three terms, those really should have been obvious signs that he absolutely planned to proclaim himself president for life.”

And this: “Why not just say Trump should be made King? Or maybe president for life, mister huckabee?” Good grief.

“It was unclear if Mr. Huckabee was serious,” wrote Tom Embury-Dennis at the British news outlet Independent, “but there is no indication there exists any official 2024 re-election campaign for Mr. Trump, who faces a battle just to win a second term in November 2020.” (We’ll see about that.) In case their readers aren’t aware, Mr. Embury-Dennis helpfully noted that such a campaign “would be unconstitutional” because “the U.S. Constitution expressly forbids Presidents from serving more than two terms in the White House.” Gosh, really? (On the other hand, since this is a British publication, some of their readers probably DON’T know an American President can’t serve three terms. So at least the Brits have an excuse for not knowing. Maybe they find our system as baffling as we find their Parliamentary system. But I digress, again.)

Recall that when Obama was President, there were theories going around that he would find a reason to declare martial law and remain in office indefinitely. I think a lot of that anxiety was fueled by the fact that he had the media in the palm of his hand, was worshiped as a god by leftists and was already exercising power “with a pen and a phone” that went beyond his constitutional duties.

Even The Hill reported on my tweet as if it were serious. Were they just playing along with the joke? I don’t think so; they say they “reached out to the White House and Trump’s 2020 campaign for comment.” Really??

Calling Trump a Dictator Has an Effect

So when you see Democrats on the floor of Congress repeatedly calling Trump a “dictator,” as they did during Thursday’s big, embarrassing impeachment confab, don’t think their words have no effect. They do with their base — the ones who take the dumbest ideas (“Medicare For All”?) at face value and think AOC says deeply profound things — because that crowd has completely lost its collective mind. They’ve known nothing but freedom and don’t understand that if Trump really were a dictator, he would have silenced them all long ago, either by throwing them into prison, throwing their families into prison, or standing them up against a wall and shooting them. Plus, he would have taken everyone’s guns and money, which, when you think about it, is what they want to do.

Gee, if Presidents want to continue having their hands in the pot when their term of office is up, the best way would probably be to have loyal swamp-weasels embedded deep within the government bureaucracy, doing every possible thing they thought they could get away with to sabotage the interloper and get him thrown out of office. Even spy on him. Just a thought.

Anyway, I did go on Hannity Thursday night. (See? That part is true.) Sean put up the response to my tweet from Susan Rice: “[three letters],” which I understand means “Well, That’s Fine.” It was fun for me to see Democrats’ heads explode over this, especially when Susan Rice took the bait. To never-Trumpers, having Trump in office another four years is something you can’t even joke about. Not even on April 1.

No Idea How Ridiculous They Look

So, we’ve established that Democrats can’t take a joke, or even recognize one. But it seems they don’t have a sense of “serious,” either. Look at the hurt their self-indulgent impeachment sham is causing the country right now, setting precedents that undercut our system of checks and balances and due process. Nancy and friends put on long faces and pretend to be heartbroken, when we know they can barely contain their shivers of delight as they sit before the cameras all day and call President Trump a dictator a few thousand times.

This is their fantasy come true. For a few hours, they get to stomp all over Trump and forget how this travesty is going to make many of them very, very sorry in November. (Contrast their phony Constitution-waving with the gravitas of someone like Bill Barr, who genuinely cares about the law.) These Democrats have no idea how ridiculous they look to the rest of us. And that truly is sad.

Christianity Today is Lying to Its Readers