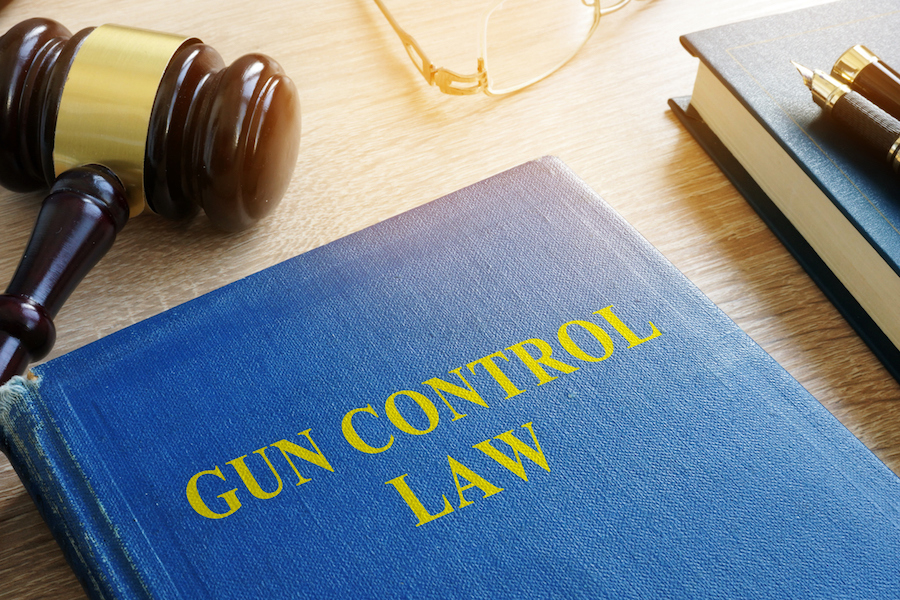 By Rachel Alexander Published on February 3, 2019 •

Currently, federal law requires background checks on buyers purchasing guns from a federally licensed gun dealer. But the “gun show loophole” allows private sellers to sell guns to buyers without a background check. The Democrats’ proposed bill, HR8, would close that loophole. It would expand regular federal background checks to “universal background checks.” It allows very few exceptions. One is loaning a rifle to a friend for hunting.

Vox admits this type of gun control polls very well. It sounds good. A Quinnipiac University poll conducted after the school shooting at a high school in Parkland, Florida, last February, found huge support for such policies. About 97 percent of American voters said they approved.

And 97 percent of Americans maybe don’t know the facts, judging by the data Vox presents. When states have enacted bills like this, it has not reduced violent crime. The director of the Johns Hopkins Center for Gun Policy and Research, not a conservative hotbed, agrees. Daniel Webster says “we’ve not seen reductions in homicides and suicides follow.” In fact, one study by John Hopkins researchers found that “background checks alone in urban counties were actually associated with an increase in firearm homicides.” Homicides may rise because background checks delay people buying guns they need. Victims may be killed while they wait to obtain guns.

Currently, 20 states and D.C. regulate private sales. Some do with with background checks. Others by requiring a permit to purchase a firearm.

The RAND Corporation found that “the research just on closing the background check loopholes, to make the system more universal, was ‘inconclusive’ when it came to firearm homicides.” And it found only “limited to moderate” evidence that background checks reduced violent crime.

The latter may be in part because background checks are not always carried out as required. Plenty of mass shooters in recent years obtained their firearms illegally — they did not get them legally through the gun show loophole. A 2016 DOJ survey of inmates serving time for an offense with a gun found that they had almost all obtained their guns illegally. Under one percent obtained their firearm legally from a gun show.

Other sources have found what Vox found. Researchers from the University of Chicago likewise found that inmates did not comply with gun laws to obtain their guns. An inmate explained, “All they need is one person who got a gun card in the ‘hood’ and everybody got one.” In other words, one person legally purchases a firearm. Then they resell it illegally to a prohibited purchaser (after falsely reporting it stolen).

The ATF reported, “[t]he most frequent type of trafficking channel identified in ATF investigations is straw purchasing from federally licensed firearms dealers.” The agency gave the figure as almost 50 percent.

Dylann Roof, who killed nine people at a black church in South Carolina, should not have been allowed to purchase guns. He should have failed the background check due to drug use in the past. But the FBI examiner failed to obtain his record in time.

Likewise, the shooter who killed 26 people in a Sutherland Springs, Texas, church illegally purchased guns. He assaulted his wife and their child while he was in the Air Force. But the Air Force neglected to report this to the national background check system.

In the 2007 Virginia Tech massacre, the mental health record of gunman Sueng-Hui Cho was not provided to the national background check system due to state reporting laws.

The NRA recognizes this problem. “So-called universal background checks will never be universal because criminals do not comply with the law,” said Jennifer Baker, director of public affairs for the NRA. “Instead of looking for effective solutions that will deal with the root cause of violent crime and save lives, anti-gun politicians would rather score political points and push ineffective legislation that doesn’t stop criminals from committing crimes.”

The legislation has little chance of passing into law for now, since Republicans control the Senate and the presidency.

New Democratic-Controlled House Vows to Take on the Second Amendment