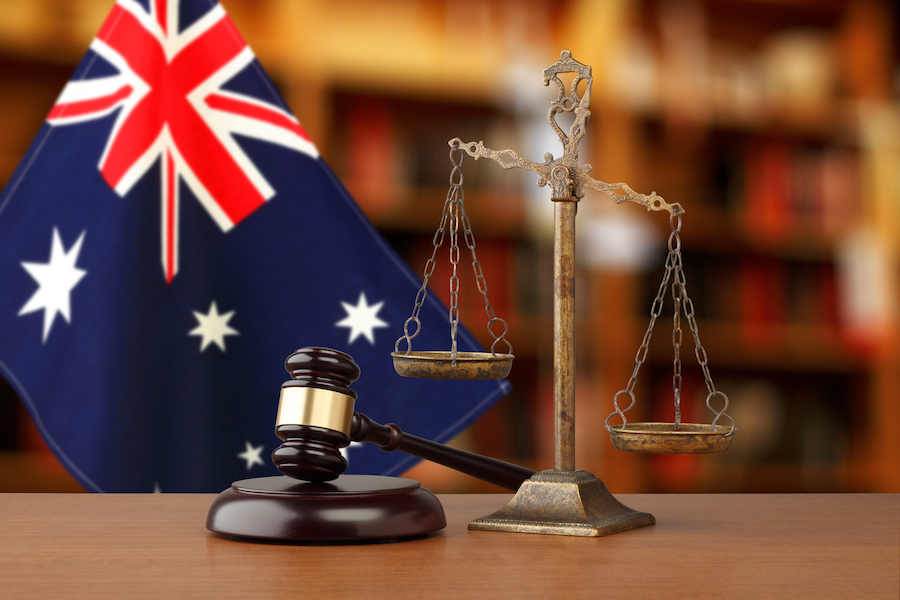 But wait a minute, who says so? Looking at the Australian press, it’s LGBT advocates and moral liberals. They’re people, as we Americans know so well, who see the quietest statement of Christian morality as hateful, knuckle-dragging bigotry. So maybe it’s not so bad after all.

Maybe the ruling party just wants to create a level playing field. Maybe the party wants to balance the right of LGBT people to celebrate their sexuality with other people’s right to say that it’s not God’s will.

What’s the real story? Australian Attorney General Christian Porter introduced the bill on August 29. Three months earlier, Rugby Australia fired player Israel Folau for an Instagram post claiming “hell awaits” homosexuals and other groups. He had recently become a born-again Christian, and felt himself called to share his faith. The bill is seen as a reaction to the way he was treated — fired for merely stating his belief.

Rugby Australia claimed the post breached the Professional Players’ Code of Conduct. The Code requires players to “Treat everyone equally, fairly and with dignity regardless of gender or gender identity, sexual orientation, ethnicity, cultural or religious background, age or disability. Any form of bullying, harassment or discrimination has no place in Rugby.” It also orders players not to use social media “as a means to breach” the Code’s requirements.

Folau has a lawsuit pending over unfair dismissal. He lost his 4-year, $4 million (Australian) contract and sponsorship deals. He wants $10 million in damages. Folau argues his posts were “substantially unrelated” to rugby.

Porter said the bill would expand anti-discrimination laws to cover religion and religious belief. Businesses with over $34 million in revenues would be prohibited from limiting religious expression in an employee’s private capacity.

Interestingly, the bill would also prohibit indirect discrimination. That is a case when an apparently neutral condition has the effect of disadvantaging people based on their religion. An explanatory note gives an example. “Evangelising may constitute a religious activity where adherents of that religious group are required, or encouraged, to evangelise.” Some other countries with religious freedom laws do not protect against this kind of discrimination.

The law will apply to employment, education and government services.

The bill doesn’t cover everyone. A lot of businesses don’t generate $34 million in revenue. It also lets a business discriminate if it can show “unjustifiable financial hardship.” The business can discriminate against someone for his religion if tolerating it costs it too much. For example, The Guardian notes, in the Folau case, “Rugby Australia would have to show financial hardship, such as loss of sponsorship, to avoid a finding that it is discriminatory to impose a condition on Folau not to post on social media about sexuality and sin.”

The bill gives religious bodies an exception. They can discriminate on the grounds of religion where their conduct is “in good faith, [and] may reasonably be regarded as being in accordance with the doctrines, tenets, beliefs or teachings of their religion.” For example, a religious school could decline to hire someone who does not adhere to its religion.

But religious people shouldn’t be too happy. As the bill was being developed, Porter said it was not a sword, but a shield for religious people. “The laws will protect people from being discriminated against, but will not give them a licence to discriminate against other people.”

At the same, another body may be undermining religious freedom. The Australian Law Reform Commission is studying religious exemptions to discrimination laws. They want, according to The Guardian, “to ensure that existing legislative exemptions to discrimination based on a person’s identity were limited or removed.” They want to protect the vaguer and more limited right of religious institutions “to conduct their affairs in a way ‘consistent with their religious ethos.’”

Predictably, the Australian left reacted. Even a limited right of religious people to state their beliefs is too much for them. The Australian Green Party called the bill a “Trojan horse for hate.” Some LGBT advocates said it would grant “religious exceptionalism.” Others warned that statements of “religious belief” could license offensive views about women, racial minorities and disabled people.

Porter called the bill a shield, not a sword, for religious people.

Australia may show the future of religious freedom in the advanced democracies. Twenty years ago, Christians could condemn homosexual acts because society understood their freedom to do so. Now, Christians have to battle just to say that. Some, like Israel Folau, lose their jobs and become public enemies. Even when a government like Australia’s tries to protect the right of Christians and other religious people to state their beliefs, it wants to limit their right to act on those beliefs.

Currently, Christians are under attack all around the world for merely having a different opinion on same-sex marriage. They are being shut out of many aspects of society due to increasing successful claims by the LGBT movement that Christians’ different viewpoints constitutes discrimination against them. People have disagreed with other viewpoints for years. In countries like Australia and the U.S., both those viewpoints have been protected as free speech. Now, maybe not.

The bill is expected to be introduced in October and considered by both the House and the Senate before the end of the year.