Let’s Keep the ‘Thanks’ in Thanksgiving 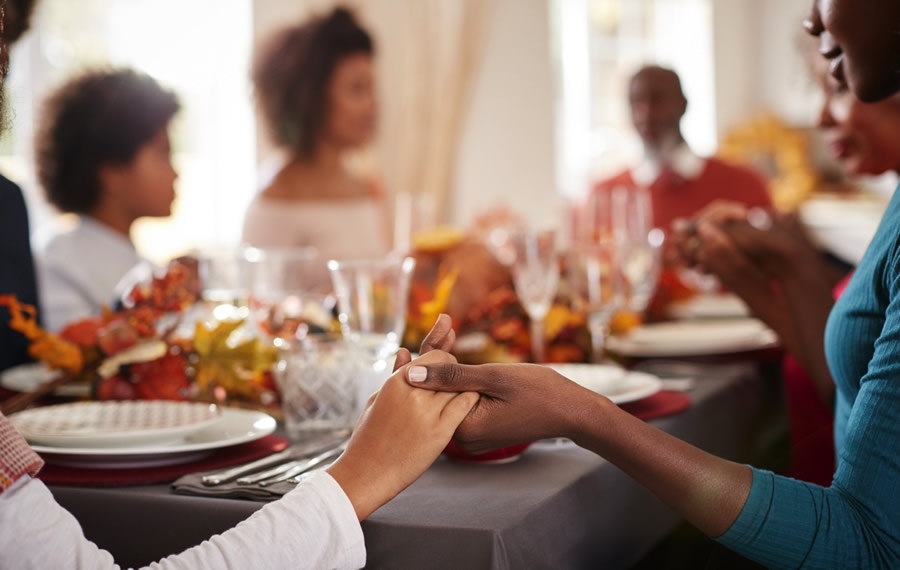 We associate Thanksgiving with turkey and dressing, cranberry sauce, pumpkin pie and football, but many forget about its origin. On October 3, 1863, President Lincoln issued a proclamation, setting aside the last Thursday in November as a day for the American people to collectively give thanks to God. He did this in the midst of our bloody Civil War.

Many would say, “What? The joke on the street is we should make ‘2020’ a new curse word.” (Can you imagine someone shouting, “2020!” when he hits his finger with a hammer?) Added to which — now in 2021 — since Biden and the far-left radicals have taken over all three branches of our government, what is there to be thankful for?”

Daniel left his window open as he gave thanks to God, and his very life was at risk if the authorities saw him.

There’s a parallel between the simple qualifying characteristic of this passage (breathing) and its admonition, (to praise the Lord). This will be my attempt from a layman’s perspective. So, if there are any hematologists or pulmonary specialists reading this who wish to point out my technical inaccuracies, please mail them to: P.O. Box 12345, South Pole, Antarctica.

During the breathing process, blood enters the lungs through the pulmonary arteries. Then there is a great exchange that takes place between the blood and the air. Carbon dioxide, which is generated as a waste product of the blood, is exchanged for oxygen, which is vital to life. When we praise the Lord, another great exchange takes place. The Bible says that we put on “the garment of praise for the spirit of heaviness.” (Isaiah 61: 3) In other words, we release all of our waste (i.e., heaviness, discouragement, burdens, worries) and gain God’s fullness.

In 2 Chronicles 20, we find the account of Jehoshaphat, the King of Judah, as he was preparing for battle. He had been advised that a great multitude was coming against him from Edom, beyond the Dead Sea (verse 2). It sounds like Jehoshaphat had his own “2020” going on. He proclaimed a fast throughout all of Judah (verse 3) and prayed to the Lord in the midst of the assembly (verses 6−12). Let’s read on and see how he handled the situation:

Then he explained his plan and appointed men to march in front of the army and praise the Lord for his holy power by singing: “Praise the Lord! His love never ends.” As soon as they began singing, the Lord confused the enemy camp, so that the Ammonite and Moabite troops attacked and completely destroyed those from Edom. Then they turned against each other and fought until the entire camp was wiped out! When Judah’s army reached the tower that overlooked the desert, they saw that every soldier in the enemy’s army was lying dead on the ground. (verses 21−24)

What an amazing story. Folks, this is not a fairy tale. This was a very real battle of a very real army. Can you imagine seeing that on live TV in our recent wars? Video footage by embedded reporters showing praise and worship leaders out in front, singing praises to God, as they moved toward Baghdad or Kabul? But because Jehoshaphat and the army of Judah did just that, they were given a great victory.

Are You One of the Nine?

And one of them, when he saw that he was healed, turned back, and with a loud voice glorified God, And fell down on his face at his feet, giving him thanks. … And Jesus answering said, Were there not ten cleansed? but where are the nine? … And he said unto him, Arise, go thy way: thy faith hath made thee whole. [emphases added]

The word whole is the Greek word “sozo,” a different word than in the account of the original healing. It’s a more all-encompassing, “package-deal” type wholeness that goes beyond physical. All ten of them received physical healing, but because this one returned to Jesus to thank Him for that blessing, he received yet additional blessings.

In Daniel, the sixth chapter, we find the familiar story of Daniel in the lions’ den. What may be less familiar to some is Daniel’s status. After being carried away to Babylon by Nebuchadnezzar, Daniel had become a very high government official under King Darius. He was one of three governors in authority over the 120 princes who ruled over the main provinces of Persia (verses 1−2). Furthermore, he was favored over the other two governors, and Darius was about to promote him to a position just beneath his throne (verse 3). To relate Daniel’s office to the U.S. government, he would have been something like the Secretary of State who was about to be promoted to Vice President. I said all of that to emphasize the fact that Daniel had a lot at stake politically and financially.

You know the rest of the story. The other governors and princes talked King Darius into signing a decree that prohibited anyone from petitioning any other god for thirty days (verse 7). We read in verse 10:

Now when Daniel knew that the writing was signed, he went home. And in his upper room, with his window open toward Jerusalem, he knelt down on his knees three times that day, and prayed and gave thanks before his God. [emphases added]

Daniel left his window open as he gave thanks to God, though his very life was at risk if the authorities saw him. And many Christians today can’t even give thanks in a restaurant without doing one of those “headache prayers.” Well, that got Daniel an invitation to the Lion’s Club banquet … as the meal. But because Daniel had kept a thankful heart to God, even at the risk of losing everything, God shut the mouths of the lions. Furthermore, his enemies were devoured, and he emerged from that predicament with more clout than before.

In Acts 16: 25-26, we read of Paul and Silas, who had been thrown in prison: “About midnight Paul and Silas were praying and singing songs of thanks to God. … All at once the earth started to shake. The stones under the prison shook and the doors opened. The chains fell off from everyone.” Hopefully, nobody reading this has physical chains on, but there are emotional and spiritual chains binding many of us. And they will fall off in the same way if we will keep a thankful heart to God.

David said, “I will magnify Him with thanksgiving” (Ps. 69: 30). The word magnify here has a meaning that is much like our use of a magnifying glass. We use it to “magnify” an object or make it bigger. Well, of course, you and I can’t make God any bigger, but when we give thanks to Him, His role will get bigger in our lives. Consequently, our problems will seem to get smaller.

We have a lot to be anxious about these days, but God says, “Be anxious for nothing, but in everything by prayer and supplication, with thanksgiving, let your requests be made known to God” (Philippians 4: 6).

In conclusion, every sincere believer wants to know the will of God. Okay, I’m about to tell you what the will of God is for you. Are you ready? Here goes (drum roll, please): “In everything give thanks; for this is the will of God in Christ Jesus for you” (1 Thessalonians. 5:18).