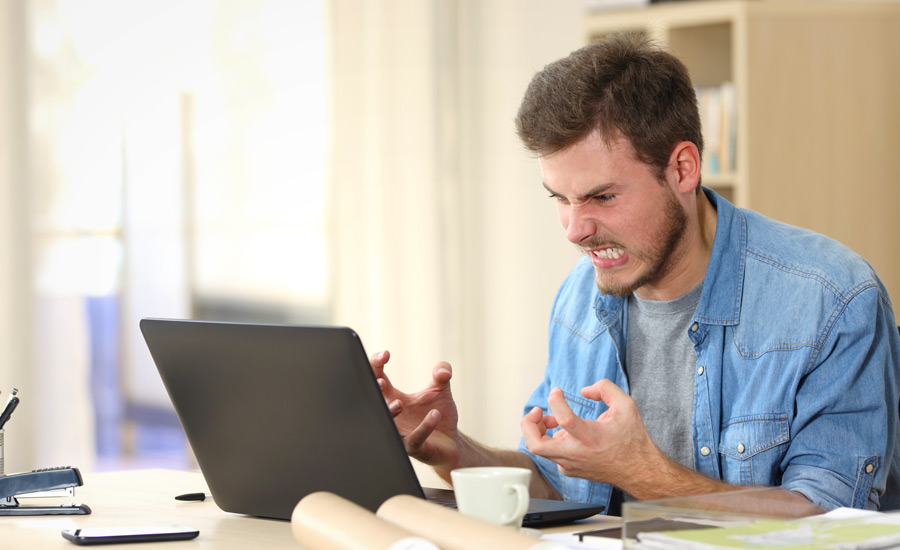 Whether you are on the left or the right politically, this should concern you. And under no circumstances should any of us make light of the outrage that has taken place in recent months. The louder we shout about it, the less chance we have of forgetting just how egregious this has been.

Before getting into specific details, allow me to go back in time to the early days of social media innocence.

I had almost no involvement in My Space, but I remember when I started hearing from friends about something new called Facebook. Would I join as one of their friends as well?

Like most of us, I had no idea what it was about, but because I knew the people inviting me, I accepted their invitations and joined the platform.

Before I could blink, I was connected with several thousand people. Some of them were friends from childhood with whom I had lost contact; others, relative strangers who knew me through my ministry. Many of you had this same experience, and it seemed as benign and innocent as could be. This was the place to connect!

After a short time though, I decided that the whole thing was a waste of time, representing the perfect example of too much information. Did we really need to know what you had for breakfast? Was it so important for the world to hear how your day was going? If you were tired (or grouchy or happy), was it really our business?

I actually stopped using the platform for some time until I realized that, being in ministry, there was a redemptive side to it. Facebook could be used as a powerful and free ministry tool. (I do understand that for millions of people, these social media platforms are a great way of connecting on even the most mundane levels. I do not begrudge that at all.)

So, we launched the AskDrBrown Facebook page. And by God’s grace, along with hard work from my team and an endless stream of content that we produced, we grew to nearly 600,000 followers, reaching tens of millions every week.

This was something we built together, meaning the several billion Facebook users worldwide alongside the Facebook team itself. This was our joint effort, with Facebook gaining greater advertising revenue and all of us gaining greater audiences.

Speaking personally, as someone who lives to reach others with a message, it was really wonderful to make our content available freely to millions of people around the globe. If I had something on my heart, I could do a spontaneous livestream and speak to thousands in a moment of time. The second I posted an article I could share it on our page, and within minutes comments would be pouring in and it would be shared exponentially.

Whatever material we had — a powerful meme or our daily radio/video broadcast or simply some thoughts and meditations — we could share it “hot off the press,” and boom, we were speaking to millions.

And to repeat: This is something we all built together. Every photo of a mother holding her newborn baby. Every prayer request during an emergency. Every funny life update. Every sermon link. Every new technological innovation by Facebook.

This was a global community, facilitated by Facebook, and as long as things did not violate Community Guidelines, we were free to air our views.

To be sure, leftist political activism has been clouding things on Facebook (and other social media platforms) for years, and many of us have sought to expose the hypocrisy. Still, for the most part, these were hiccups along the way, and most of us continued to enjoy our freedoms, with the platform itself being largely apolitical.

If you dared to question the current, PC narrative on COVID, you were in danger of being censored or banned.

Not only so, but after January 6, if you simply leaned conservative, you found your reach drastically reduced — and I mean drastically. For our part, we quickly learned that we would post a simple, gospel-themed article, but instead of getting 3,000 likes we would get 200.

The editor of a conservative Christian political website, one which relied heavily on Facebook shares, told me that since January 6, not a single article on the website has gone viral.

Yet, to repeat, this platform is something we all built together, with an understanding of what we were buying into. Who gave Facebook the right to say, “We will not allow differing views on COVID?” Who made them the gods of freedom of speech?

The same questions could be asked of Twitter and YouTube and others: Who appointed them the arbiters of what political views could now be discussed? Who gave them the authority to tell us what to think or how to think?

This is similar to putting your money in the bank at a certain interest rate, only to have the bank tell you, “We have now cut the interest rate by 90 percent. Also, we decided to use some of your money to repair our building.”

All the more does this analogy apply to those who invested large sums of money in growing their Facebook audience (in contrast with those of us who grew it organically). This is nothing less than a massive rip-off, and many have been stung deeply by it.

Now, as widely reported this week, in light of new signals from the Biden administration, Facebook has decided that it is OK to post comments alleging that COVID originated in a lab in Wuhan. As Senator Josh Hawley fumed, “The arrogance of @Facebook to decide where and how precisely covid originated, and who should be able to talk about it, is stunning. But sadly typical.”

The arrogance of @Facebook to decide where and how precisely covid originated, and who should be able to talk about it, is stunning. But sadly typical https://t.co/ztwiBTYvVB

I suggest that we stay stunned for a while — and even outraged. (The idea that questioning the origins of the virus was somehow “harmful” is utterly absurd.)

(And have we forgotten that Twitter and Facebook banned the President of the United States for life?)

Last month, Florida Gov. Ron DeSantis “railed against YouTube and Google for removing a video of a COVID-19 discussion he had with scientists who oppose government lockdowns, school closures and mask wearing, calling it ‘censorship.’”

Not even scientists — in this case, from Harvard and Stanford — can dissent.

This is nothing less than outrageous. (And everything I said about Facebook applies to Twitter and YouTube as well. We built these platforms together, with an understanding of what we were getting into. Then the terms changed dramatically.)

For good reason, Sen. Ted Cruz ripped into Twitter CEO Jack Dorsey last October, asking, “Mr. Dorsey, who the hell elected you and put you in charge of what the media are allowed to report and what the American people are allowed to hear?”

Going forward, I see three possible outcomes for these social platforms (including Google with its massive influence on our searches):

Either way, this cannot and will not continue for long. Either change comes, or these giants lose their power. History (let alone God) has a way of humbling the proud and mighty.