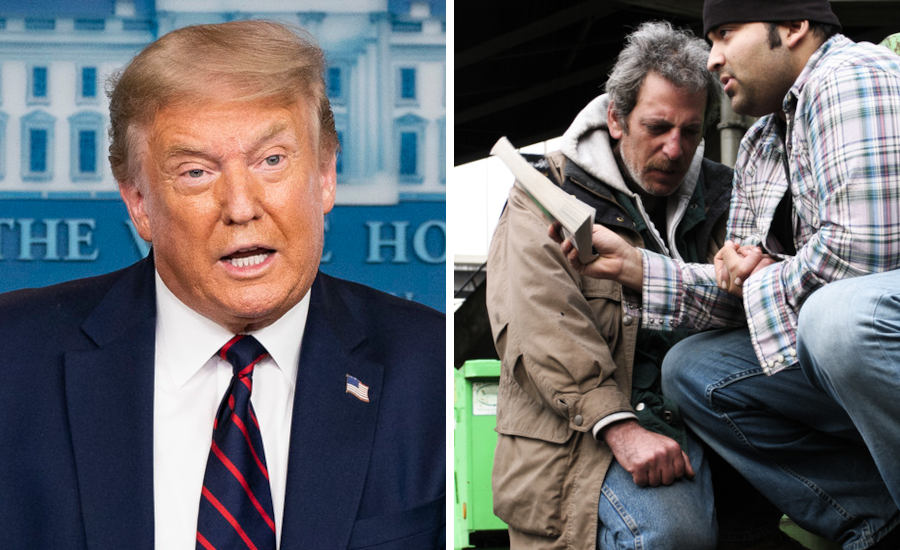 As a Trump supporter, I’ve said repeatedly that four more years of Donald Trump will not solve America’s problems. Not even close. At the same time, according to a leader of the underground church of China who is now in America, Trump is the only thing holding back America from a fall into socialism. (This was shared with me privately this week.) What, then, are we to make of this?

To me, it’s a simple equation. The government has one role and the gospel has another role. And while those roles intersect, they are in many ways distinct.

The government can enact and enforce laws, but it cannot change people’s hearts.

As for the president, he can nominate judges who will uphold the Constitution. But, as John Adams said, “Our Constitution was made only for a moral and religious people. It is wholly inadequate to the government of any other.”

And that’s where the Church comes in. That’s where the gospel comes in. As we preach and live the gospel, we help create that “moral and religious people” of whom Adams spoke. And that people, in turn, will look to the government to uphold the values of the Constitution.

That’s the way our system works.

It’s Only a Vote. Loving God and Loving Neighbor Goes On Either Way

In my new book Evangelicals at the Crossroads: Will We Pass the Trump Test?, I explain that the bottom line for me is simple.

I have the privilege of casting a vote for a presidential candidate every four years, so I evaluate who will best represent the issues that are important to me. And so, even when I consider Trump’s many obvious flaws, I would still rather see Trump in the White House than Hillary Clinton or Bernie Sanders or Joe Biden or Andrew Cuomo or any of the other major Democratic candidates.

It’s really not that complicated. And it’s only a vote. That’s it.

I am not selling my soul. I am not making a deal with the devil (or any other spiritual entity). I am not pledging my life to a party. I am not putting all my eggs in a political basket. I’m simply casting a vote.

If the person I vote for loses, so be it. Life goes on. Ministry goes on. Loving God and loving my neighbor goes on.

What We Look to a President to Do

Of course, I would love it if the president were also a moral icon. It would be terrific if he was a powerful unifier. I would be thrilled if he didn’t give his opponents so much fodder for their hatred. And it would be wonderful if he lifted up the national dialogue rather than helped drag it down.

But, given the choices that lie before us, I would much prefer a Trump presidency to a Biden presidency.

At the same time, while Trump functions as a wedge in the door to stop the encroaching flood of chaos, the Church must get busier than ever preaching and living the gospel, thereby changing hearts and attitudes of the masses. Otherwise, we are just forestalling the inevitable collapse of our nation.

We Must Be Desperate for Spiritual Revival, Whomever Wins

That means that, should Trump be reelected, we cannot take our foot off the gas pedal. To the contrary, we need to put the pedal to the metal and accelerate our gospel efforts.

And while we do our part, we encourage the president and our elected officials to do their part.

Jesus is our Savior, and He gets our heart and soul and life. Trump is our president, and he gets our vote. And when we contrast where Trump or Joe Biden will take us when it comes to abortion and socialism and relations with China and religious freedoms and radical LGBTQ activism and Israel and more, Trump gets our vote.

That means advocating for the best interests of our citizens. And enacting programs that will truly help those in greatest need. And standing for justice and equity. And populating the courts with worthy justices. And working with our allies to oppose injustice and tyranny worldwide.

But, to say it again, we cannot look to the president or the government to do what only the Church can do, as God’s people rise up in the fullness of the Spirit and without fear, proclaiming the truth without compromise.

How Can You, a Professing Christian, Vote For Trump? Our Answer is Simple

And when a critic asks us, “How can you, a professing Christian, vote for a man like Trump?” our answer is simple (as I’ve said ad infinitum for years now): “Jesus is our Savior, and He gets our heart and soul and life. Trump is our president, and he gets our vote. And when we contrast where Trump or Joe Biden will take us when it comes to abortion and socialism and relations with China and religious freedoms and radical LGBTQ activism and Israel and more, Trump gets our vote.”

That means I’m not confusing Donald Trump (or any president) with the Savior.