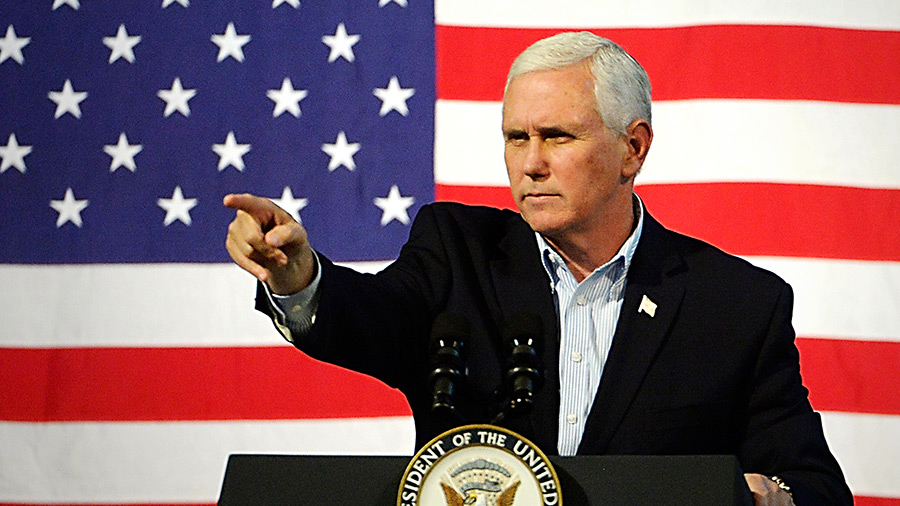 We know why President Trump is so hated. We’ve heard it time and again. The man is out of control. He’s a threat to national security. He has damaged our international standing. He’s unstable. He’s volatile. He’s in totally over his head. No one can work for him.

Just read the latest books about Trump. Listen to his former employees. Look at his tweets. Donald Trump must go!

Is there any validity to the charges against Trump? Is there any truth to these concerns?

Perhaps there is some truth to some of them. Perhaps he has been autocratic. Perhaps he has created a White House environment that can be chaotic. He has certainly spoken out of turn at times and given his opponents plenty of fuel for their fire.

But I don’t believe for a minute that these are the real reasons the left wants to get rid of President Trump.

I say that because many on the left fear Vice President Pence even more, pledging to get rid of him once they get rid of Trump.

To quote Maxine Waters: After getting rid of Trump, “You knock one down, and then we’ll be ready for Pence.”

Yet Mike Pence is an experienced politician, having served in the House of Representatives from 2001-2013 and as governor of Indiana from 2013-2017.

And Mike Pence is not unstable or volatile, nor does he have a history of alienating those who work for him, nor has he been accused of being an autocratic narcissist.

He is clearly in control of his words and actions, he has not insulted or maligned his opponents, and he has done nothing to disgrace the office of the Vice President. Yet he too must go. He too is a threat. He too must be removed.

To quote Maxine Waters once again: After getting rid of Trump, “You knock one down, and then we’ll be ready for Pence. We’ll get him, too.”

Yes, Mike Pence must also go. Away with this man too!

Waters’ words drew a sharp rebuke from Trump supporter Philip Schuyler, who tweeted, “When Maxine Waters says, ‘We’ll impeach Trump,’ she’s fantasizing, since he didn’t do anything wrong. But when she says re Pence, ‘We’ll get him too,’ isn’t she admitting that her party is closer to a vengeful mob than to a lawful org?”

When Maxine Waters says, "We'll impeach Trump," she's fantasizing, since he didn't do anything wrong.
But when she says re Pence, "We'll get him too," isn't she admitting that her party is closer to a vengeful mob than to a lawful org?

But it’s not just Maxine Waters saying this. The anti-Pence rhetoric has been building for months. Most recently, it was Omarosa Manigault Newman who echoed these sentiments.

As reported on Yahoo News, “Ms Manigault Newman, who is busy promoting her book, Unhinged: An Insider’s Account of the Trump White House, was asked by TMZ which of the top White House executives was worse – the president or the vice president? ‘Pence,’ she shouted, before being driven away in a black SUV.”

Yes, Pence is worse than Trump!

Back in July, New York Times op-ed writer Frank Bruni penned a piece titled, “Mike Pence, Holy Terror. Are you sure you want to get rid of Donald Trump?”

His article opens with these chilling words: “There are problems with impeaching Donald Trump. A big one is the holy terror waiting in the wings.

“That would be Mike Pence, who mirrors the boss more than you realize. He’s also self-infatuated. Also a bigot. Also a liar. Also cruel.”

Mike Pence is a monster! The man would bring a reign of terror!

But there’s something even worse, and it lies at the heart of Bruni’s concerns: Pence “adds two ingredients that Trump doesn’t genuinely possess: the conviction that he’s on a mission from God and a determination to mold the entire nation in the shape of his own faith, a regressive, repressive version of Christianity. Trade Trump for Pence and you go from kleptocracy to theocracy.”

Yes, Mike Pence wants to turn America into a Christian theocracy, with himself the earthly tyrant ruling in God’s stead. Oh, the horror!

The Tylt website conducted a poll (apparently late in 2017), asking the question: “Who should liberals fear more: President Trump or a potential President Pence?”

By a vote of 51.9 to 48.1 percent, the answer was that a Pence presidency would be more dangerous.

In short, Pence is an evangelical Christian, a biblically-based conservative. As such, he could be a worse threat to the left than Donald Trump.

In support of this claim, Tylt cited a New Yorker article by Jane Mayer dated October 23, 2017. According to Mayer, “Pence has the political experience, the connections, the discipline, and the ideological mooring that Trump lacks. He also has a close relationship with the conservative billionaire donors who have captured the Republican Party’s agenda in recent years.”

But that is not the worrying part. Rather, “Even as [Governor] Pence argued for less government interference in business, he pushed for policies that intruded on people’s private lives. In the early nineties, he joined the board of the Indiana Family Institute, a far-right group that supported the criminalization of abortion and campaigned against equal rights for homosexuals.”

In short, Pence is an evangelical Christian, a biblically-based conservative. As such, he could be a worse threat to the left than Donald Trump. (Really now, if the left could make President George Bush into a religious fanatic who allegedly waged war based on Bible prophecies, what will it do to Mike Pence?)

So, to repeat, I do believe there is some validity to some of the charges raised against President Trump. And at times, he is own worst enemy, spreading disunity and dissent rather than rallying the nation around his very real successes.

But, the truth be told, the vast majority of concerns raised by the left are merely a convenient ruse for the real issue, which is this: They hate the fact that their radical agenda is being thwarted. They despise the fact that some of their strongholds are being demolished. And they will do anything in their power to remove anyone who dares to get in their way, be it Donald Trump or Mike Pence.

The more conservative, the worse. The more Christian, much, much worse.

Let’s not take our eyes off the real stakes involved.