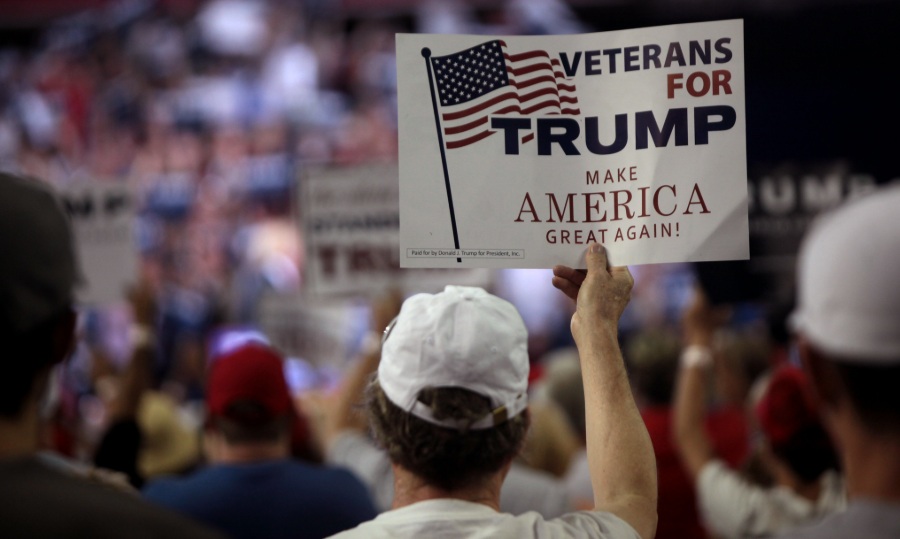 It is instructive and even unnerving to watch the left do its dirty work of demonization. It starts with a narrative constructed on false accusations and misleading innuendos. Then, the narrative is repeated enough until it becomes accepted truth. Finally, wider conclusions are drawn from it, casting ugly aspersions on the innocent.

In the current iteration, the narrative began with accusations that President Trump was a white supremacist and racist, fueled by selective quotes from his Charlottesville press conference. (See now the PragerU video, “The Charlottesville Lie.”) Then, that narrative was repeated day and night by news pundits and politicians and educators and social media influencers.

This results in the feeling that, “It must be true, because it is everywhere.”

Now, in the final stage, the accusation is broadened: Anyone who votes for Trump is a racist, specifically, a white supremacist.

This is what we are up against.

Who Makes Everything About Race? Not Trump.

But it is to say that what the left is doing is insidious. It is character assassination on a massive scale. And it is utterly destructive.

Heather Mac Donald has summarized the race-baiting tactics of the left, noting that, “Long before the El Paso massacre, President Trump’s political opponents accused him of sowing ‘division’ with his ‘racist language.’ Mr. Trump ‘exploits race,’ ‘uses race for his gain,’ is engaged in a ‘racially divisive reprise’ of his 2016 campaign, stokes ‘racial resentments,’ and puts ‘race at the fore,’ the New York Times has reported over the past several months.

What the left is doing is insidious. It is character assassination on a massive scale.

“Yet,” she continues, “Mr. Trump rarely uses racial categories in his speech or his tweets. It is the media and Democratic leaders who routinely characterize individuals and groups by race and issue race-based denunciations of large parts of the American polity.”

And while Mac Donald does not downplay the very real presence of white identity politics, she believes that the primary responsibility for racial divisiveness “rests with its main propagators: the academic left and its imitators in politics and mass media.”

Really now, who brings race into almost every conversation, the President or the left? Who provokes hatred and division over race in newscast after newscast, in speech after speech, and in lecture after lecture?

Tim Scott: “Trump is Not a Racist.”

Tim Scott, the only black Republican Senator, was critical of Trump’s “go back” tweets, calling them “unacceptable” and “racially offensive.”

Yet Scott recently said, “There’s no doubt that President Trump is not a racist.”

Specifically, Scott noted, “A racist would never talk about criminal justice reform and how the benefits disproportionately help African-American men. President Trump signed that legislation into law. You would never hear a racist talk about Opportunity Zones and how he came on board full throttle because he wanted to help poor, disadvantaged communities, most of them were consistently African-American and Hispanic communities.

“You would not ever hear a racist — never would you hear a racist talk about providing more research authority, and more resources towards the sickle cell anemia, a disease that impacts disproportionately African Americans in this country,” Scott said. “And yet President Trump signed that legislation.”

The Damage Being Done

And, as Scott pointed out, this means when there are real, race-related problems to address — and there certainly are many — the race card has been played too many times and it’s like the boy crying wolf. No one is listening anymore.

But the damage being done by the left is far worse than this.

We are at the point where CNN’s Jake Tapper can ask Democrat presidential candidate Beto O’Rourke, “Do you think it’s racist to vote for President Trump in 2020?”

How can such a question even be countenanced? Yet it is asked with total seriousness, and you can be assured that many others feel the same way.

O’Rourke, for his part, somehow managed to weave in the president’s ban on transgenders in the military as proof of his racism before branding him “dangerous.”

Similarly, Democrat candidate Pete Buttigieg stated that Americans who vote to re-elect Trump are “looking the other way on racism.”

More directly, CNN contributor Joe Lockhart tweeted, “Anyone who supports a racist or a racist strategy is a racist themselves. 2020 is a moment or reckoning for America. Vote for @realDonaldTrump and you are a racist. Don’t hide it like a coward. Wear that racist badge proudly and see how it feels.”

Anyone who supports a racist or a racist strategy is a racist themselves. 2020 is a moment or reckoning for America. Vote for @realDonaldTrump and you are a racist. Don’t hide it like a coward. Wear that racist badge proudly and see how it feels.

Let me repeat those chilling, damning, irresponsible words: “Vote for @realDonaldTrump and you are a racist.”

Over on MSNBC, host Donny Deutsch opined “that every Trump voter ‘owns’ the entire Trump presidency and that swing voters have to be ‘shamed’ into understanding that you can’t disagree with President Trump on some things without also ‘own[ing] the racism.’”

He said, “I think that’s the message that’s got to get out there: ‘You own it. You own the blood that happens. You own Charlottesville. You can’t do it. You get the whole package.”

And there you have it.

If you vote for Trump, you are a white supremacist and a racist. What’s more, you are responsible for the bloodshed in Charlottesville. You are a murderer!

The scariest thing of all is that these pundits and politicians actually believe what they’re saying. The left has brainwashed itself.