What We Learned from Ted Cruz’s ‘Vote Your Conscience’ Line 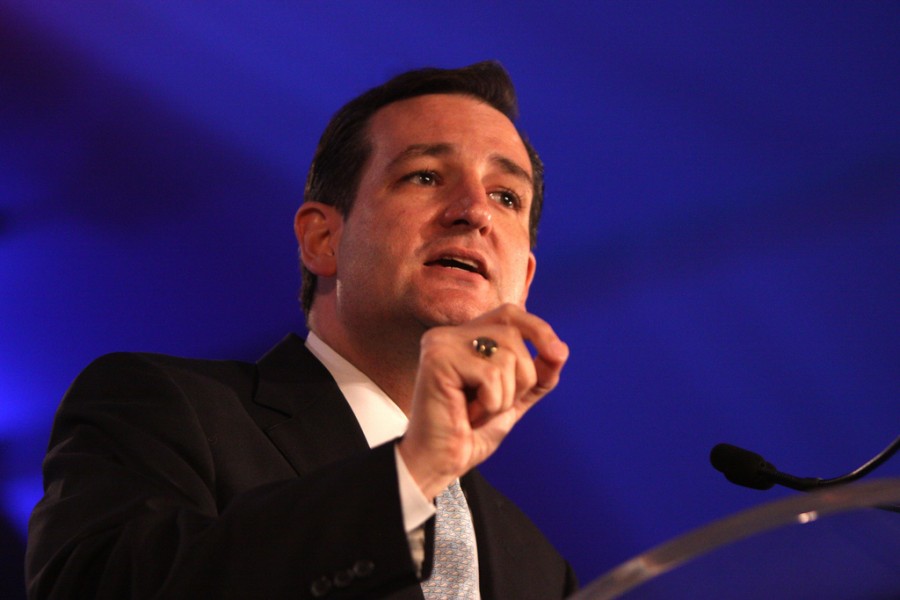 A headline on Townhall.com read: “Analysis: Cruz Boos Dominate RNC’s Penultimate Night.” That is certainly the media consensus, but the question is: What did we learn from Sen. Cruz’s very public non-endorsement of Donald Trump?

The featured story on Drudge announced “Hell’s A-Burnin’,” with a picture of an angry Ted Cruz as if burning in red flames. Breitbart was less graphic but more direct, declaring, “Lyin’ Ted Breaks His Pledge” and “Cruz Booed Off RNC Floor After Failing to Endorse Nominee” among other Cruz-bashing headline stories.

On the one hand, there has been a real effort to unite behind Donald Trump. On the other hand, with notables like George W. Bush, Jeb Bush, Mitt Romney, and even John Kasich absent from the convention, it is clear that the party is anything but unified. The Cruz speech underscored this.

4) Political rhetoric can go too far.

Given the attacks that were launched against Cruz during the campaign, including attacks on his wife, his father, and himself (remember the National Enquirer sex scandal nonsense?) it is not surprising that Cruz was unable to endorse Trump. And let’s not forget that Cruz made his feelings about Trump very clear shortly before dropping out, calling him a “pathological liar,” “utterly amoral,” and “a narcissist at a level I don’t think this country has ever seen.” If words mean anything, without private reconciliation and public apologies, too many lines were crossed for either candidate to endorse the other.

It is true that his speech was submitted to the RNC leadership before it was delivered and Trump himself states that he saw it. So, they all knew he was going to say “vote your conscience” at that point in the speech. Still, it takes chutzpah to actually get up and do it, knowing what’s going to come in response.

6) Despite the delegates’ support of Trump, they welcomed Cruz warmly, perceiving him to be part of their celebration until he failed to endorse.

He received a prolonged standing ovation — quite the opposite mood from the end of the speech — which means that, even without the delegates knowing whether Cruz would endorse Trump, they showed him their respect and admiration. But when he crossed that fateful line of non-endorsement, the respect quickly turned to hostility.

As others have observed, there were quite a few touchpoints that connected Cruz’s speech with Trump’s positions (for example, on destroying ISIS and building a wall), and he did congratulate Trump for his victory. But viewers can now measure Trump’s ideology by the conservative ideology laid out by Cruz. Are they one and the same or do they diverge?

8) When it comes to voting for Trump, “vote your conscience” is a loaded phrase.

Under no circumstances could anyone listening to Cruz think that he would countenance a vote for Hillary, and he did he urge the Republican voters not to stay home in November. So, as Newt Gingrich sought to spin things, this really was a call to vote for Trump. That being said, because of the many concerns about Trump’s character and behavior, “vote your conscience” now becomes an overt non-endorsement. That alone is telling.

9) Donald Trump does not feel he needs Ted Cruz and his camp to win.

Trump must have thought it would be strategic to have Cruz speak at the convention, otherwise there would have been no invitation. But since Trump tweeted that he saw the speech in advance, he must have decided that he can win with or without Cruz’s supporters. Given his success rate so far, it wouldn’t be surprising if it proves true.

Shortly before Cruz spoke, I tweeted, “Here’s my guess on the Cruz speech tonight. He’ll call the party to unify around conserv. principles more than around Trump. So Cruz 2020.” But this was hardly rocket science. Who didn’t know that?

When all is said and done, given that Cruz never promised a Trump endorsement, I’m not entirely sure why he was invited to address the RNC. But if it was a calculated risk, it seems to have backfired, adding another chaotic event to an already chaotic convention. Will the DNC be marked by as much drama and division? I doubt it.

Still, I don’t think it will hurt Trump in the long run — he is increasingly becoming Teflon Don. At the same time, the convention events further solidified Cruz’s reputation as one of the most loved and hated political leaders in the nation.

All the plots have thickened, and all the players were true to form.

Let’s Help Lauren Daigle Rather Than Condemn Her