What I Learned at Christ at the Checkpoint 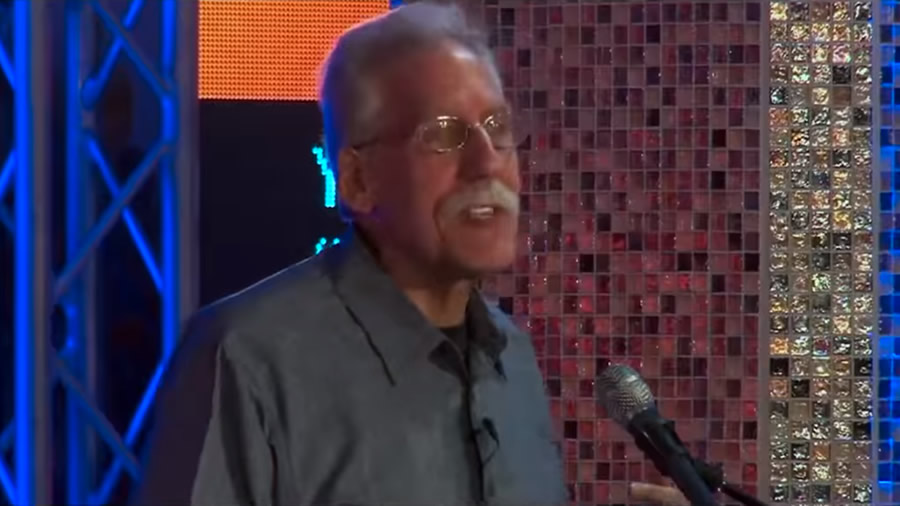 In this screengrab from video, Dr. Michael Brown speaks at the Christ at the Checkpoint conference in Beit Jala, near Bethlehem.

My time at the Christ at the Checkpoint (CATC) conference in Beit Jala, near Bethlehem, was both wonderful and terrible, powerful and painful. As I said to the leaders face to face: The people were even warmer than I expected. Their positions were even worse than I expected.

Regardless of who is right or wrong, the deep chasms that exist can only be bridged through prayer, humility and forthright dialogue. By God’s grace, I am committed to continuing the journey with my newfound Palestinian Christian friends. (For those unfamiliar with the controversies surrounding Christ at the Checkpoint, see here.)

Let me start with the positive, which was very positive.

I was received with open arms and without restriction by the Christian leaders there. They could not have made me feel more welcome, and they truly honored me as a respected brother in the Lord. As for the conference attendees, about 300 in number, they went out of their way to thank me for coming as the lone, public voice of dissent.

The message I brought was quite intense — although bathed deeply with love, which was apparently quite evident — bringing a very public and open challenge. Yet I received applause and even hugs rather than jeers and scorn.

The conference leaders made it clear that their greatest desire is to honor our Lord. I believe and hope that they now count me as a friend.

As difficult as it was for me to bring the message, it must have been difficult for the audience to hear it. Yet hear it they did.

Not only so, but the leaders made clear that their greatest desire is to honor our Lord. They often expressed love for their Jewish brothers and sisters and emphasized that Israel had every right to exist as a secure nation in the Land. They simply wished for equality and dignity as neighbors and friends.

I believe and hope they now count me as a friends.

Palestinian With a Capital P and Christian With a Small C

As for the negative, it was very negative.

Aspects of the conference were embarrassingly political. I even said in my message that the opening night was Palestinian with a capital P and Christian with a small c. These parts were hardly Jesus-centered in approach or emphasis.

And while I understand that an international event of this size would necessitate the presence of Palestinian Authority leadership — as a matter of honor — the Christian celebration of that leadership was beyond the pale. (Should I also mention that one Christian leader was pleased to announce that more churches were joining the BDS movement against Israel?)

On a larger ideological level, I was amazed to see how every possible anti-Israel narrative was enthusiastically embraced. In fact, it seemed to be the only narrative known.

I’m not just talking about our massive differences in perspective (again, regardless of who is right or wrong). For example, for me, Trump’s moving of our embassy to Jerusalem is wonderful. For them, it is dreadful.

But the differences go much deeper.

For me as a Messianic Jew of evangelical Christian persuasion, 1948 marks a glorious, historic event. The rebirth of the nation of Israel. For them, it marks the Nakba, the catastrophe.

For them, the writings of Ilan Pappe, an Israeli scholar who has focused on modern Israeli history, are gospel truth. For me, they represent revisionist, Israel-bashing of the worst kind.

In their eyes, earlier this month, Israel carelessly slaughtered young Palestinian men who were venting their frustration in Gaza. In my eyes, Israel protected itself against a human wave of Hamas-sponsored terror. (The fact that Hamas’s efforts largely failed does not lessen the evil of their intentions.)

Worse still, I have no question that CATC is a seedbed of anti-Semitism, even though the leaders deplore anti-Semitism. (I did not hear a syllable from any of them that could be construed as anti-Semitic. I will defend them against all such charges.)

The overall effect of lecture after lecture and tour after tour was to create hostility towards Israel as a people.

But when CATC encourages attendees to take a tour of the Walled Off Hotel, it’s no wonder that many leave the conference with deep animus towards Israel. The Hotel presents Israel in the worst possible light. It distorts the past and twists the present, openly accusing Israel of ethnic cleansing and genocide. And in many cases, Israel equals the Jewish people. (I hope to produce a video commentary on the Walled Off Hotel in the near future.)

It doesn’t matter how many times the leaders encouraged everyone to love their neighbors as themselves — including their Jewish neighbors. The overall effect of lecture after lecture and tour after tour was to create hostility towards Israel as a people.

If my presence there made any difference at all, I hope it would be in this area. I hope the leaders take my concerns seriously and make some significant changes in future conferences.

God is My Witness

On a theological level, I had no idea that Christian Zionism could be bashed and maligned in so many different ways. (I’m aware there are extreme and unhelpful forms of Christian Zionism, but the bashing was quite generalized and broad.)

It was also extremely unfortunate that a public response was given to my message the moment I finished. (This did not happen with any other messages in the conference.) The response was utterly dismissive. It almost raised the question of why I was invited at all. (I have already conveyed my feelings about this privately to some of the leaders, and they received my words graciously.)

But I do not want to end here on the negative. At an opening dinner for the speakers, we were given a minute to introduce ourselves. I explained that I’d been invited as a dissenting voice and that I came with an open heart, an open mind, and an open mouth.

Hopefully, I spoke what was appropriate, truthful and fair. That’s for others to judge. But I do know that I listened carefully, praying often for God to show me my blind spots and help me to better understand. I also urged those I spoke with, especially the young Palestinians, to speak to me plainly without fear of offending me.

God is my witness that I have not dismissed their concerns.

Speaking in human terms, the situation is nearly hopeless. The good news is that what is impossible with man is possible with God.

To be sure, I learned nothing really new. I am familiar with the many complaints that come regularly against Israel. In fact, Israel’s harshest, most vociferous critics are often Israelis themselves.

But it’s always powerful to look into someone’s eyes and hear their own words as they talk about what they’ve experienced in their lives. (Some of their stories were tragic and quite moving.)

Anything is Possible With God

Naturally, with any situation, there are two sides to the story. In this case the Israeli side and the Palestinian side. I never assume that Israel is guiltless. I’m sure there are many things my people can do better — in some cases much better.

Speaking in human terms, the situation is nearly hopeless. The good news is that what is impossible with man is possible with God.