The Brew: Learn About the Hero Who Exposed Hunter’s Laptop, Plus 1000s of Sudden Deaths TOTALLY Unrelated to the Dead Baby Vax 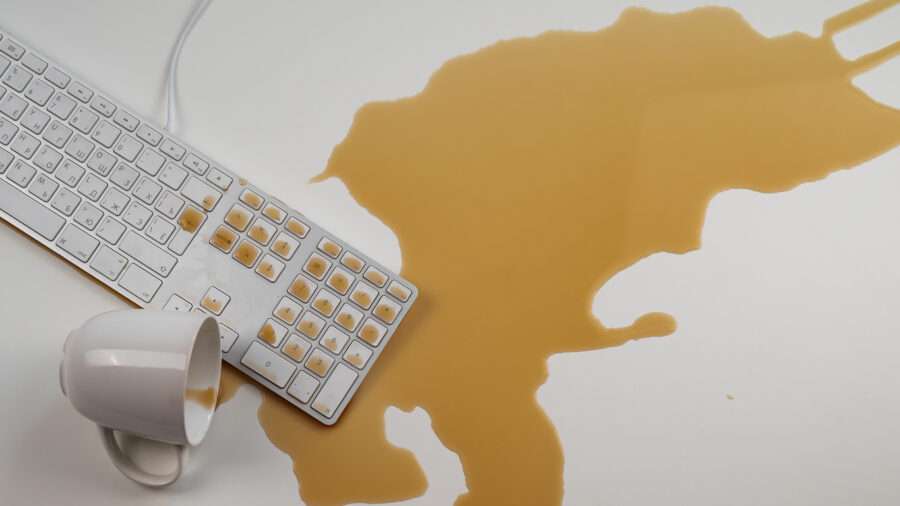 [Al Perrotta is still on vacation. Beg him to come back all you like, but in vain, in vain I tell you!]

You know the fundamental difference between the American Left and the Right? The Left knows how to win.

It maintains internal coherence among its many splinters of crackpots, haters and weirdoes — while the Right gnaws off its own limbs. The Left will flog a narrative as long as it seems to be working, then when it stops it drops and forgets it, like a monkey throwing poop at the wall of its enclosure until one piece seems to stick. The Right agonizes, holds internal grudges, and squabbles for control of its own ever-shrinking institutions. Most of all, like the U.S. Marines, the Left never leaves its wounded on the field. Even flagrant, ridiculous liars like Jussie Smollett and Christine Blasey Ford never take flak from their own side.

The Right, by contrast, acts more like Stalin’s Red Army: “Every man for himself, tovarisch, and the devil take the hindmost!” While the Left’s unashamed to champion actual terrorists like Bill Ayers and Angela Davis, the Right is too squeamish and cowardly to stick up for innocent heroes and scapegoats.

When drug-addled perp George Floyd died in police custody, the Left painted his face in a thousand goofball murals across America. When a Soros prosecutor and an “anti-racist” mob hounded Army combat hero Jake Gardner to suicide, apart from Ann Coulter and The Stream, what you heard from the Right was … silence. The silence of a cowed, defeatist movement. Ditto with driveby perjury victim Mark Judge, apart from (again) The Stream, and the fearless Eric Metaxas.

If we don’t cut out the self-cannibalism and overcome our cowardice we’re doomed to lose and deserve to. Here’s a chance to change course: The courageous truth-teller John Paul Mac Isaac saw his life destroyed after he exposed the contents of Hunter Biden’s squalid laptop full of evidence. The FBI wanted to sink the thing to the bottom of the sea, but Mac Isaac sent copies to Trump allies. That’s the only reason we even know it exists. So of course, Mac Isaac was scapegoated by a disciplined, ruthless Left. And left to twist in the wind by a clueless, timid Right.

Except we don’t have to leave things there. Mac Isaac has a new book coming out. Why don’t we make it a best seller? Gateway Pundit reports:

John Paul Mac Isaac didn’t think he would ever be able to tell his story. When the word got out that he was responsible for handing the Hunter Biden laptop to the FBI and later a copy to a lawyer of the President, his life was changed forever. The truth about the laptop and his actions were banned, blocked, and suppressed, while the narrative of Russian disinformation was circulated by the FBI and our intelligence community and a complacent mainstream and big tech.

In late August 2020, [Mac Isaac] overnighted a copy of the laptop to Rudy Giuliani’s lawyer, Bob Costello. The fallout from his exposure escalated rapidly, and he was forced to shut down his business, flee the state and go into hiding. John Mac Isaac wrote this book to defend his actions and to hold these criminals accountable. It is a cautionary tale of what can happen when our politically weaponized federal agencies and our trusted and relied-upon mainstream and big tech collude to suppress real corruption with real consequences.

While you’re at it, why not order Mark Judge’s book too, which exposes how our Stasi Media work with the seamless coordination of army ants picking clean a fallen squirrel? We must learn from our enemies’ tactics, while we still have some hope of resistance.

We Guinea Pigs Are ‘Dying Suddenly’ by the Thousands

Remember when the Left was trying to get millions of people fired, prevented from traveling, and otherwise punished for refusing to take the untested Dead Baby Vaccine, while banning safe medications like Ivermectin? You’re not supposed to. You’re supposed to forget about that global test-run for a public health dictatorship, and not hold its authors accountable.

But that’s kind of hard to do, as thousands of young people come down with myocarditis thanks to the vaccine, and athletes and other healthy people “die suddenly” after getting vaxed. Stew Peters has released a full-length documentary on this phenomenon:

Healthy adults are dropping dead all across the globe. In the last 18 months, the term “Died Suddenly” has risen to the very top of “most searched” Google terms. Now, the award-winning documentary team that brought you “Watch The Water” and “These Little Ones” travels around the world to find answers, and tell the stories, of those who Died Suddenly.

Watch it on Rumble, and share it with friends who wrote you off as crackpot two years ago:

Inflation Is Just a Concept Made Up by Republicans, but Your Thanksgiving Dinner Costs 20% More Than Last Year

The alert observers at the Conservative Treehouse noticed a report that refutes Joe Biden’s posturing on inflation. They cited an American Farm Bureau report on basic prices for Thanksgiving Day foodstuffs:

Spending time with family and friends at Thanksgiving remains important for many Americans and this year the cost of the meal is also top of mind. Farm Bureau’s 37th annual survey provides a snapshot of the average cost of this year’s classic Thanksgiving feast for 10, which is $64.05 or less than $6.50 per person. This is a $10.74 or 20% increase from last year’s average of $53.31.

The centerpiece on most Thanksgiving tables – the turkey – costs more than last year, at $28.96 for a 16-pound bird. That’s $1.81 per pound, up 21% from last year, due to several factors beyond general inflation. 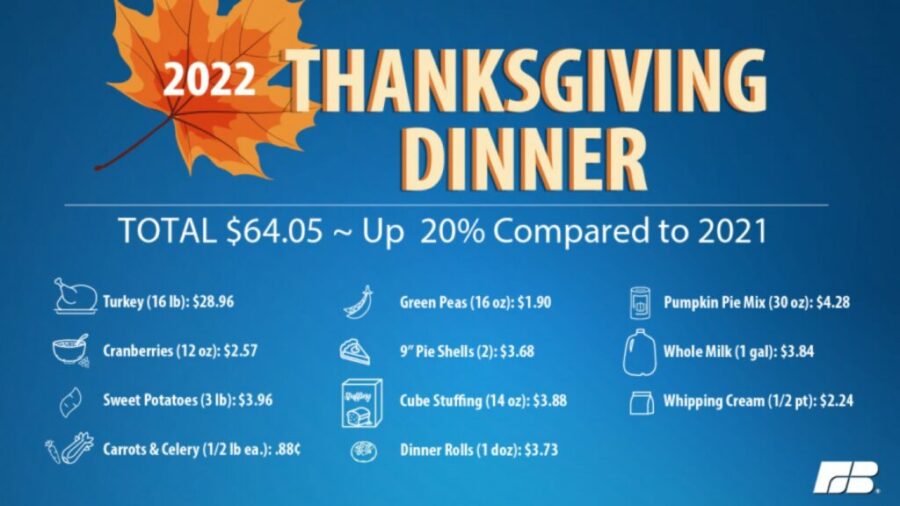 The Chamber of Commerce Hates Trump … and You

The same site, Conservative Treehouse, offers a thoughtful commentary on the deeper issues at stake in the struggle for the 2024 presidential nomination:

It is critical to understand, the MAGA economic policy is essentially a national policy completely, and uniquely, under the control of the office of the President. The impact to the lives of Americans is a direct outcome from national economic policy. If a president wants to lead an independently wealthy country, he/she applies a very specific economic outlook to all other policy areas including energy, regulation and foreign policy.

It is also true that opposition to President Donald Trump is uniquely connected to the America-First economic agenda.

Multimillion-dollar lobbyist firms like the U.S. Chamber of Commerce and the Business Roundtable, along with dozens of economically established SuperPAC’s funded by Wall Street and multinational corporations, are vehemently opposed to the America-First economic agenda.

This is that time of year, when Thanksgiving gives way to a long, long season of shopping and festivities during the season of Advent, which Christians traditionally marked as a season of penance. The violent clash of two incompatible seasons and their customs reminds me of my very favorite holiday film, which I think every American child needs to watch.

I speak, of course, of Tim Burton’s musical classic The Nightmare Before Christmas. This witty, good-hearted, and actually moving comedy depicts a hostile takeover of Christmas season — not by commercialism and shopping, but by Halloween and its denizens. Magnificently animated, and blessedly free of politics, this film will please all ages, and might make the perfect thing to stream on Thanksgiving night.

This afternoon, ponder my sage pastoral advice: “Keeping Peace at a Holiday Dinner: Some Conversational Gambits to Placate Your Doomed Woke Kin.”