No child should have to lose his or her father to gender confusion. 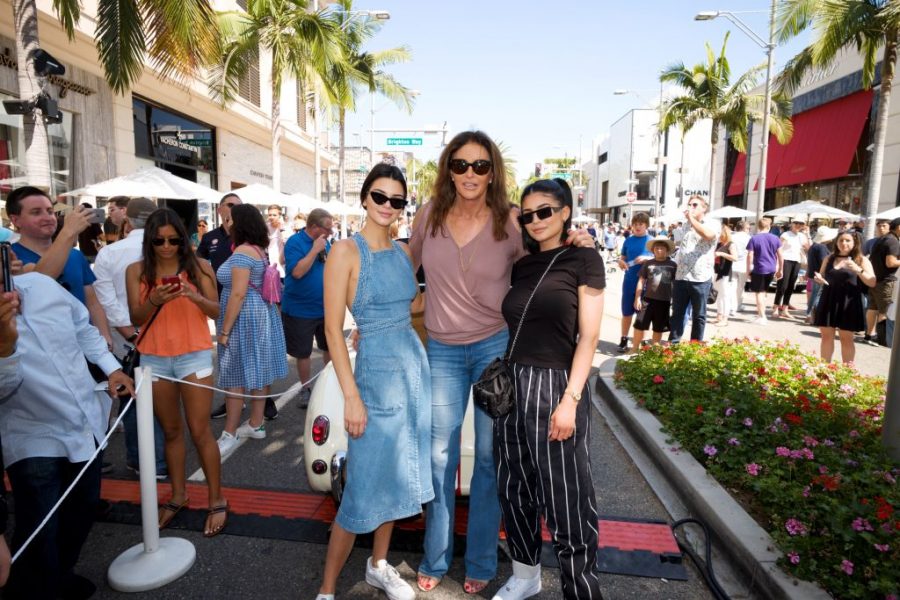 Can someone please explain this to me? Let’s say you’re a teenage girl and your father decides he is really a woman. Does he now become your mother? Do you think back to all those father-daughter times you enjoyed together and say, “Those were really mother-daughter times”? Do you now honor him on Mother’s Day?

If you think these are abstract, non-controversial questions then either: A) you’re not aware that such questions are becoming increasingly common; or B) you haven’t been following the news about Kylie Jenner, daughter of Bruce “Caitlyn” Jenner.

As Amanda Prestigiacomo wrote, “On Father’s Day, Kylie Jenner posted old photos of her father, Bruce Jenner, pre-transgender surgeries, captioning the post, ‘so lucky to have you.’”

That seemed like a nice, honoring thing to do. And it certainly reflected her memories growing up with her dad. (Click here for one of the touching Instagram photos.)

Again, this is simple reality. Yet it is a sad reality. In the words of Kylie’s sister Kendall in 2015, “My dad is my dad, but he’s not there physically anymore. But she lets me call her dad — that’s the last little piece of dad I’ve got.” (This one phrase reflects the confusion and pain of transgender identity: “she lets me call her dad.”)

Not only so, but Leonardo Blair reports that in 2015, Kylie recounted her father telling her, “No matter what I’m always going to be your father. That’s never going to change.”

And how did the internet react to Kylie’s thoughtful gesture? Prestigiacomo notes that “SJW social media commenters didn’t cut Kylie any slack. They spammed her Father’s Day post and ridiculed her for daring to post photos of her father as Bruce, the man who raised her, and using the ‘incorrect’ pronouns.”

Of course, she was also blasted for being “transphobic.”

But why is this transphobic? How can it be transphobic to call him her dad when he is her dad? He fathered her biologically — rather than conceived and carried and birthed her — and he raised her as dad, not mom.

One critic posted, “just a tad bit awkward that she didn’t post any pictures of Caitlyn … way to be ‘accepting’. It’s not even a thing about growing up and calling her dad and some sort of comfort, it’s the fact that she doesn’t acknowledge Bruce as a woman.”

How can it be transphobic to call him her dad when he is her dad?

Another critic wrote, “#shecanthandle #ashamed #homophobe #transphobia im so sorry @caitlynjenner you deserve better, unconditional love. Kris is running amuck letting your teen kids get kn—ed up. Help Kylie she needs it desperately. Before she’s too far gone. Your other daughters have failed you too. And Im sorry.”

Aside from asking how “homophobe” made its way into this post (really?), this ridiculous attack misses the whole point. It is the father’s responsibility to be there for his children, not the children’s responsibility to reimagine their father as their mother. (If he does not become their mother by becoming a woman, then are the kids supposed to embrace their father as a woman who is somehow close to them? I addressed this quandary recently.)

What is especially disturbing about transgender activism is that you can actually change your birth certificate later in life. It’s as if you’re able to travel back through a time tunnel and adjust what happened on that momentous day. “I was actually born female, not male” (or the reverse).

But isn’t the birth certificate there to record a historic, biological event? If not, of what use is it?

Yet all hope is not lost. At the time of this writing, Kylie’s childhood, Instagram photo, mentioned above, had more than 4.6 million likes. Perhaps not everyone has lost perspective? Perhaps the critics are in the tiny minority?

And when it comes to gender realities, despite the LGBT-affirming policies of Facebook, Twitter, and YouTube, on their analytics, they still have only two categories: male and female.

That’s one reason I believe that, in the end, biological realities will prevail. If not, prepare for a world beyond mad.

For the moment, with Father’s Day just a few days behind us, I hope that every father who identifies as a woman will find wholeness by re-embracing his real identity as a man. I also hope that no child will lose his or her father to gender confusion. That’s not the way it was supposed to be.